Four Weeks Into College Football: What Do We Know? 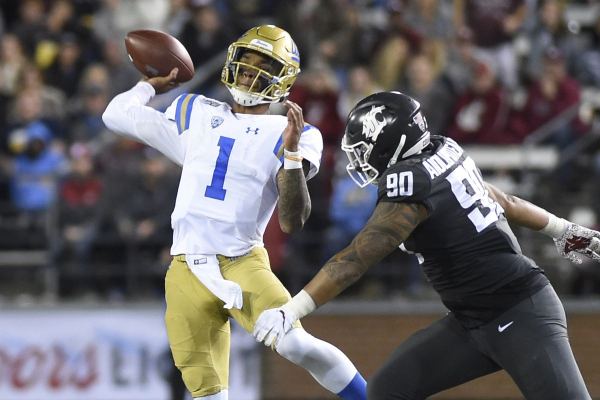 After Week 4, it seems that we don’t know everything that we thought we did

After four weeks of college football, as we seem to finally get a handle on things, the whole axis gets flipped on its head. It’s time to analyze some of the things that we thought were clear and are now far more unclear. This should help ease the understanding a bit more, and if anything, get us closer to nailing down our wagers for the rest of the season.

Michigan is a Mess

If Week 2’s “victory” over Army showed us, Michigan is in major trouble. Their quarterback play has been horrendous, and from the coaching staff, defense, and even special teams, this school is just an absolute mess, top to bottom. There is nothing to really say of positivity regarding Michigan, and after this latest loss to Wisconsin, it’s clear that Michigan is a dumpster fire of epic proportions, and frankly, the fact they were ranked coming into the season is a bit of a mystery.

This is a program that has been perennially hyped since head coach Jim Harbaugh first took over, and since then, Michigan has failed on every critical key performance indicator: beating Ohio State and making the College Football Playoff.

Michigan has failed in every aspect in those regards and has been unable to win the Big Ten. So why are we hyping this team up every season? They got smoked by Wisconsin on the road, ok; but still, let’s file this season in the “F” section of our folder under “Failure.”

BYU Is Who We Thought They Were

BYU, which has been a favorite of degenerate gamblers for many years now, pulled off miraculous upset victories over Tennessee and USC. These games, although impressive, in retrospect were not over the best of competition. As a result, it’s apparent that people were expecting the Cougars to take out the Huskies of Washington, a team that has won the Pac-12 and made a playoff game.

Of course, in epic fashion, the Huskies absolutely annihilated the Cougars, and just like that, they came back to planet Earth, sans any revelry.

To quote a very famous handicapper, it’s apparent that Dorian Thompson-Robinson, QB of UCLA, is finally “ready to roll.” The highly-touted field general and first-year football-slinger has been much maligned for poor performances to start the season. That was until he capped off an unbelievable 32-point comeback victory over the 17.5-point favorite Washington State Cougars, who were ranked and one of the Pac-12 favorites to cruise to a possible conference title.

DTR showed off his wheels as well as his pinpoint accuracy in an impressive victory that coincided with the Bruins’ first win of the season, a win that may trigger the momentum that the Bruins need to get better and improve.

As one of the country’s youngest teams, the historic victory they pulled off Sunday morning (the game ended at around 2 am EST), shows that this is a team that is ready to play ball at a high level once all of the pieces come together. And without a doubt, DTR showed the haters that much of the ire sent his way was not only unnecessary, but it was undoubtedly premature.

Pitt Is Still the Upset King

Another year, another highly-favored, ranked team going down to the Pittsburgh Panthers, who have a knack for ruining people’s parades. Coming in as 10.5-point underdogs, the Panthers pulled off a ridiculous 35-34 victory over the UCF Knights, who came in ranked 22nd in the nation.

After UCF fans were ready to shut up the “haters” calling them out for not beating anyone worthy, what do you know, they actually lost to a very mediocre ACC team, snapping a 26-game non-bowl winning streak.

Still plenty of football left, but hey, we know slightly more than we did last week, right?