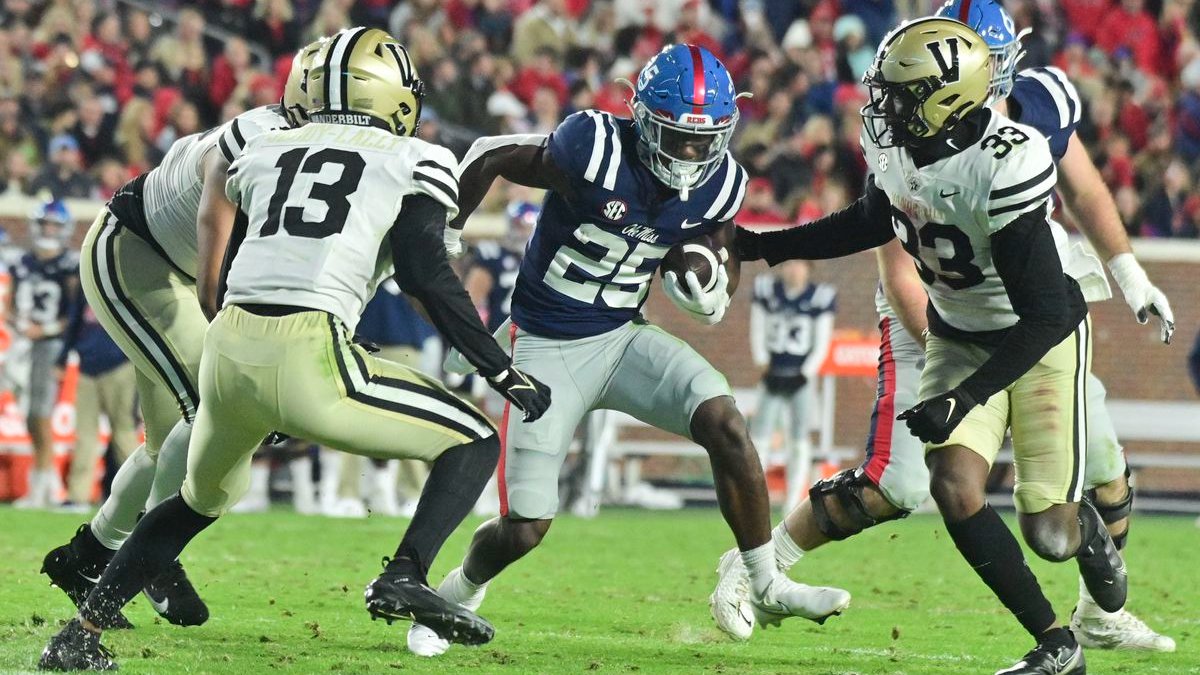 The annual Egg Bowl is a fierce and underrated college football rivalry. Ole Miss is the better of the two teams this season for sure, but Mississippi State is not a program to be taken lightly.

The success of the Rebels has Lane Kiffin as one of the main names in the college football coaching carousel. Will he end up at SEC West rival LSU? Will he go to Florida? Or will he stay at Ole Miss? You have to love him for the headlines he generates.

Mike Leach’s tenure with Mississippi State has been more ho-hum. They seem to be getting his Air Raid offense down though. The Bulldogs have some impressive wins this season and are looking for one more to enhance their bowl options.

College football betting odds for Ole Miss vs Mississippi State are via FanDuel Sportsbook as of Wednesday, November 24, 2021 at 10:20 a.m. ET.

It is because of the success on the field–and the lack of upward mobility in the SEC West at Ole Miss–that Kiffin is a hot name in coaching circles. The Rebels are ninth in this week’s College Football Playoff rankings, and a win could bring them a Sugar Bowl berth. QB Matt Corral has already announced he is going to go pro, so unless Kiffin gets Arch Manning there might not be a great reason to stay in Oxford much longer.

While he is there you can count on the Rebels being a very fun offensive team. They are great at taking what the defense gives them and against the Bulldogs, they should have no trouble moving the ball. Corral has been banged up over the second half of the season, which has had an effect on his numbers and his Heisman candidacy. But the threat of the big play is always there with the Rebels, and the Bulldogs must keep it tight on defense. Ole Miss won last year’s game in Oxford, but they have only one road win on the season.

Bulldogs Seek Another Upset Win to Close Out Solid Season

It has been a pretty good second season for Mike Leach down in Starkville. The Bulldogs have banked some nice wins this season, beating North Carolina State, Texas A&M, and Auburn on the road and Kentucky at home. Like Ole Miss, they could be a serious contender for a New Year’s Six Bowl were it not for three close losses to Memphis, LSU, and Arkansas. If there were any questions about if the Air Raid could work in arguably the top conference in college football, those questions have been answered.

The offense has come together thanks to the efficiency of QB Will Rogers. Rogers leads the FBS in completions, attempts, and completion percentage, and is second in passing yards and sixth in touchdowns.

The Bulldogs are stout against the run and will try and make the Rebels one-dimensional. They play defense, but they have not had success against really good offenses. This game will be a chess match all game long.

This one is going to come down to which offense can figure out something that works the fastest. Both are going to be able to move the ball between the 20s, but finding success in the red zone or being able to create big plays will make the difference. I like the Ole Miss side because they can be a little more versatile in the pursuit of points. They are more explosive too, and Corral is a difference-maker because he can run.