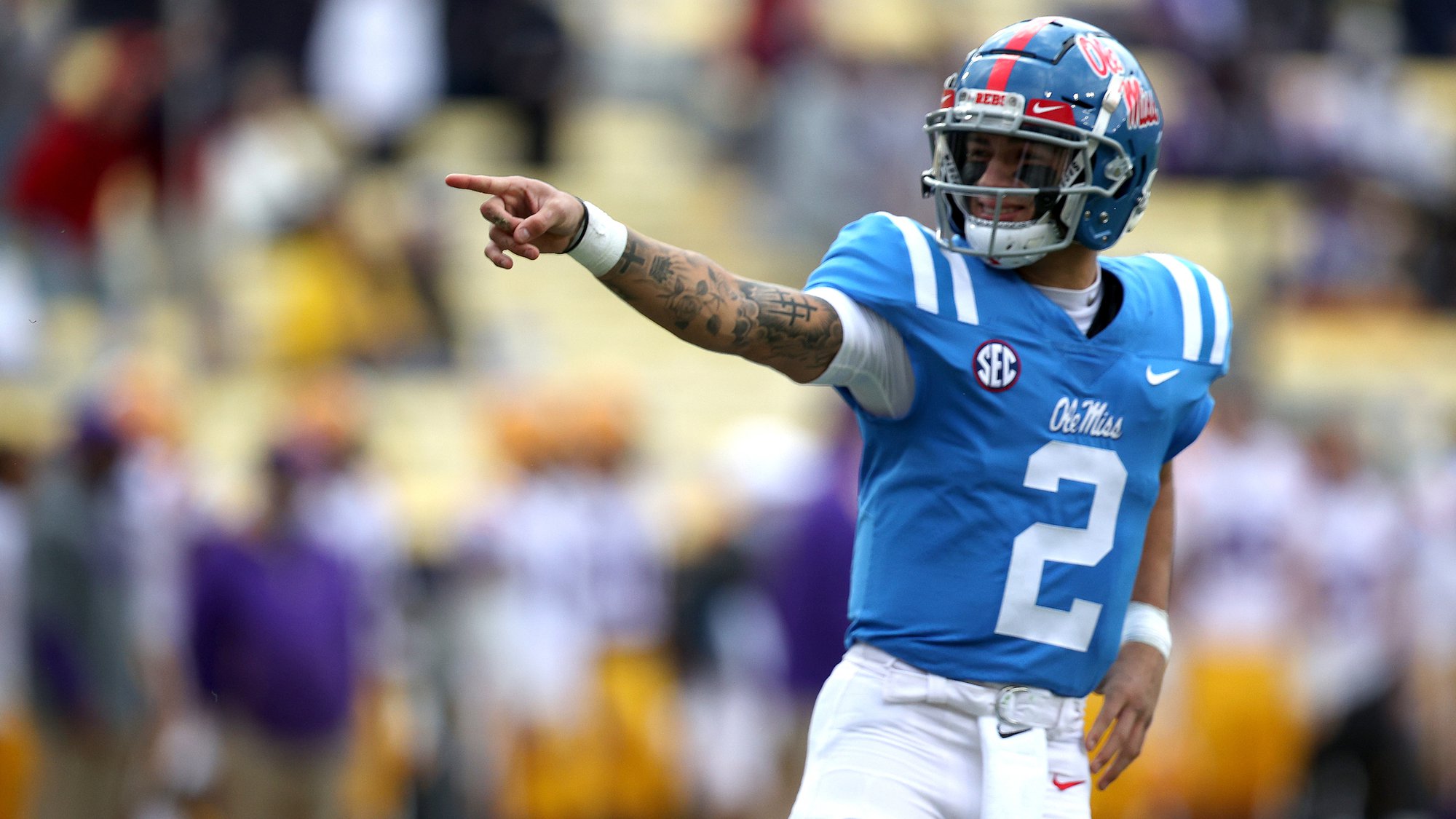 Should Alabama somehow falter over the next month, Ole Miss and Auburn are the two teams best positioned to steal the SEC West title. Only the Rebels still have a legitimate chance to end up in the College Football Playoff unless utter chaos breaks out, but Auburn would love nothing more than to deny their in-state nemesis the chance to defend their national title.

With Georgia taking on Florida this is not technically the game of the week but there is a lot at stake for both programs. Even if Alabama claims the SEC West, the winner of this game has a great chance of ending up in a New Year’s Six Bowl.

College football betting odds for the Ole Miss Rebels vs Auburn Tigers matchup are via FanDuel Sportsbook as of Friday, October 29, 2021 at 1:42 p.m. ET.

Ole Miss won and covered last week against LSU but failed to score in the first quarter and fourth quarter. Heisman candidate Matt Corral was banged up coming into the game and has his least productive game of the season. He is not on the injured list this week, and a big game at Auburn would be a boost for his Heisman hopes, especially as it would be against one of the better defenses in college football.

Speaking of defense, the Ole Miss defense is going to have to provide some support if they are going to get the win. That group has not always held up its end of the bargain. However, they did hold LSU to a season-low 17 points and forced three turnovers, which allowed the offense to take over after being held scoreless in the first quarter.

Auburn’s only SEC loss is to Georgia, and their only other loss was at Penn State. Quarterback Bo Nix has been better lately, and he threw for a season-high 292 yards in their win at Arkansas last time out. Auburn’s offense has some decent balance when Nix is on, as they also average almost 200 rushing yards per game.

Auburn is sound defensively and has an advantage on that side of the ball. But the Rebels have scored at least 31 points in every game this season, and for the Tigers to stay in the game, they are going to have to move the ball and score. That is exactly what I expect to happen. This night game will have a great pace to it, and whoever scores last probably wins it. Look for both teams to top the 30-point mark.

The 2022 Formula 1 season is only six races deep, but the race for this season’s championship alerady appears to be down to just two drivers. Last season, Red Bull driver Max Verstappen claimed his first Formula 1 World Drivers’ Championship in highly controversial circumstances, with Lewis Hamilton denied what would have been a record-breaking END_OF_DOCUMENT_TOKEN_TO_BE_REPLACED