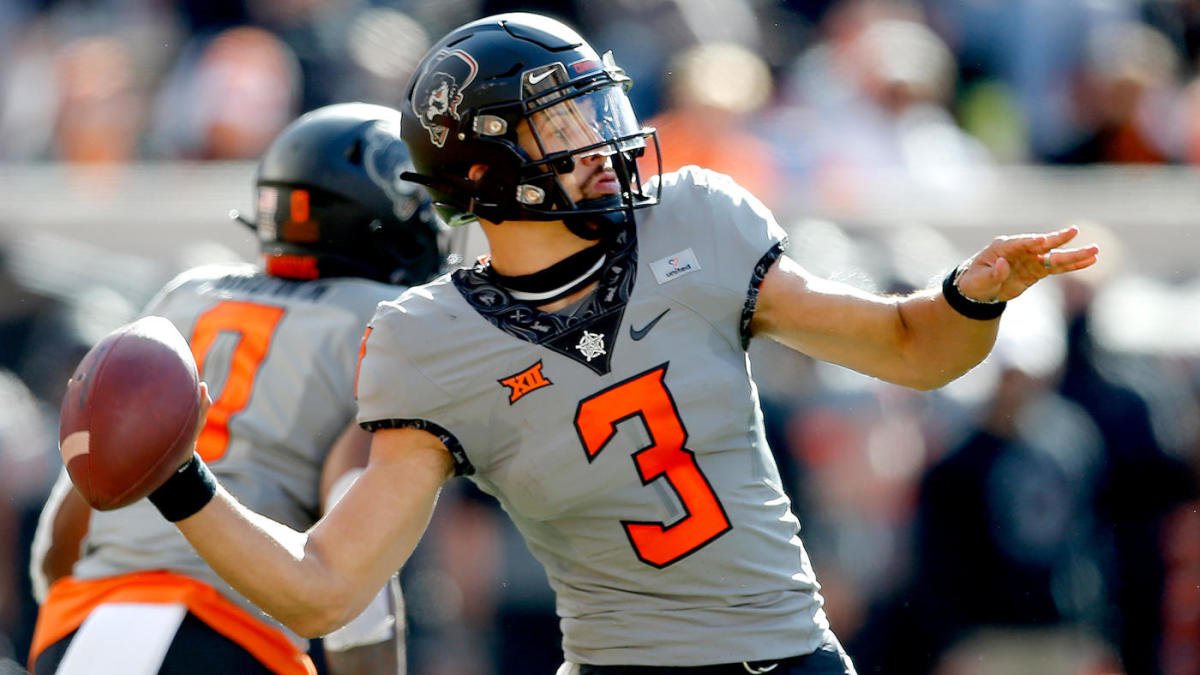 Oklahoma State is probably not a likely College Football Playoff participant, but the first rankings show that they have a chance and a path. They have to keep winning though.

West Virginia doesn’t have as much to play for though. But the Mountaineers upset Iowa State at home last week and have their sights on crushing another ranked team’s dreams this week.

The Cowboys are short favorites on the road, which is not surprising after West Virginia’s upset of Iowa State. This looks to be a rugged game that is probably decided in the fourth quarter.

The Cowboys are only a three-point loss at Iowa State from being undefeated. Last week they dominated Kansas, but everyone has done that other than Oklahoma.

Oklahoma State is all about defense this season. They are in the top ten in the country in rushing and total yards allowed and are giving up just 19 points per game. QB Spencer Sanders is not playing great, but he is getting the hang of being a game-manager. Jaylen Warren is emerging as one of the top running backs in the Big 12 and all of college football. They have enough offense to get the job done.

West Virginia just beat that same Iowa State team that Oklahoma State lost to. They have won two in a row and are 5-3 ATS, so they cannot be completely discounted. But with the Mountaineers, it is hard to find what they do really well. That is why they have had some struggles against quality teams.

QB Jarret Doege can be a little loose with the ball sometimes but survived two interceptions against the Cyclones to have arguably his best game of the season. Leddie Brown is a solid runner, but overall the QB does not have much to work with. West Virginia competes on defense, but they are not as good as they were a year ago.

If you throw out the Kansas game you can see that the Cowboys are playing lots of close games this season. I think this will be another. Oklahoma State also has the knack for shutting down opponents in the second half. Look for that to happen in this one, and once West Virginia starts pressing, it is game over.

It has been a miserable month for the Seattle Mariners, and things are unlikely to get any better tonight as they welcome AL Cy Young Award favorite Justin Verlander and the Houston Astros to T-Mobile Park. After just missing out on the MLB playoffs last season, the Mariners entered this season with hopes of finally END_OF_DOCUMENT_TOKEN_TO_BE_REPLACED