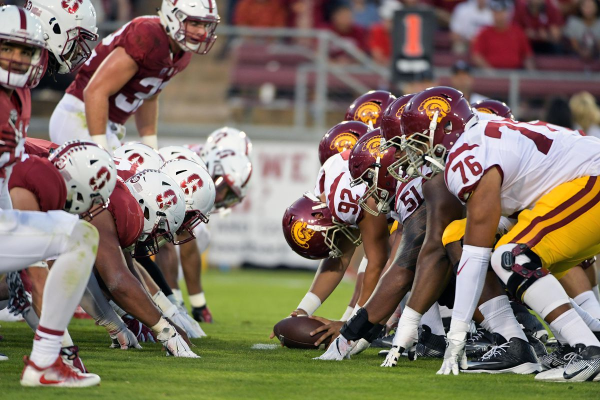 The week in college football was highlighted by a couple major rule changes that were announced on Wednesday. Let’s check them out, among the other headlines from the past week.

The NCAA has finally instituted a transfer rule that is just and sensible. In short, players will no longer have to ask permission from their school in order to transfer, meaning schools can no longer block players from moving to different schools. Under the new rule, the student-athlete will tell the school that he wants to transfer and within two days the school will place the player’s name into a database. Once in that database, coaches from other teams will be free to contact that player. To be frank, this rule is long overdue.

The NCAA Division 1 Council has also given more leeway to redshirting players, most notably freshman. Football players will be able to play in up to four games without losing their ability to redshirt. This will make it easier to redshirt players who suffer serious injuries early in the season. It will also allow coaches to see freshman play early in the year and decide whether can contribute or would be better off sitting out. Perhaps more importantly, coaches won’t have to worry about burning a player’s redshirt by putting them into a game to replace an injured player, which will help prevent injured players from returning to a game if they’re not fit to do so.

One player whose eligibility could be uncertain for this fall isVirginia Tech quarterback Josh Jackson. According to reports, the sophomore quarterback has an academic issue that he’s waiting to be resolved. The exact issue is unclear, but the news is no doubt unsettling for the Hokies. Jackson flashed incredible potential as a freshman last year, throwing for over 2,700 yards and 19 touchdowns while also doing damage as a runner. If he’s ruled ineligible for the season, Virginia Tech’s chances of competing in the ACC Coastal take a serious hit.

Speaking of quarterbacks, one has found a new home. Former Clemson signal caller Hunter Johnson announced earlier this week that he’s chosen to transfer to Northwestern. Despite being the no. 1 pocket passer in recruiting circles in 2017, Johnson slipped to third on the depth chart after spring practice. He will have to sit out the 2018 season, although the Wildcats plan to have senior Clayton Thorson return as their starter once he is fully recovered from an ACL injury. That means Northwestern’s starting quarterback spot will be open when Johnson is eligible to play in 2019.

There are unconfirmed reports that the NCAA is ready to add three additional bowl games starting in the year 2020. That will make the total number of bowls 43, meaning 86 teams (65% of FBS programs) will go bowling. Myrtle Beach and Chicago are reported the sites for two of those games. The Chicago Bowl, as it’s likely to be called, will be played at Wrigley Field. It will compete yearly with the Pinstripe Bowl at Yankee Stadium for coldest temperature at kickoff

The University of Houston must have one heck of a graduate school. The Cougars have added their sixth graduate transfer of the offseason in former Notre Dame cornerback Nick Watkins. A native of Texas, Watkins will be heading back to his home state for his final year of eligibility. Watkins started nine games for the Irish last season and should have no problem carving out a role on Houston’s defense this season.

It may be the offseason, but the WisconsinBadgers have been hit by the injury bug. According to head coach Paul Chryst, defensive ends Garrett Rand and Isaiahh (yes two h’s) Loudermilk are both on the end. Rand, a junior, suffered an Achilles injury during offseason workouts. Loudermilk, meanwhile, had surgery back in the spring. Both contributed to the Wisconsin defensive line last season, and after the Badgers lost three defensive ends to graduation, Rand and Loudermilk were penciled in as starters heading into fall camp. The status of each player is up in the air for the upcoming season, which could be problematic for the Wisconsin defense.

Unfortunately, we have to end on a sad note. Maryland announced Wednesday night that offensive lineman Jordan McNair has passed away. While the exact cause of death is not yet known, he was hospitalized last month and reportedly received a liver transplant. Per his family’s request, Maryland has not shared many details about McNair’s health issues with the public. McNair played in one game last year as a true freshman. He was just 19 years old.