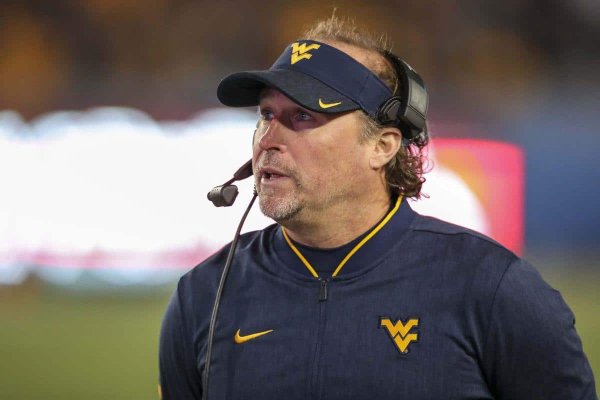 The national championship game between Clemson and Alabama is on tap for tonight to conclude the college football season. However, there is still a lot of other things going on, so let’s catch up on all the headlines from the past week.

Dana is the Man

In an expected move, Dana Holgorsen has left West Virginia to become the head coach at Houston. Holgorsen has spent the last eight seasons as the head coach at West Virginia, going to seven bowl games during that span and running a consistent program. However, the Mountaineers seem to have reached a plateau in the Big 12, failing to become true competitors for a league title. Holgorsen spent the 2008 and 2009 season as an assistant at Houston. He replaces Major Applewhite, who lasted just two seasons as head coach after taking over for Tom Herman.

Replacing Holgorsen at West Virginia will be Neal Brown, who was formerly the head coach at Troy. Brown was 4-8 in his first season at Troy in 2015 but has led the Trojans to 10 or more wins in each of the last three seasons, including three bowl wins. However, he has a big challenge ahead of him at West Virginia, who now has to overcome both Oklahoma and a resurgent Texas program at the top of the Big 12.

Just days after Georgia’s disappointing loss in the Sugar Bowl, backup quarterback Justin Fields announced that he’ll be transferring to Ohio State. Fields was the no. 1 recruit in the country last year, so getting him is a big deal with the Buckeyes, who will presumably lose Dwayne Haskins to the NFL.

Fields will apply for a waiver that will allow him to be eligible right away using a racially charged incident last fall as the main reason he should receive a hardship waiver. If he gets one, it will set up an intriguing competition between him and Tate Martell, who backed up Haskins this past season. Of course, when there is a decision one way or another on if Fields will be able to suit up for the Buckeyes in 2019 remains to be seen.

Oklahoma’s Lincoln Riley was rumored to be in the running for some NFL jobs, but it appears he’s staying at Oklahoma for the time being. Despite losing to Alabama in the CFP semi-finals, Oklahoma and Riley have agreed to a contract extension, pending approval from the Oklahoma Board of Regents. Regardless of the terms, the new contract indicates that Riley will be at Oklahoma for a long time to come.

Over the weekend, North Dakota State wrapped up another FCS national title, beating Eastern Washington in the championship game 38-24. The Bison have now won seven FCS national championships, and all have come in the last eight seasons. Even Nick Saban and Alabama are jealous of that kind of dynasty.

There’s been plenty of talk over the past couple of weeks about the College Football Playoff expanding to eight teams. However, it may not be as inevitable as some people believe. CFP executive director Bill Hancock commented this week that the playoff is likely to remain at four teams for the length of its 12-year contract. With this being the fifth year of the format, that could mean seven more years without the possibility of expansion. Hancock says on Monday he has plans to meet with all of the conference commissions as well as the university presidents and they will “think about whether to think about a format change.” In short, don’t get your hopes up just yet.

Unfortunately, we’ll close with a couple of pieces of bad news. First, there was the sudden passing of Cal cornerback Bryce Turner. He was hospitalized on December 30 after suffering what his family called a “medical emergency” while working out. Turner passed away on Sunday after a week in the hospital, but the school has not given a specific cause of death. He redshirted in 2017 after transferring from junior college and played in one game for Cal this past season. He was just 20 years ago.

Also passing away this week was Purdue fan Tyler Trent. Trent became well-known this past season for his fight with cancer as he attended Purdue. He developed a relationship with Purdue coach Jeff Brohm and became a source of inspiration for the Boilermakers all season. Before his death, Tyler was able to travel to watch Purdue in the Music City Bowl. He was also just 20 years old.