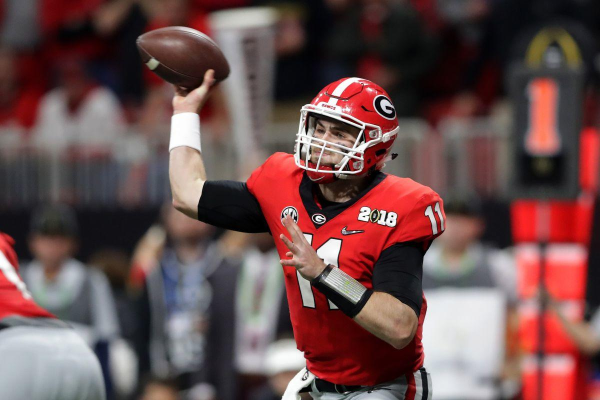 Bowl season is officially in full swing. However, we’ll have a few days off for the holidays until the big-time bowl games get started later this week. In the meantime, let’s check out all of the important college football news happening away from the field.

The biggest news of the week comes from Michigan quarterback Shea Patterson, who announced he will return to school for his senior season. With a full year of experience in Jim Harbaugh’s offense, Patterson could be poised for a big season in 2019 as the Wolverines look for redemption after a disappointing finish to their 2018 campaign.

Arizona’s Khalil Tate will also be returning for his senior season. Tate began the 2018 season as a Heisman hopeful but struggled to adjust to a new offense under Kevin Sumlin. The Wildcats ended up falling short of a bowl game in what was a frustrating season that had many believe Tate would leave Arizona. However, Tate will stick it out at Arizona and get one more chance of putting together the big season most envisioned for him this season.

With Jake Fromm ahead of him for another year, possibly two, Georgia’s backup quarterback Justin Fields is considering his options. Fields appeared in the NCAA transfer portal earlier this week. Being in the portal allows other schools to contact him, although he may not be a given that he will leave Georgia. Fields is still practicing at Georgia, as the coaching staff tries to convince him to stay. If he leaves, Fields may use racist comments directed at him earlier this year to apply for a hardship waiver to become eligible right away. While nothing is set in stone, Ohio State appears to be the leading favorite for where Fields lands.

Another quarterback on the move will be Florida State’s Deondre Francois. Having just graduated, Francois has the opportunity to seek a graduate transfer somewhere. Francois could also choose to put his name into the NFL draft. After a rough season in Tallahassee, the only thing for certain is that Francois is leaving the Seminoles. Whether he chooses the NFL or another school remains to be seen.

Later this week, Cal will face TCU in the Cheez-It Bowl, but not before saying goodbye to seven players who announced last week they would be leaving the program. The biggest name of the seven is quarterback Ross Bowers. He started all 12 games last season and began the 2018 campaign as the starter, only to be quickly benched. Bowers will likely be a grad transfer, enabling him to play right away next season at his new school.

Aside from Fields, Francois, and Bowers, there are even more quarterbacks who will be on the move this offseason. South Florida quarterback Brett Kean will seek a grad transfer after graduating in May. Kean backed up Quinton Flowers for two years and did the same for Blake Barnett this past season. Elsewhere in the state of Florida, Miami freshman Jarren Williams announced his intentions to transfer earlier this week. Williams was one of the top quarterbacks in the 2018 recruiting class. However, he likely doesn’t see a path toward the starting job with redshirt freshman N’Kosi Perry emerging as the team’s starter this past season.

Last but not least, several players have already found a new home after deciding to transfer. Here is a quick rundown of players who have chosen a new school.

Defensive tackle Darrion Daniels has left Oklahoma State and will head to Nebraska as a grad transfer. He started 10 games in 2017 but was limited to just four games because of injury in 2018, allowing him to redshirt. He joins a Nebraska defense that needs as much help as they can get.

Miami wide receiver Jeff Thomas is heading back to his home state, as he will transfer to Illinois. Thomas was a top-100 recruit a couple of years ago and caught 52 passes with five touchdowns in two seasons with the Hurricanes. He will likely sit out a year and then have two years of eligibility for his home-state school.

Michigan defensive tackle Aubrey Solomon is leaving the program for Tennessee. He was a top-100 recruit in 2017 but was held back due to injury this past season. Solomon will likely sit out the 2019 season before suiting up for the Vols.