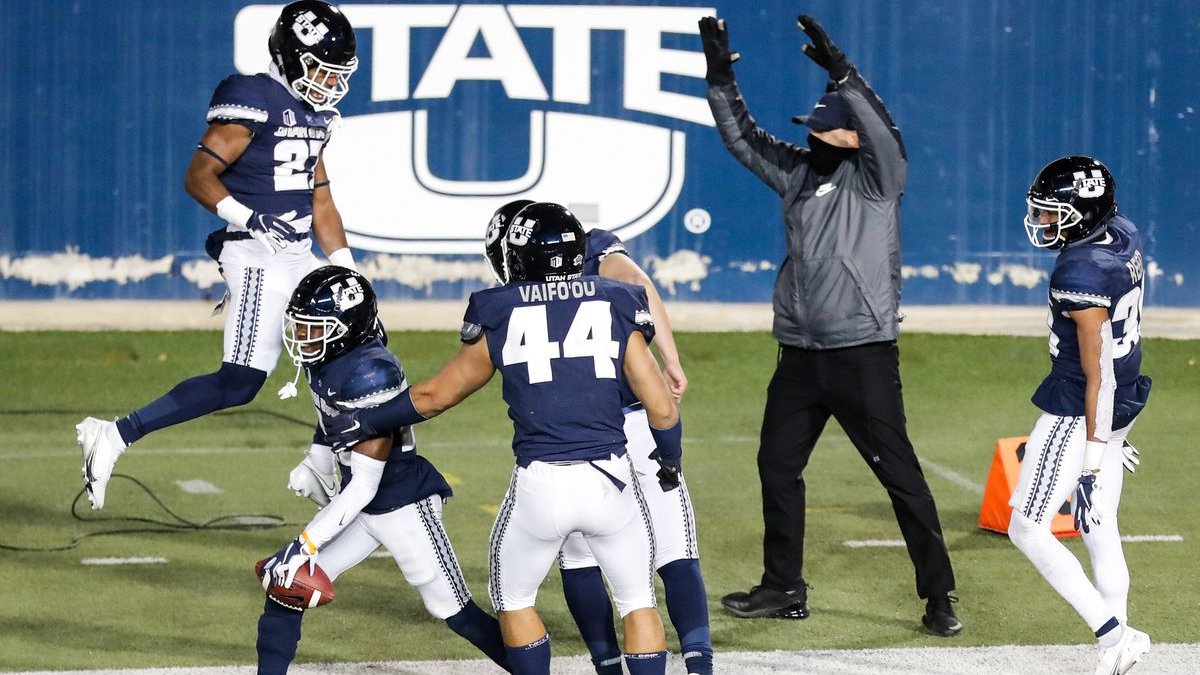 Utah State has been a great story with first-year coach Blake Anderson getting the Aggies into the Mountain West Championship Game for the first time since 2013, their first year in the conference.

San Diego State has also been a great story this season. The Aztecs are playing for the Mountain West title for the first time since 2018. If they win, it will be their third title in the championship game era. That would tie them with Boise State and put them ahead of Fresno State.

These two teams have gotten here by charting vastly different paths. Utah State’s offense is largely responsible for their success, while San Diego State’s defense has been dominant throughout the year. Which unit will win the day and the title?

Utah State is a perfect 6-0 on the road this season, which is relevant because this is technically a home game for the Aztecs. The Aggies definitely prefer to move the ball through the air, and Logan Bonner is one of the better quarterbacks in the Mountain West.

If the Aggies don’t score well into the 20s, at minimum, they are unlikely to win. In their three losses, the most points they managed was 20, while they scored at least 26 points in each of their wins.

Can they do what few teams have done and score on one of the best defenses in the country? That San Diego State defense looked good last week as it shut down Boise State after staking them to an early lead. They are excellent against the run but a little leaky against the pass so perhaps the Aggies can have some success.

San Diego State’s only blemish in the Mountain West and this season came against Fresno State. Like the Bulldogs, the Aggies love to throw it up and down the field. And like the Bulldogs, who got 186 rushing yards from Jordan Mims in their win over the Aztecs, the Aggies have enough of a threat on the ground to not have to rely solely on the pass to win. The big question is if they can execute that blueprint successfully.

When the Aztecs have the ball, their best method of attack is on the ground. They did, however, have success through the air against Boise State after they brought in QB Jordon Brookshire, who is expected to start against Utah State. Getting consistency at that position has been a challenge all season long and could be their undoing.

Everyone knows the Aztecs prefer low-scoring contests. Only four of their games this season have exceeded this total: their non-conference wins over Arizona, Utah, and FCS member Towson, and their Mountain West loss to Fresno State. With this game at home, I am not expecting much change in style for SDSU. Utah State might be able to have more success than most moving the ball through the air, but San Diego State is great at putting the clamp down on teams. Look for that to happen again. If you want to see points, this will likely not be the game for you.

The 2022 Formula 1 season is only six races deep, but the race for this season’s championship alerady appears to be down to just two drivers. Last season, Red Bull driver Max Verstappen claimed his first Formula 1 World Drivers’ Championship in highly controversial circumstances, with Lewis Hamilton denied what would have been a record-breaking END_OF_DOCUMENT_TOKEN_TO_BE_REPLACED