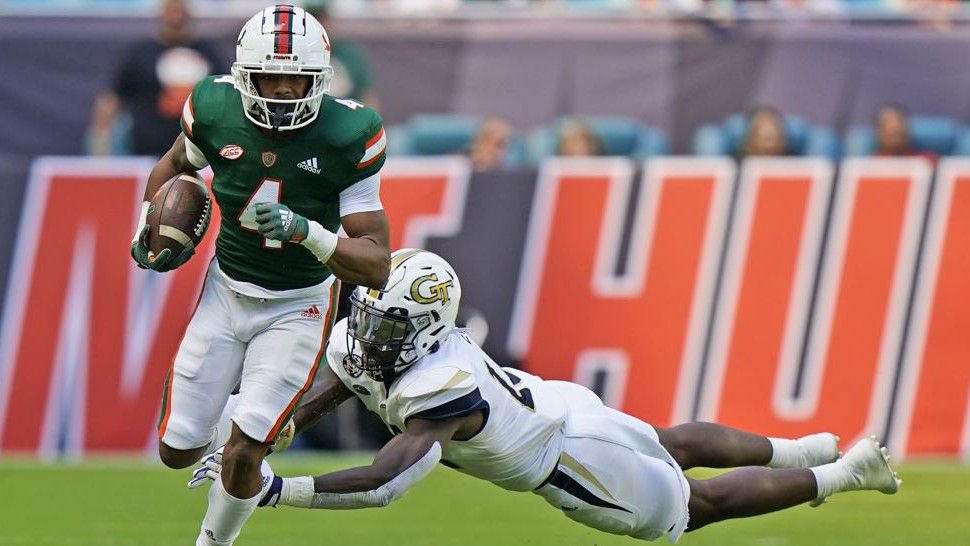 I miss the days when Miami-Florida State was one of the top annual matchups in college football, with the winner often having a great chance to win the national championship.

This season, both of these teams need this game but for different reasons. FSU needs to win out for bowl eligibility, while Miami’s slim ACC title hopes rest on winning out and getting some help.

The Hurricanes have won the last four in the series and dominated last year in a 52-10 win. The Seminoles are looking for revenge but are underdogs at home.

The Hurricanes aren’t having a special season, but with three straight wins, they are surging at the right time. Thanks to an upset win at Pittsburgh, the Hurricanes still harbor some hope of winning the ACC Coastal Division crown.

Even if they fall short, at least they have found their QB of the future in Tyler Van Dyke. He is putting up great numbers and just might be saving Manny Diaz’s job in the process. What would also help is if the Hurricanes could play some defense. They have one of the worst defenses in college football, the opposite of the historic standard at “The U.”

FSU has been streaky this season. They lost four straight to start the season, then won three in a row. But they enter this rivalry matchup with back-to-back losses to Clemson and North Carolina State. QB Jordan Travis has shown promise but is out for this game, so we will see if McKenzie Milton can move the ball against a bad defense. Similar to the Canes, the Noles have no defensive identity right now. That is where they really need to improve if they want to start winning more.

Both of these teams are trying to find a formula to get back to what they once were. There is work to be done on both sides, but winning this game still matters to the players and programs. Look for this one to be tight early, but Miami’s offensive prowess will enable them to pull away. It might get tight at the end if FSU has the ball last but Miami is the play.

The 2022 French Open is underway at Stade Roland Garros in Paris, France, and we are already almost through the first week of play. Tomorrow, the remaining third-round matches will take place, after which the men’s and women’s singles draws will be down to their final 16 contenders. In both men’s and women’s singles, there END_OF_DOCUMENT_TOKEN_TO_BE_REPLACED