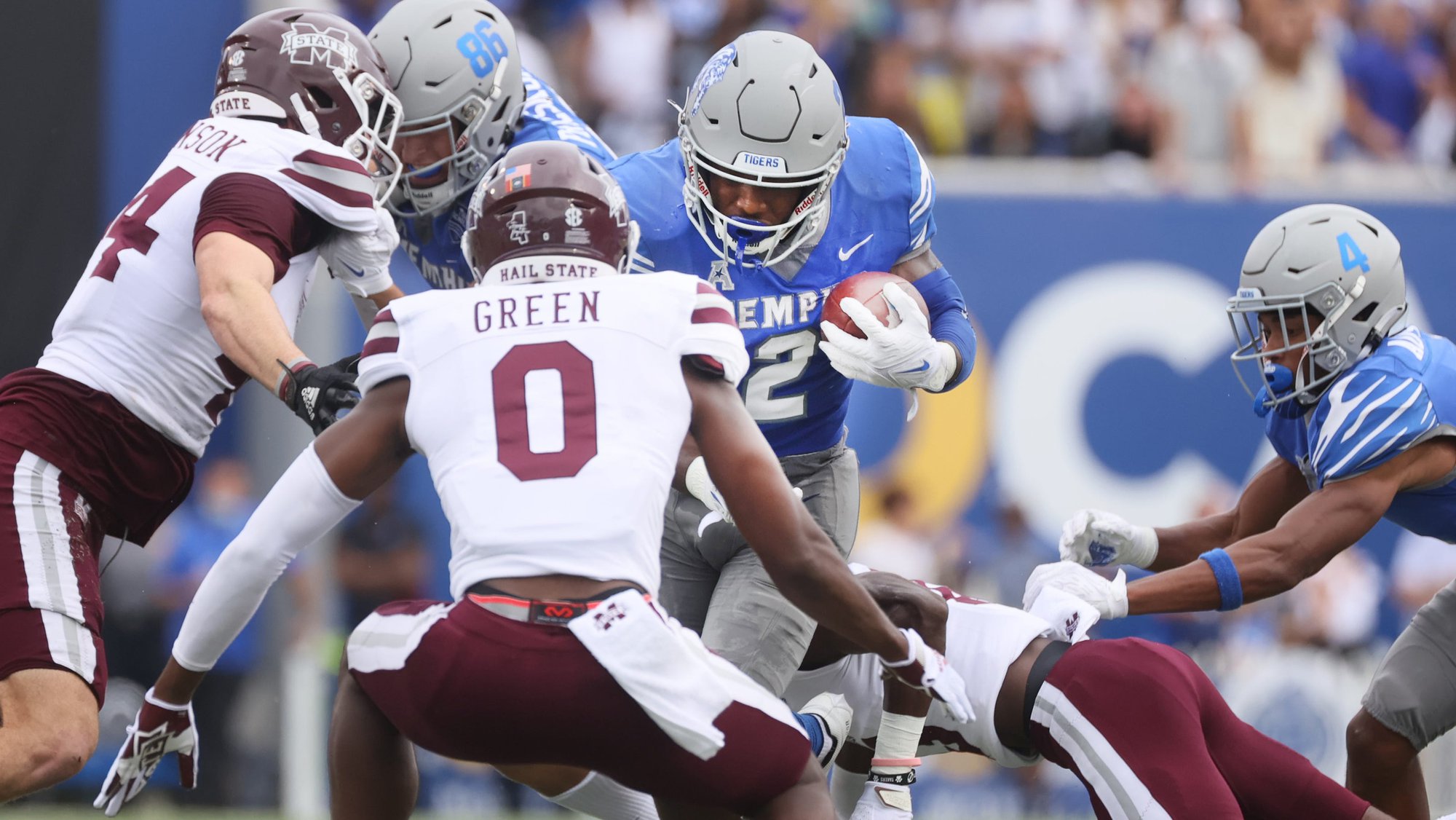 Last year, when Mississippi State dumped LSU in the opener, it seemingly put the SEC and the college football world on notice about what Mike Leach and his Air Raid attack could achieve in the SEC. Sadly for Bulldogs fans, the league did not have to fear much the rest of the way last season.

Meanwhile, LSU muddled through its year, looking nothing like the championship team from the previous season. Now early-season struggles have some saying Coach O in on the hot seat.

One of these teams is going to get a solid win on Saturday and the line is telling us it could go either way.

The Tigers just haven’t looked very good so far this season. They lost at UCLA to start the season and then didn’t cover the following week against McNeese State. They did win and cover against Central Michigan last week, but I am not sure that preps them well to go to Starkville and win.

When Max Johnson assumed the QB role some were saying that he was the better option even though he had less experience. His numbers look good, but the offense just never seems to be in control when he is out there this season. MSU is a team that has enough athletes on defense to challenge the Tigers too. This will be a better test.

The offense is one thing, but I am more worried about the Tigers on defense. Maybe they just weren’t ready to start the season on the road but the Tigers got pushed around up front at UCLA. Even though Mississippi State is a totally different defensive challenge, I am worried this LSU defense might not be up to the challenge. They have some really good players in the secondary but defending the Air Raid is not about individual cover skills.

Bulldogs looking to Take Another Bite Out of the Tigers

Mississippi State was off to a really nice start before losing at Memphis in a close game last week. I like that Memphis program a lot, but good SEC teams are supposed to beat teams like that. Nevertheless, their win over NC State was solid, especially because they held the Wolfpack to just 10 points. Quarterback Will Rogers is building off the success he had last year in the offense. Mississippi State is 7th in the nation in passing. They do what they do and as long as he is not making mistakes (or penalties) they can be tough to stop. Their success last season helped LSU find a new DC this offseason. Let’s see if the Tigers have learned anything.

The Bulldogs are pretty stout defensively. They have put a fair amount of defensive talent in the NFL and there are probably a few players on that route this year too. They have been strong against the run but light against the pass so far this season. Some of that has been the game situations they have been in and not a significant concern. I expect them to hang with the Tigers defensively and give their offense a chance.

I think this is as much a brand play as any. The books know if you make LSU a dog they will probably get steamed. I would have made this one a pick’em or might have even favored the home side. I just think the one thing we can really have confidence in for this matchup is the Mississippi State offense. The Bulldogs might not dominate the way they did last season but at home, they should get the win.

Tonight, the most pivotal game of the 2022 NBA Eastern Conference finals takes place in Boston, with the Miami Heat taking a 2-1 series lead into their matchup with the Celtics. In Game 3 on Saturday, the Heat took control early, outscoring the Celtics 39-18 in the first quarter and leading by as many as END_OF_DOCUMENT_TOKEN_TO_BE_REPLACED