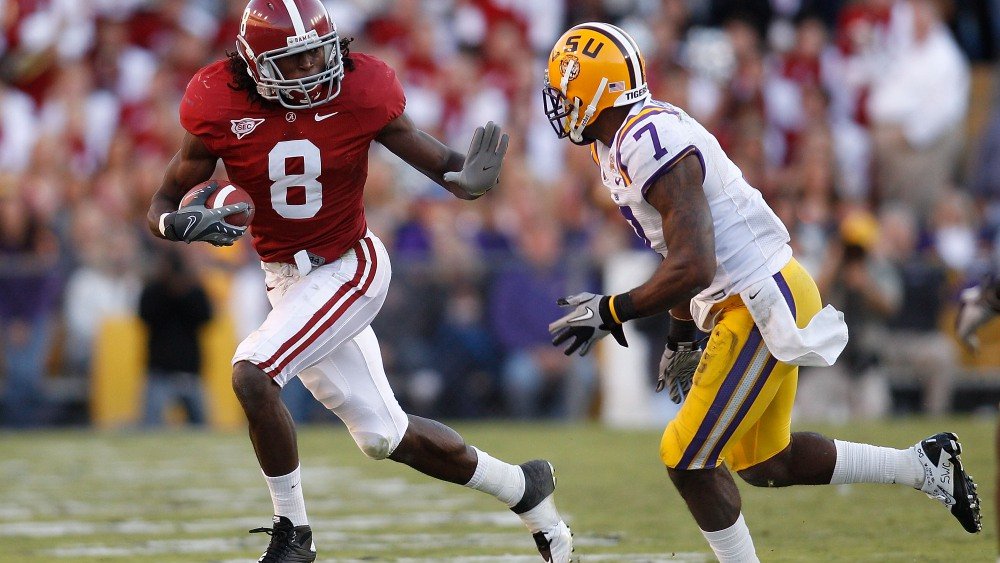 This year’s LSU-Alabama matchup has a different feel to it than many recent meetings between two of the biggest names in college football. Often enough, this game is decisive in the SEC West race and the national championship picture.

But after a poor season in 2020, LSU has underachieved again and has already started their search for their next head coach. That makes them a true wild card the rest of the way.

Alabama might be buoyed by being second in the first College Football Playoff rankings, but another loss would likely end those hopes. Is there any chance that loss comes tonight?

LSU was off last week after being humbled by Ole Miss. There is still talent on this team, but it is so hard to know whether you are going to get the spirited effort they showed in beating Florida, or something less inspired.

The Tigers’ offense has its moments and can overall move the ball, but the defense is nowhere near the level expected of the program. If you think the program has fallen off the map, it is interesting to note they were underdogs by a half-point more at home last season against Alabama. Isn’t that progress?

Alabama is ranked second in the College Football Playoff rankings. I know those are not necessarily meant to be predictive rankings, but it is kind of saying they should run the table with ease. They are heavy favorites at home this week against rival LSU. Since their only loss against Texas A&M, they have beaten up Tennessee and Mississippi State. I am not really impressed. Quarterback Bryce Young is leading the Heisman odds, but I also find his games to be “meh.” Oftentimes it just looks too easy for Alabama. Their defense is good, but they are 30th in points allowed this season.

There is a very good chance that Alabama wins this one 45-10 in which case the spread would have definitely been the way to go. I just think we will get something out of this LSU offense. They have scored regularly this season, and Alabama just gave up 24 points to Tennessee. I see no reason the Tigers can’t be in that range. Alabama will do the heavy lifting and make it look easy, but LSU contributes just enough to get the over.

The 2022 French Open is underway at Stade Roland Garros in Paris, France, and we are already almost through the first week of play. Tomorrow, the remaining third-round matches will take place, after which the men’s and women’s singles draws will be down to their final 16 contenders. In both men’s and women’s singles, there END_OF_DOCUMENT_TOKEN_TO_BE_REPLACED