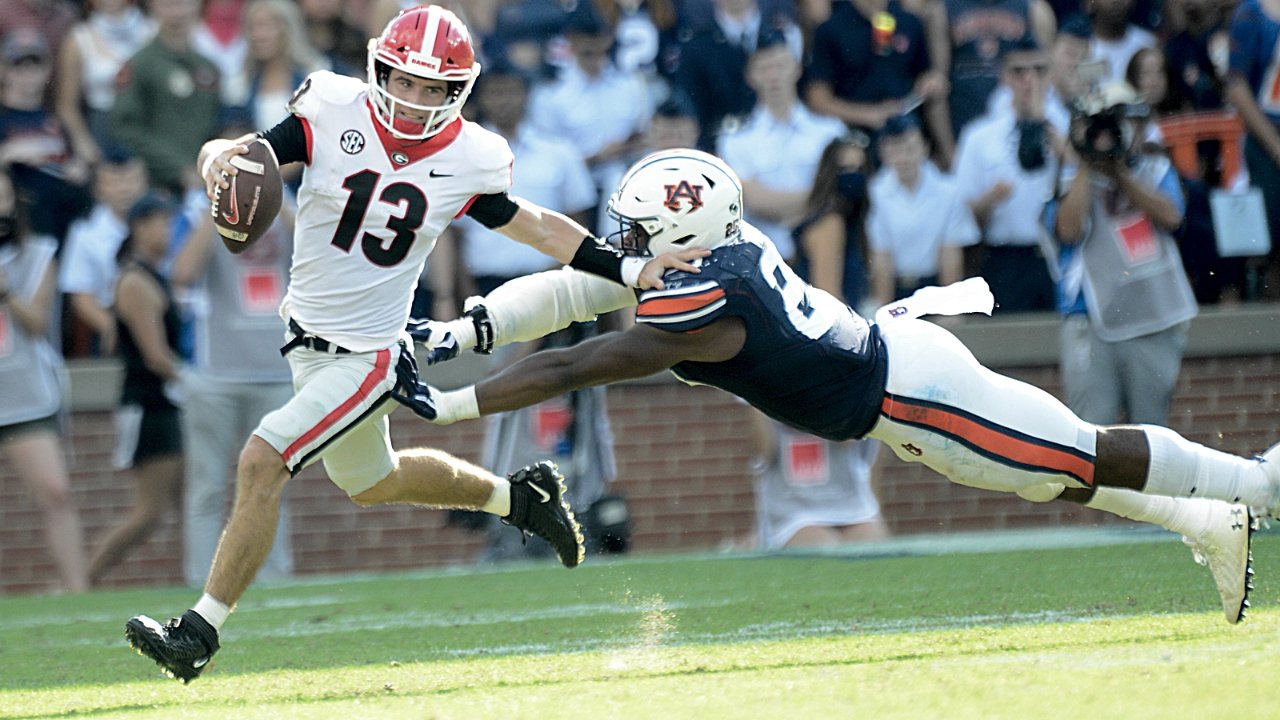 Last week, Alabama suffered the biggest upset in college football this season. As a result, Georgia and Kentucky are the only two remaining undefeated teams in the SEC.

This is pretty rare territory for Kentucky, who is hardly dominating the competition. Winning is their best skill.

As for Georgia, they have a defense that looks to be among the best of all time and more offense than most give them credit for.

Kentucky Wildcats vs Georgia Bulldogs college football betting odds are via FanDuel Sportsbook as of Saturday, October 16, 2021 at 12:00 p.m. ET.

The Wildcats are not always pretty, but they have gotten better offensively this season. Thanks to transfer QB Will Levis and transfer WR Wan’Dale Robinson they can now throw the ball when they need to.

Still, their bread and butter is running the ball with RB Chris Rodriguez Jr. He has been at his best in some of their biggest games, and the Wildcats have to try to establish a running game against the best defense in college football. Can offensive coordinator Liam Coen put together a winning game plan?

Kentucky has been a stingy defensive program under the current regime. This season they are only giving up 20 points per game, and this unit has to have a good game to give their offense a chance to score enough points. Lots of Kentucky games come down to making plays at just the right moment but in this one, the Wildcats have to be stout from the kickoff. If the defense is not up for it, they have no chance.

The Bulldogs defense is on its way to being one of the best in recent college football history, so it is no surprise that the offense has been more or less forgotten about.

They are giving up less than a touchdown per game and are first in yards allowed. This team is so disruptive that 12 different players have sacks on the season. Kentucky wants to run the ball, but Georgia is giving up just 66 yards per game. That is only fourth in the nation, but they are first against the pass. So it will be hard for Kentucky to find any advantages. That passing ranking is extra impressive given they are always playing with the lead this season. Kentucky is going to try and find something that works, but it is hard to have a lot of faith they will be able to.

Don’t sleep on Georgia’s offense, however. The Bulldogs are one of the nation’s leaders in scoring, and that is despite being starting quarterback JT Daniels continuing to be sidelined. His status is questionable this week but the offense has been good with backup Stetson Bennett. It helps that they have balance this season and the fact that the defense is so strong means they can overcome any mistakes. Not that there have been many.

This is definitely a game where I expect the defenses to be ahead of the offenses. That is a huge number to cover, but I would not put it past Georgia, especially if they do not give up a touchdown. I know that feels weird to handicap, but it has happened more often than not this season. Look for the Dawgs to bottle up everything against UK on the way to a grinder of a win.

The 2022 French Open is underway at Stade Roland Garros in Paris, France, and we are already almost through the first week of play. Tomorrow, the remaining third-round matches will take place, after which the men’s and women’s singles draws will be down to their final 16 contenders. In both men’s and women’s singles, there END_OF_DOCUMENT_TOKEN_TO_BE_REPLACED