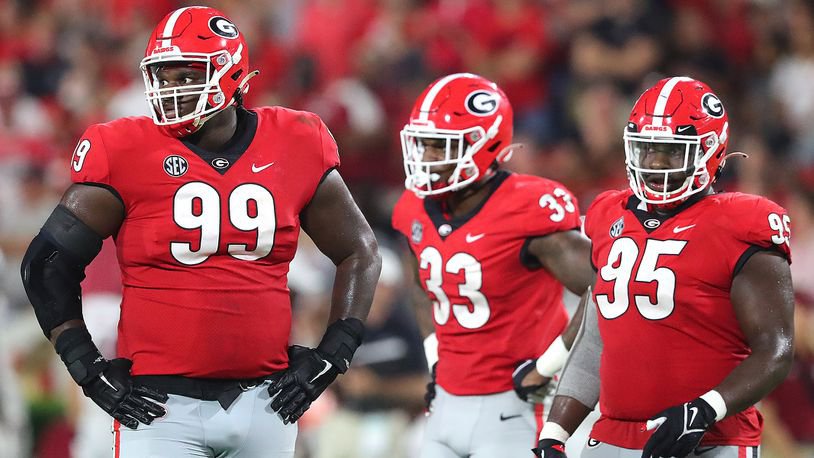 Will we see one of the biggest upsets of the college football season on Saturday in Jacksonville? Or will the nation’s top-ranked team roll yet again? Entering their rivalry showdown with Florida, Georgia is the national title favorite and expected to land a spot in the College Football Playoff. This weekend’s matchup with the Gators might represent their only challenge until the SEC title game.

The Gators have not played very well since a close loss to Alabama, and all is not well in Gainesville. Perhaps this rivalry game will bring out another strong performance.

Georgia has an elite defense, but a matchup with a struggling defense could be an opportunity for the Bulldogs to show that their offense is more than functional.

Georgia Bulldogs vs. Florida Gators college football betting odds are via FanDuel Sportsbook as of Tuesday, October 26, 2021 at 2:20 p.m. ET.

The Bulldogs did not cover in their last game, a 17-point win against Kentucky two weeks ago. But they were in control of that game, and Kentucky’s last points of the game came in the final seconds when they outcome was long decided. That the 13 points allowed against Kentucky matched the most that the Bulldogs have allowed this season highlights just how good Georgia’s defense has been this season. On the season, they are allowing only 6.6 points per game and are winning games by an average of almost 32 points per game.

It is still uncertain whether quarterback JT Daniels will return for this one, but so far his absence hasn’t mattered. Stetson Bennett has been really good leading the offense, and you have to think they will be able to score more than enough points to win comfortably.

Can Richardson Run Rampant to Keep the Gators in the Game?

Florida does one thing really well, which is run the ball with the quarterback. Their top two rushers on the season are quarterbacks Emory Jones and Anthony Richardson. Richardson is especially good at popping long runs, so we will see if they can find a way to spring him loose against Georgia’s terrific defense.

To have a chance to win this game, the Gators have to be able to make some big plays, which is easier said than done against the best defense in college football. It needs to happen, however, as Florida’s defense is a major concern. In the loss two weeks ago against LSU, the Gators allowed LSU running back Tyrion Davis-Price to run for 287 yards and three touchdowns. That performance does not bode well for what Georgia might do to them. The Dawgs are better than the Tigers on offense.

Just looking at Georgia’s stats it is easy to see that they are dominating everyone they play. Florida is not going to be overmatched physically, but they are one-dimensional on offense, and you just can’t afford to be against the nation’s top-ranked team. That hook on the spread makes me nervous for how the game may play out at the end, but I see no reason why the Dawgs can’t win each half by a full score.