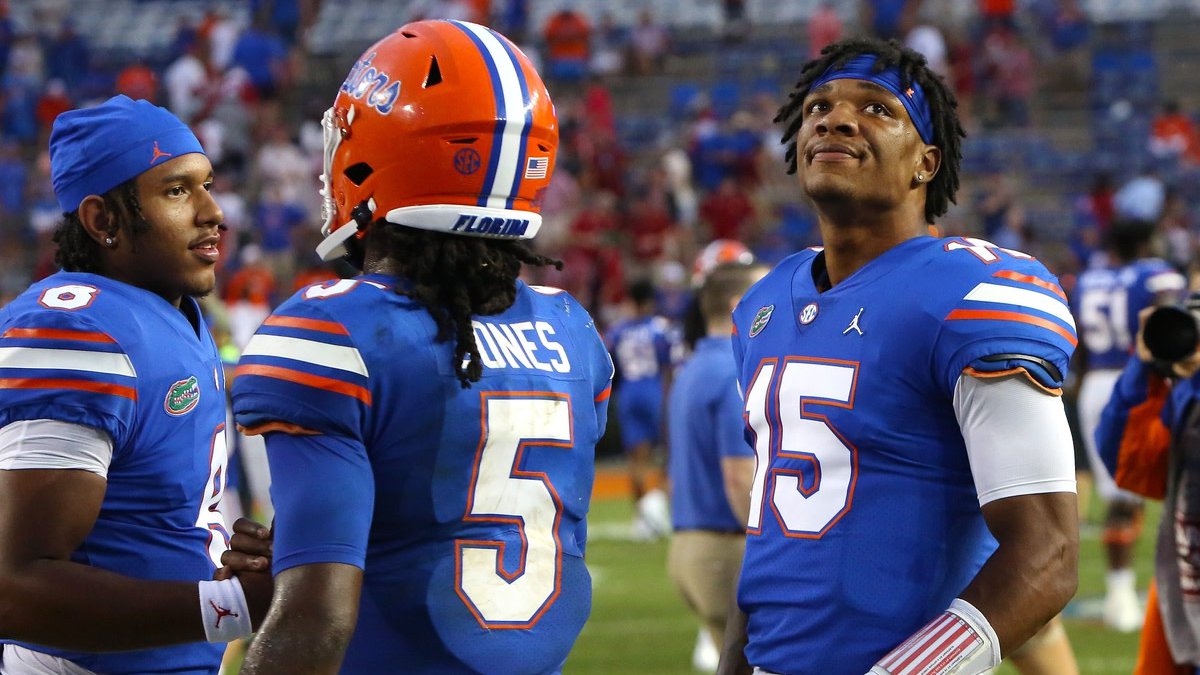 These are two of the biggest brands in college football but this game is looking pretty irrelevant in the big picture this season.

LSU has struggled so much that we might see coach Ed Orgeron get turfed just 2 years after winning a title.

At Florida, losing to Kentucky pretty much made this season a catastrophe. It is a shame because a close loss to Alabama showed some promise.

Florida Gators vs LSU Tigers college football betting odds are via FanDuel Sportsbook as of Wednesday, October 13, 2021 at 9:13 a.m. ET.

Florida’s season “ended” when they lost at Kentucky a couple of weeks ago, figuratively and literally. With a couple of SEC losses the best they can hope for is to play spoiler when they face Georgia in a couple of weeks. At least they got their mojo back in a 42-0 win over Vanderbilt.

This team is totally different than it was a year ago. They are third in the nation in rushing and throw it sparingly. Kudos to Dan Mullen for adjusting to the personnel he has, but losing to the likes of Kentucky and having their season essentially over by the half-way point is not going to cut it for very long in Gainesville.

The Gators’ defensive numbers look good, but they have been significantly aided by playing weak offenses outside of that game against Alabama. Even in the other game they lost it was not because Kentucky has any level of offensive mastery. This is another spot where they can have success against a struggling offense, which is why they are such heavy favorites even in Death Valley.

The Tigers have lost back to back SEC games to Kentucky and Auburn. If you enjoy that transitive stuff then they are in for a beating as Florida kept it close against the Wildcats while LSU lost by 21.

Despite their talent rankings, the Tigers can’t run the ball this season. They are alright throwing it, but when everyone knows what is coming it is hard to have success in the most critical situations. The Tigers are in danger of falling off the cliff too because the only game that they might win down the stretch is a non-conference game against Louisiana-Monroe, who is terrible. The offense is just not good enough to support a mediocre defense.

That is the true shock of the Tigers. Even in the recent past when they were underperforming, the defense was the foundation. It was always strong, and that group made 17-13 wins possible. This season they have given up 21 or more points to every opponent except FCS McNeese State. They are ranked in the 70s in all major statistical categories, and that is without playing any of the better offenses in the SEC. Games against Alabama and Ole Miss are to come and those might be bloodbaths with the way this team has looked on defense.

Once the Gators get their running game going, I am not expecting a ton of push back from the Tigers. When LSU has the ball they should be able to move the ball against the Gators too. These are not elite offenses, but look for both teams to be around or above the 30-point mark.