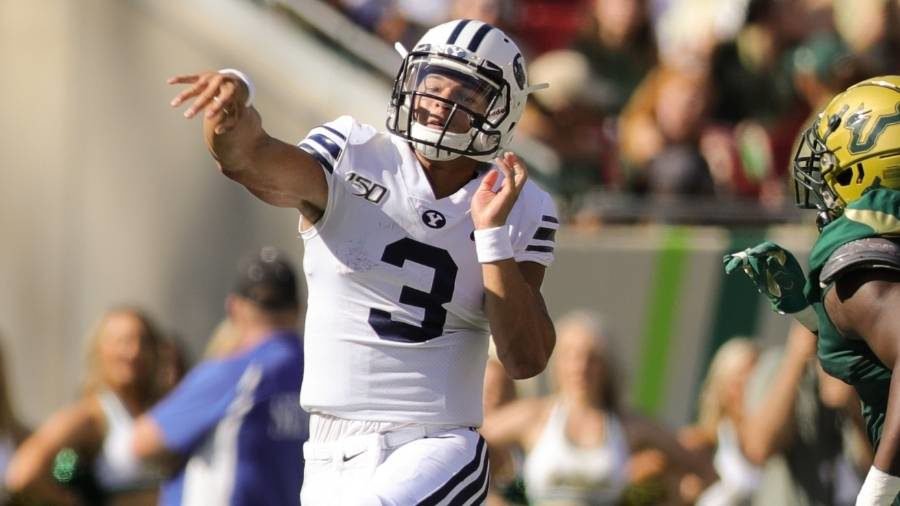 Heading into a visit to Notre Dame earlier this month, the Cougars were 4-1 and ranked in the top 20, and they had bounced back well from their early defeat to Oregon.

But after losing to the Irish, things have really gone downhill in losses to Arkansas and Liberty. And after struggling to make many defensive stops over the last couple of weeks, the Cougars have to contend with a high-powered ECU offense.

Is Another Disappointing Day on the Horizon for the Cougars?

In their losses to Notre Dame and Arkansas, there were at least some positives for BYU.

They gave themselves a chance against the Irish after trailing by 19, and they were ahead of the Razorbacks until turnovers on back-to-back possessions late in the first half helped flip things favorably for Arkansas.

But there wasn’t anything good about last Saturday’s 41-14 loss at Liberty, who picked up 547 total yards, limited BYU to 258 yards, and held an 18-minute advantage in time of possession.

BYU quarterback Jaren Hall had a rough day against the Flames, completing only 16 of 34 passes (47.1%). It was the first start in which he completed fewer than 50 percent of his passes.

It doesn’t stand to get any easier against East Carolina, either.

Last weekend, they were highly impressive in a dominant win over previously 5-1 UCF, with Ahlers going 30 of 36 for 311 yards, Mitchell rushing for 105 yards and two touchdowns, and the defense forcing four turnovers.

Provo is a difficult place to play, but the Pirates might be catching the Cougars at just the right time.

BYU is struggling mightily on defense, especially against the run. In their current losing skid, they have allowed 801 rushing yards on 135 attempts (5.9 yards per attempt).

They’re also not getting consistent production out of their ground game, which only puts more pressure on Hall to excel.

All that said, I do think BYU will do enough to win at home, but ECU will put up plenty of points and push the Cougars all the way.