Conference USA Championship Game Betting Preview: Will We See Another Shootout Between UTSA and Western Kentucky? 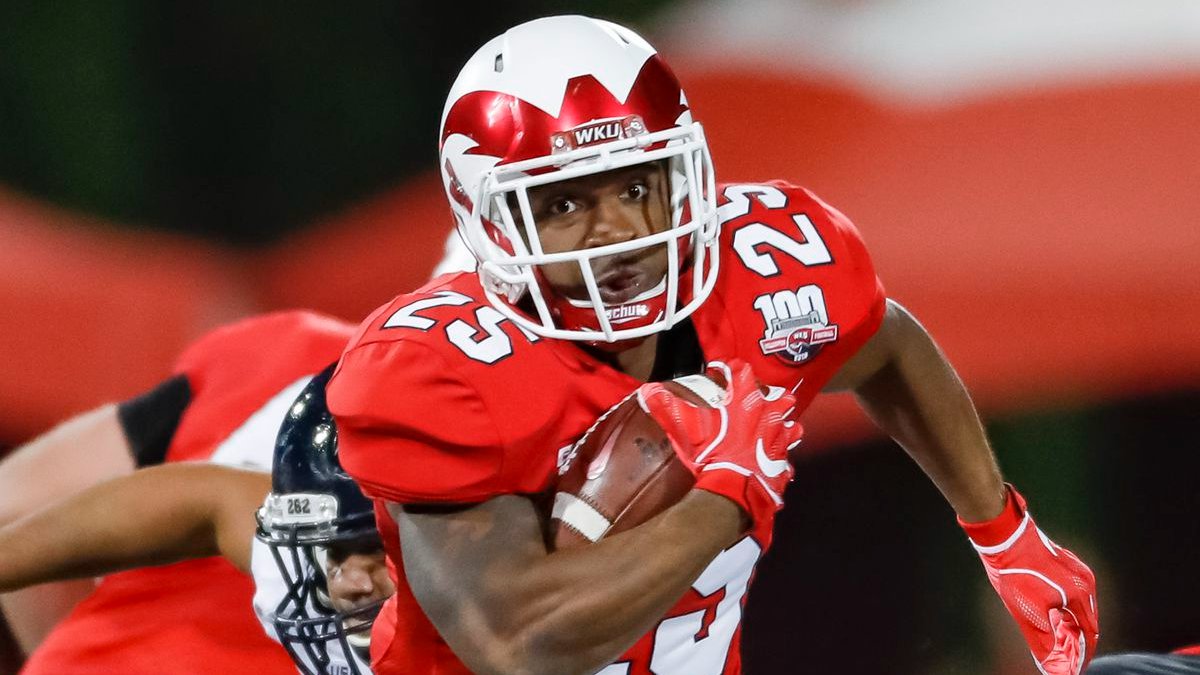 UTSA fell in its final game of the season, ending their pursuit of a perfect season. Now they have to rebound quickly to take on one of college football’s hottest teams for the Conference USA title.

Western Kentucky is looking to avenge a six-point loss to UTSA back in October. Since that loss in their conference opener, the Hilltoppers have won seven straight games. UTSA’s win streak dominated the headlines in Conference USA, but the Hilltoppers are favored for their rematch.

Conference USA is in a state of transition, and with UTSA having already taken a loss there is less intrigue for this game. When they met during the season it was a fun one though, with the Roadrunners taking a 52-46 win. Should we expect another high-scoring game in their rematch?

Western Kentucky supercharged their offense with a new coordinator who brought his quarterback and receivers with him from FCS school Houston Baptist. The result was an offense that has dominated Conference USA. Coming into their title tilt with UTSA, the Hilltoppers are first in FBS in passing and second in yards and points per game.

QB Bailey Zappe is going to go over 5000 yards passing in this game, and no team scored more in a game against UTSA this season than the Hilltoppers. They lost, but they should have lots of confidence to play the Roadrunners again.

It was too bad that UTSA could not complete the regular season undefeated. Last week, they were blown out at North Texas as 9.5-point favorites. It was definitely not a fluke; they were outplayed. They gave up more than 300 yards rushing and lost three fumbles. When you do that, you are asking for trouble.

Amidst all the coaching carousel stuff, the Roadrunners were able to keep their guy, whose buyout is currently a hefty $7.5 million. Now it is on Jeff Traylor to get his team right for the Hilltoppers. Even after losing their perfect season, a Conference USA championship is a great season for UTSA. Until last week they had only had a couple of close calls, but one of those was against the team they are facing in this game.

The last time these teams played we saw 98 points scored. WKU moves the ball against everyone, and we just saw UTSA have their sloppiest game of the season. There is no way that at least one of these teams does not get to 40+ points in this one and based on recent history, we might see both of them get there. Championship games might have the teams a little tight to start, but it should not take long for this one to loosen up.

The 2022 French Open is underway at Stade Roland Garros in Paris, France, and we are already almost through the first week of play. Tomorrow, the remaining third-round matches will take place, after which the men’s and women’s singles draws will be down to their final 16 contenders. In both men’s and women’s singles, there END_OF_DOCUMENT_TOKEN_TO_BE_REPLACED