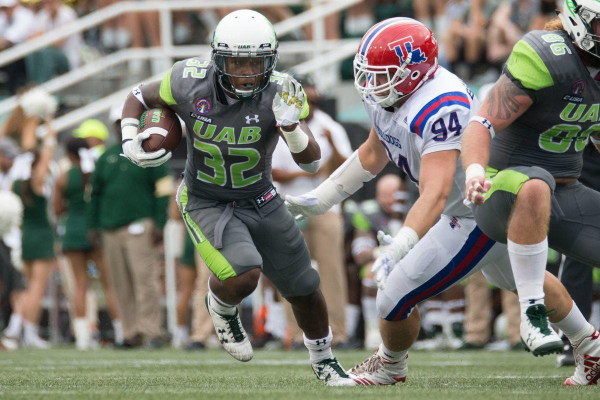 The Cheribundi Boca Raton Bowl kicks off tonight at 7:00 PM EST in Boca Raton, Florida. This game pits the 10-3 UAB Blazer vs. the 8-5 Northern Illinois Huskies. The Blazers are coming into this game as Conference USA champions after they avenged their loss over Middle Tennessee State from the previous week with a 2-point win. NIU is also coming into this game off of a close win. Their win came over Buffalo in a one-point game at home. Both teams are 3-2 in their last 5, with both teams winning their last game and losing the two previous ones. Neither team is coming in playing their best football, but none of those 4 losses came against notably worse opponents.

UAB has had a great season that included reeling off 8 win in a row following a disappointing loss vs. Coastal Carolina in their second game of the season. Their winning streak came to an end vs. a really solid Texas A&M team, which was really to be expected. They followed that game by getting embarrassed by MTSU, but they then came back and beat them the following week, which makes me think that there was a lack of focus in that first matchup. As a team, UAB is a very balanced team in terms of yardage gained through the air or on the ground.

However, they have scored over twice as many TDs on the ground and they have ran the ball almost twice as much as they have thrown it this season. The Blazers have run out two quarterbacks this season and neither have really been much more impressive that the other. I expect the redshirt senior A.J. Erdely to start, but he has had recent injury problems and there is a potential that he struggles enough that we see a backup. NIU has one of the best pass rushers in the country, so injury and just bad QB play is something to watch on the UAB side of the ball. Spencer Brown is the Blazers’ main RB when healthy. Brown has 16 of the Blazers 32 rushing TDs and ran for over 1100 yards this season.

Huskies Back in a Bowl

NIU started off the season 1-3, but all three of those losses came to teams that were ranked at some point in the year in Iowa, Utah, and Florida State. None of those teams are world class, but they all have high-end division 1 talents on the roster and they are teams that NIU “should lose to” from a raw talent and personnel standpoint. NIU then pulled off a similar run in winning 6 straight games before falling to Miami of Ohio 13-7. NIU has really struggled to get anything done through the air all season until their last game of the year.

Going into that game, their highest passing yards in a game was 215 in a game they trailed in throughout. Even that was an outlier, as they averaged about 166 passing yards per game. In their last game, NIU threw for 300 yards and 4 TDs. I think this should probably be looked at as a flash in the pan against a team that was daring the Huskies to throw the ball, but at least they showed that they can if force to. Their leading rusher in that game was their QB at only 57 yards on the ground, demonstrating that Buffalo really loaded the box to stop the rush. I think that UAB will dare them to throw at times, but the fact that they did have success doing so in their last game will probably lessen that game plan slightly.

The Huskies are also a team that is run heavy, running about 50% more than they pass. They do not score nearly as much on the ground as UAB does, which seems really strange. Their leading rusher on the year, Tre Harbison carried the ball 188 times for 985 yards and only got in the end zone 4 times. Now, that does have to do with their ability to use the QB run at the goal line, but they still have half as many rushing TDs than the Blazers.

This game will come down to who can move the ball in the air without turning the ball over. Both of these QBs are not consistent passers and whoever makes the mistakes will probably lose this game. The other thing to watch is how easily can UAB and NIU establish the run on each other. I think that UAB’s offensive production is going to be a more consistent presence, so give me UAB (-2.5) here.