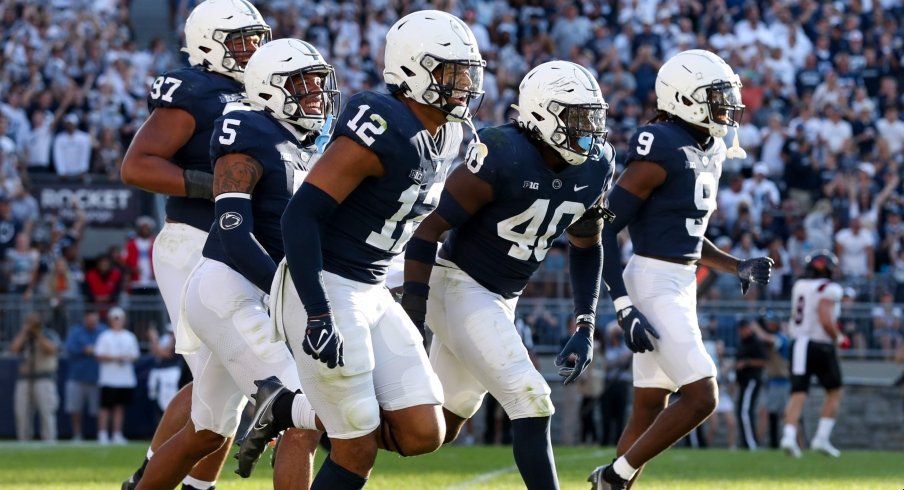 Auburn’s visit to Penn State is one of a few games between ranked teams this week and a chance for the Big Ten to get a game against the big bad SEC.. Auburn has a new coach this season and has definitely eased into the season with two games against lightweights. They are 2-0 and have outscored their opposition 122-10 in the process.

Penn State is also 2-0 but much more battle-tested. They have already won at Wisconsin, and if Ohio State is not in form they might be the best team in the Big Ten.

Auburn Tigers vs Penn State Nittany Lions odds are via FanDuel Sportsbook as of Saturday, September 18, 2021 at 7:00 p.m. ET.

Bryan Harsin seemed like a curious hire for Auburn when they parted ways with Gus Malzahn. It is too early to tell whether it will work or not, but this is his first real test.

Over the first couple of games, Auburn has been able to rely almost exclusively on the running game, averaging 340 yards per game. Running backs Tank Bigsby and Jarquez Hunter have been very effective and can hit for big plays. Auburn is very deep in the backfield but in this one they need QB Bo Nix to be sharp. He has looked good early, but they have not needed much from the passing game so far.

The defense has gaudy statistics, but that is what you expect when an SEC team takes on overmatched opponents. The transition in the program might have the defense a little thinner than normal, and we will see how they stack up against another top program. Penn State has some players, so they won’t just be able to win with raw talent.

PSU has two wins and covers to start the season including one of the best road wins of the season in Madison. That game was a rock fight with a 16-10 final, but the offense was more fluid in beating Ball State by 31 last week.

This offense has talent. WR Jahan Dotson can fly and RB Noah Cain looks like a good back. The challenge is getting QB Sean Clifford to be more effective. He has not turned the ball over yet, but this looks like a spot where they are going to need him to make a play. He was able to find Dotson behind the Wisconsin defense for a big score, and it opened up the game.

It makes sense to look more at the Wisconsin win than the game against Ball State when evaluating PSU’s defense. The Badgers were committed to the rush and Penn State held them in check. Wisconin averaged less than four yards per carry. They also picked off Wisconsin’s Graham Mertz a couple of times. Penn State’s defense looks like it should be up to the task against Auburn.

I like Penn State to be able to make Auburn one-dimensional on offense. I can see this one playing out a lot like their game against Wisconsin where just one or two plays make the difference. Nix is prone to making mistakes and a Penn State defense and hostile environment in Happy Valley is unlikely to bring out the best in him. Auburn will move the ball on the ground but will have trouble scoring. I don’t like the number a ton and look for it to drop a little as I think the markets will some love for an undefeated underdog SEC team on the road.

The 2022 Formula 1 season is only six races deep, but the race for this season’s championship alerady appears to be down to just two drivers. Last season, Red Bull driver Max Verstappen claimed his first Formula 1 World Drivers’ Championship in highly controversial circumstances, with Lewis Hamilton denied what would have been a record-breaking END_OF_DOCUMENT_TOKEN_TO_BE_REPLACED