Appalachian State vs. Coastal Carolina Betting: Will the Mountaineers revive their division title hopes in Conway? 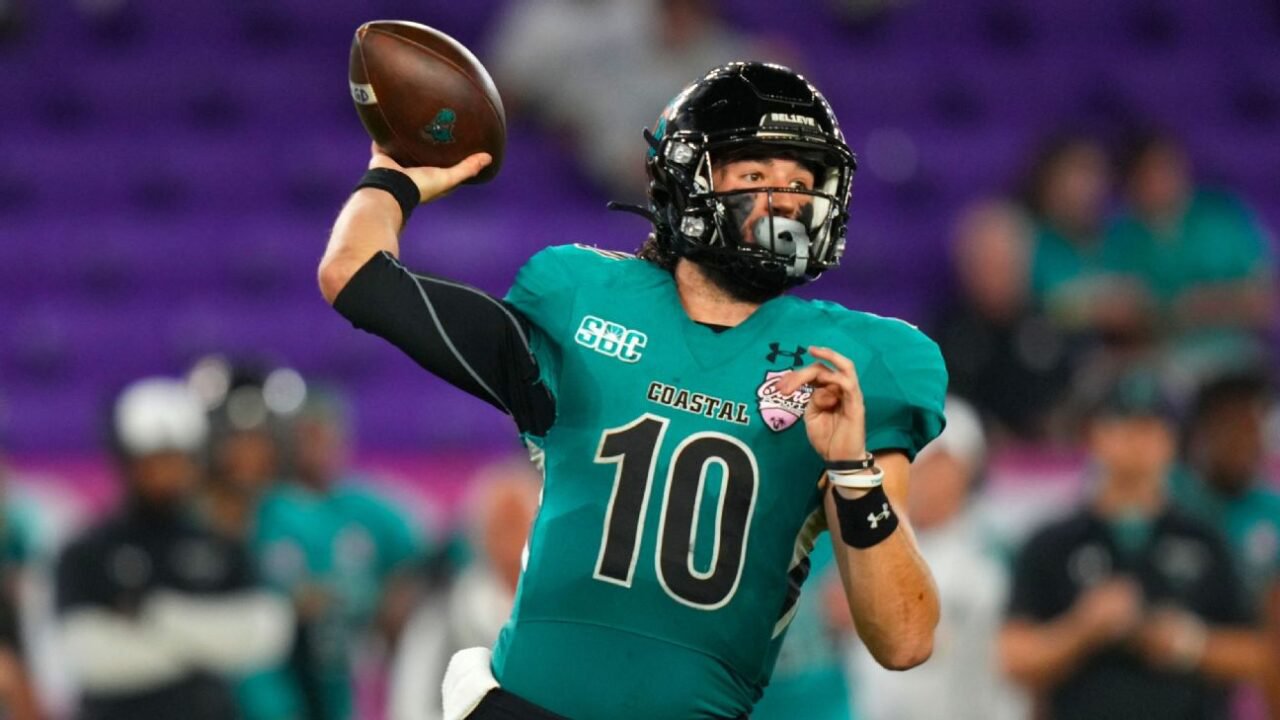 After suffering their first loss of the college football season at home against Old Dominion, Coastal Carolina got back on track last weekend at Marshall, thanks to a fast start. Following a similar script would be beneficial when they take on Appalachian State in a key division matchup on Thursday night.

In their win over the Thundering Herd, the Chanticleers jumped out to a 21-0 first-quarter lead on the way to a 24-13 win.

Against the Mountaineers, they will certainly be mindful of not dropping off after a fast start, considering that in last year’s game in Boone, Coastal Carolina led 14-0 after a quarter only for Appalachian State to rally for a 30-27 win.

That result proved to be pivotal in last year’s Sun Belt East Division race, which the Mountaineers won by virtue of that thrilling comeback win. A similar outcome will be needed if App State is to have a chance at repeating in the East, and they are favored to achieve that result.

Game odds are via FanDuel as of Wednesday, November 2 at 4:30 p.m. Eastern.

The Chanticleers have the better record and are at home, but the Mountaineers are favored. Their performances out of conference against North Carolina and Texas A&M still hold a lot of weight, even if things have been a mixed bag in conference play.

They do head into this matchup with back-to-back blowout wins over division foe Georgia State and 0-8 FCS member Robert Morris.

So, stopping the run will be a big key for Coastal Carolina. In last year’s game, App State for 228 yards on 5.6 yards per attempt.

But it is highly encouraging that in last Saturday’s win at Marshall, the Chanticleers shut down a rushing attack that went in averaging 204 yards per game.

So, while it is certainly a big ask of Coastal Carolina’s defense to slow down such a dangerous rushing attack, it certainly can be done.

Ultimately, while App State’s results against UNC and A&M–and against Georgia State as well–show what they are capable of when things are going well, I don’t love how inconsistent they have been.

If they bring their best, this is definitely a game that they can and should win, but I think Grayson McCall and the Chanticleers are being underestimated a bit at home, even if their schedule and results this season don’t have the same profile as Appalachian State’s.

It might be another close game between these two teams, but I like the home team to take care of business straight up and inch closer to claiming the East Division crown.