Alabama Crimson Tide vs Florida Gators Betting Preview: Tide Look To Prove There is No Room at the Top for the Gators 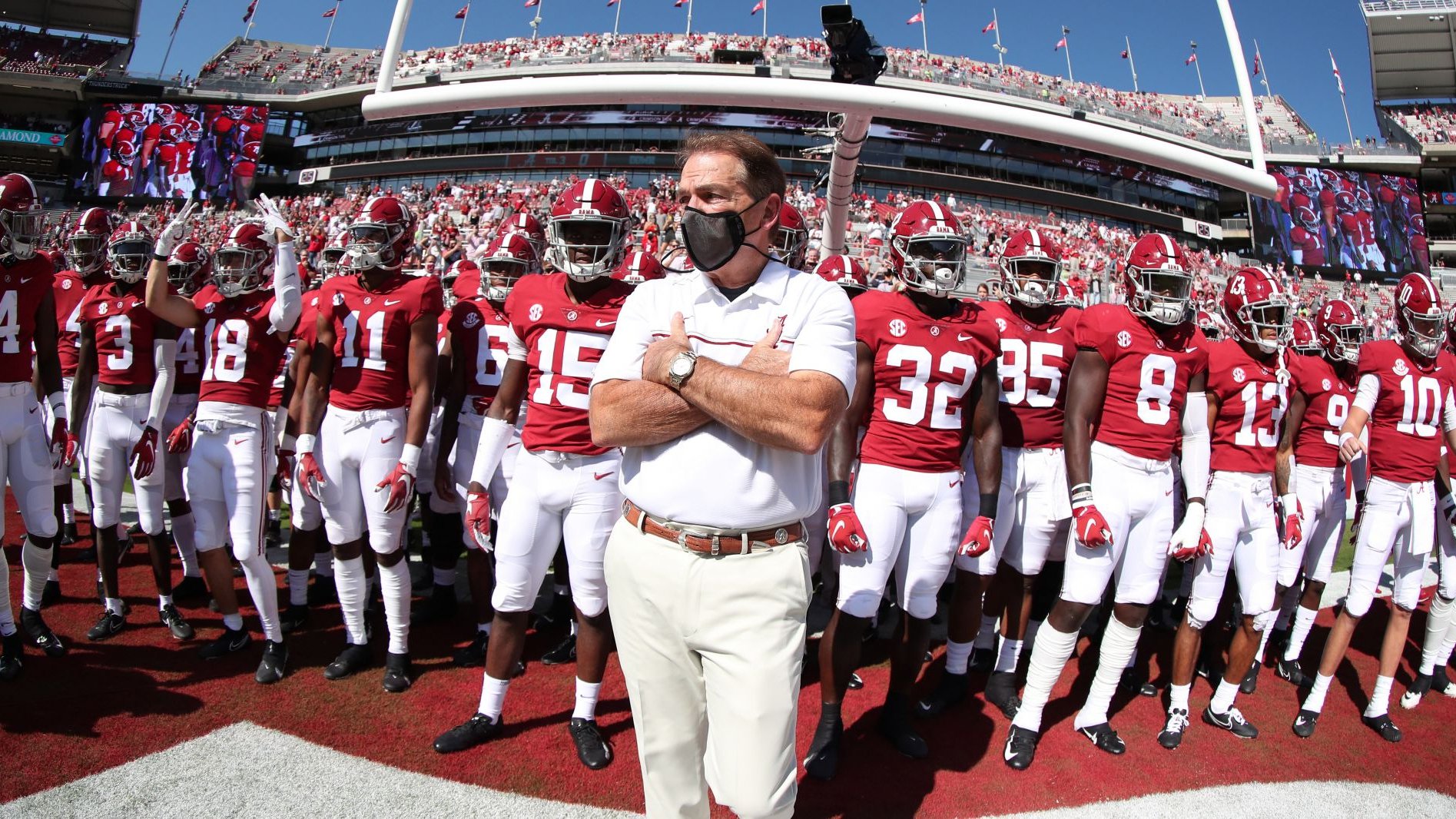 It is still early in the season, but it appears those that thought the Alabama Crimson Tide might have finally lost too much talent to take a step back might look pretty foolish. New starting quarterback Bryce Young looks like the real deal, and the Crimson Tide look destined for another run at a national championship.

In Gainesville, the Florida Gators might have an old-fashioned quarterback controversy on their hands. Florida is 2-0, but both games were ATS losses and backup Anthony Richardson has been explosive while starter Emory Jones has struggled.

Alabama is expected to win, but Florida has enough talent to push them harder than they were by Miami in their season opener.

Alabama Crimson Tide vs. Florida Gators odds are via FanDuel Sportsbook as of Saturday, September 18, 2021 at 9:00 a.m. ET.

Through the first couple of games, there is a lot to like about Alabama. Young could be more talented than the last three guys before him, all of whom started in the NFL on Sunday. He has been accurate and efficient, and there is no reason to think he can’t handle high levels of competition. He has not even had to use his athleticism much just yet. The skill guys around him might not be as elite as previous seasons but are still very talented.

The defense has not given up much. They held Miami QB D’Eriq King in check, and that is a tough thing to do. They gave up two scores to Mercer last week, but that was after they were up 38-0 in the third quarter. The Tide have also taken away the ball four times in two games. This defense is certainly good, but we will know just how good in the weeks to come.

Gators Winning But Not Inspiring Confidence

The Gators beat FAU and USF to start the season. Both were kind of ho-hum wins and are leaving Gator fans wondering what to expect this weekend. One positive is that Florida is the nation’s top rushing team, averaging 381 yards per game. Nobody saw that coming.

Nor did they expect to see reserve QB Anthony Richardson lead the team in rushing, averaging 25 yards a touch. With starter Emory Jones struggling with turnovers, Richardson has taken his opportunity and run with it. Literally. He has looked more than capable throwing too.

The defensive numbers are less than encouraging given the offenses they have played so far. They haven’t been terrible, but they may have confirmed this defense is not up to the standards you associate with Florida. Last year they could get by because the offense was strong, but that may not be the case this season.

This is not going to be Alabama’s best team under Nick Saban, but I am not going to recommend fading them against a Florida team with quarterback issues and an unimpressive defense. The game is on the road, but that is just not enough. I like Alabama to be able to win each half by double digits to get the cover. Tougher tests are to come for the Crimson Tide.

It has been a miserable month for the Seattle Mariners, and things are unlikely to get any better tonight as they welcome AL Cy Young Award favorite Justin Verlander and the Houston Astros to T-Mobile Park. After just missing out on the MLB playoffs last season, the Mariners entered this season with hopes of finally END_OF_DOCUMENT_TOKEN_TO_BE_REPLACED