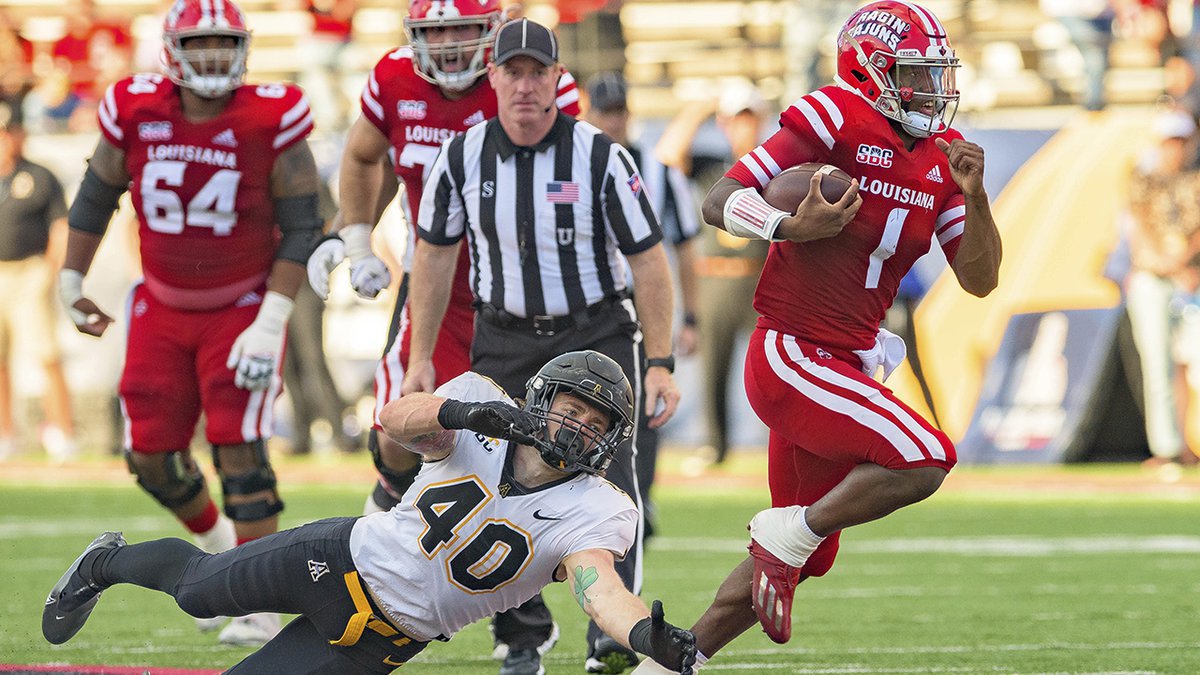 The Sun Belt Conference is made up of 13 teams split up into 2 groups. The winner of each group moves on to play in the Sun Belt Championship game at the end of the regular season.

Last season, Appalachian State won Group A, while Louisiana Lafayette was the champion of Group B. The championship game was won by Louisiana by a score of 24-16. The Ragin Cajuns also finished ranked 16th in the country.

For the upcoming season, Louisiana is just behind App State in the lines. Both teams are expected to do well again this season, and we could see a rematch in the Championship game between the two.

There are 4 teams within the conference that have a genuine chance heading into the season. Appalachian State, Louisiana Lafayette, Coastal Carolina, and Marshall are not separated by much in the lines.

Appalachian State is coming off of a 10-4 season and a loss to Western Kentucky in the Boca Raton Bowl. They are the frontrunners in Group A, but Coastal Carolina and Marshall are going to give them issues.

Coastal Carolina has been a constant powerhouse within the conference since they joined in 2017. They were ranked as high as 14th last season, and the year before that, they were in the 9th position.

Coastal has 22 wins in their last 25 games going back to the 2020 season. Their record is expected to be respectable again, even though they play in a lower ranked conference. 10+ wins will be possible again for this team.

Marshall is in their first season within the Sun Belt Conference. They moved over from Conference USA in. an attempt to gain traction and put together a better winning season.

With the schedule out, Marshall has 3 games against FCS schools and a road game at Notre Dame outside of the conference. Within the conference, they are expected to do well, as most of the tougher games will happen at their home field.

In Group B, Louisiana Lafayette isn’t going to have much of a challenge getting out of the group. South Alabama is their only real competition this year, but they could easily lose many games within the conference.

Lafayette’s toughest game will be late in the season at Florida State. They will be rested for most of the season, as the majority of their non-conference battles will be a walk in the park.

The likeliest matchup in the title game looks to be a rematch between App State and Louisiana. If that happens expect the same outcome as last season. Louisiana is a strong team destined to crack the Top 25 at least once this season.

There shouldn’t be too many surprises, as this conference hasn’t produced many of those in its time as a Division 1 grouping. Group A will be the tougher of the two groups, so if you are looking for an underdog to bet, focus on teams from that side.