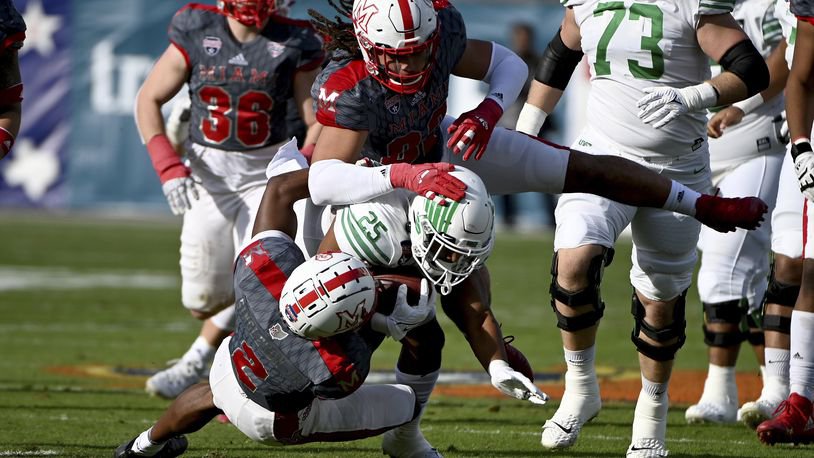 The Mid-American Conference, better known as the MAC, consists of 12 teams in two separate divisions. The East and West Division winner move on to play in the MAC Conference Title game at the end of the regular season.

Last season, Northern Illinois and Kent State squared off at Ford Field in Detroit, Michigan for the title. Northern Illinois was victorious by a score of 41-23. If they want to repeat, they will have to go through some tough teams that have recruited well.

The Toledo Rockets are favored in the West Division, while the East has the Miami Redhawks in the top spot. However, with so many teams projected with similar records, an underdog may not be a bad bet.

When you look at the odds, it seems like it’s anyone’s conference for the taking. Honestly, that’s really how it’s starting to look each season in the MAC. There has not been a repeat winner since Northern Illinois did it back in 2011 and 2012.

With those stats, it doesn’t look like a safe trend bet to go with a repeat for the Huskies. Instead, I would focus on the two young teams that top the list. Both Toledo and Miami, OH are on the rise.

Miami has upped their recruiting efforts, and they have been rewarded. They have landed 16 3-star recruits, including key offensive positions like quarterback and tight end. The future looks bright, and it is starting to show in the lines.

For Toledo, don’t have as strong of a recruiting class for the future, but their time may be now. They finished the regular season at 7-5 last season and had a 5-3 record within the conference. They were only 1 game behind Northern Illinois for the division title.

Toledo and Miami do not play each other during the regular season, so that should help both teams finish with a stronger record within the division. Toledo has gained enough traction nationally to attract the Ohio State Buckeyes to their 2022 schedule. It may be a mismatch, but it’s always good to see younger teams gaining ground.

The Redhawks play Cincinnati every year, but aside from that game, they also play kentucky. and Northwestern on the road. They have attracted the SEC and Big 10, and their strength of schedule is much higher than Toledo’s.

If the title does come down to a game between Toledo and Miami, it should be a fun, high-scoring match. Both teams are trying to build for the future, and for the most part, the. future is bright.

In a tight MAC conference, take the Miami Redhawks in a close game to win the title. With no other evidence to go against the Miami charge, they seem like the best option. They also hold great betting value if you are looking for a lower level conference championship chase.