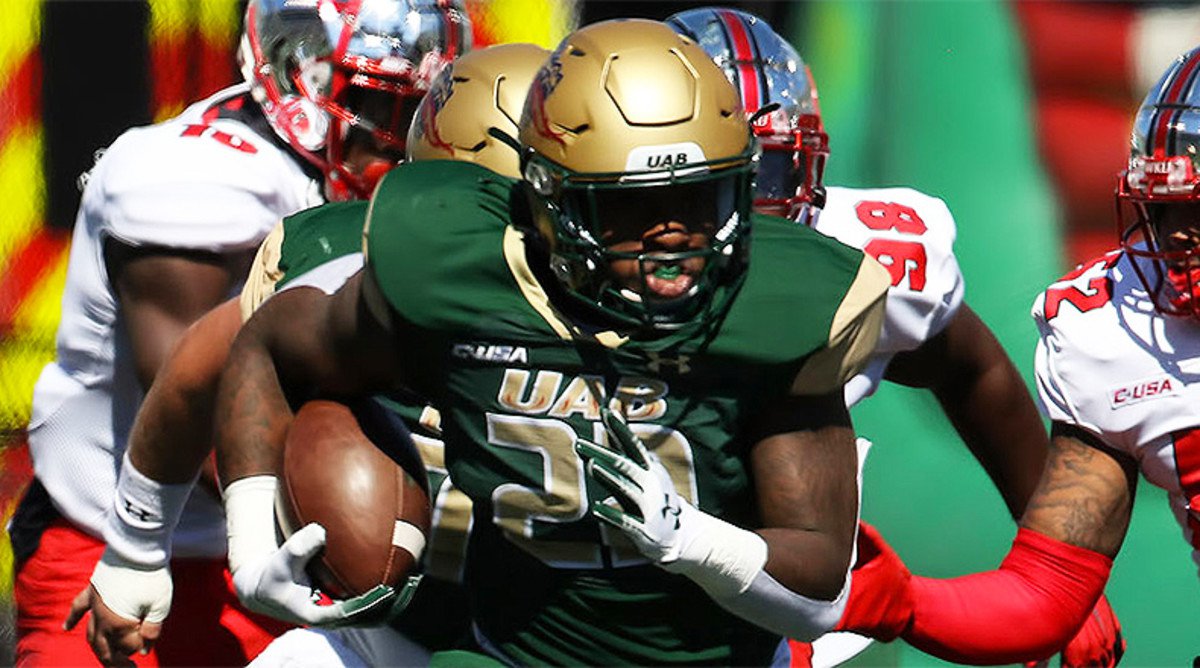 Last year, Conference USA was made up of two divisions, the East and the West. However due to the lower level of competition within the conference, three teams exited the conference. The 11 teams remaining will now play within one larger division.

The Conference USA Title Game was played between the two division winners. Last season, UTSA and Western Kentucky faced off for the championship. It was a shootout, and the UTSA Roadrunners were victorious 49-41. This season it will consist of the top 2 teams from the entire conference.

Heading into 2022, UTSA is atop the odds once again. However, according to FanDuel, they have some company and currently share the top spot with the UAB Blazers, who finished last season right behind UTSA in the division.

With a non-Power 5 conference, more surprise teams tend to pop up, and it makes it tougher to predict exactly what’s going to happen during the season. Prior to last season, the UTSA Roadrunners had never won more than 7 games in season. Now, they are one. of the frontrunners.

The UAB Blazers have done a great job recruiting, and they are sitting with 16 3-star recruits for the 2022 season. One of those recruits is the #1 defensive end out of junior college, Jae’vien Gill.

Western Kentucky lost one of the top players in team history to the NFL draft. Last season, quarterback Bailey Zappe, passed for nearly 6000 yards and had 62 touchdowns in just 14 games. They will now turn to Jarret Doege who transfered from West Virginia after 3 seasons.

The three-way battle at the top of the conference between UTSA, UAB, and Western Kentucky is now set to be even tighter, due to the fact that divisions have been disbanded and only the top two teams in the conference have the chance at the title.

Normally we would make our predictions for each division and have both the winners matchup against each other. However, in this case, we will focus on who we think has the best chance overall.

With all of the recruiting done during this offseason, UAB is set to have a very strong defense. This is reflected in the odds, and it would be a shock to see them fall out of first place all year.

However, watch out for lower teams in the conference, as just like last season, we could see a surprise team have a run at the final prize.