Boise State vs. Oregon State Week 1 Betting: Are the Beavers Back? 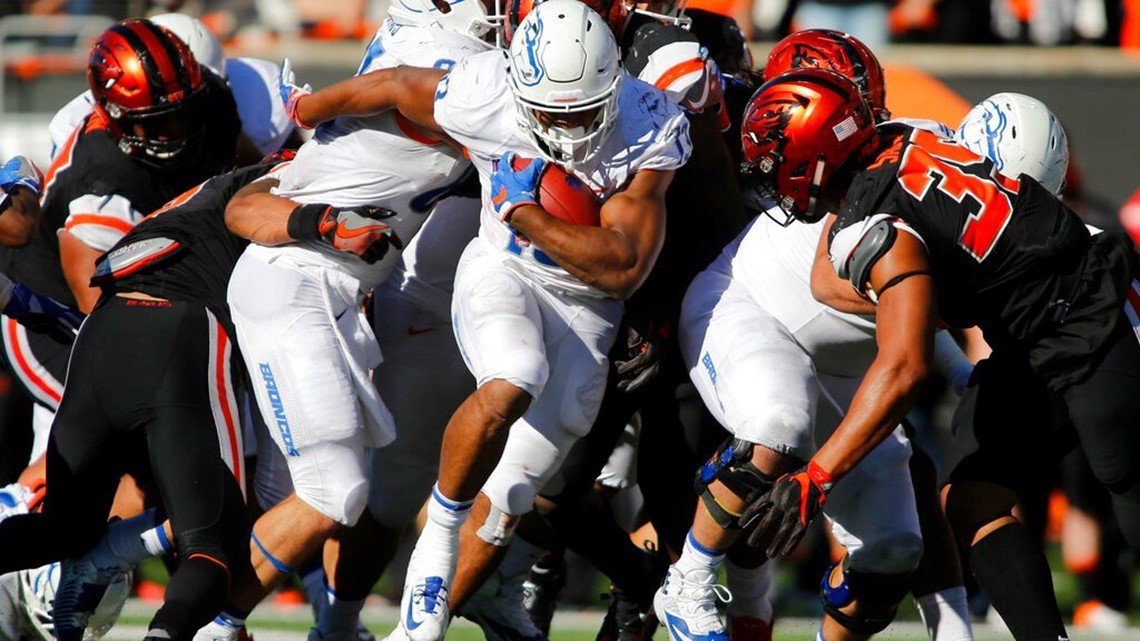 Boise State and Oregon State will kick off their college football seasons against each other late Saturday night. This will be the 8th meeting all-time between the two, but the first since 2016.

Boise State leads the series 4-3, and they have never lost at home. They are 3-0 against the Beavers in Idaho, but they are only 1-3 when traveling to Oregon.

The Broncos finished off last season with a rare 7-5 record for a team that is used to 10+ wins per season. Their bowl game was cancelled due to health regulations, so they missed out on their postseason shot against Central Michigan.

Oregon State also finished the regular season 7-5 in 2021, but they were able to play in the postseason. They matched up with Utah State in the LA Bowl, but fell 24-13 to finish off a 7-6 season.

According to FanDuel, Oregon State is favored slightly at home in a game that is expected to be close and high-scoring. There have been no less than 50 combined points scored in any game between these two foes.

Game odds are via FanDuel Sportsbook. Odds from other top online sportsbooks may also be mentioned in this article.

Is Oregon State Back on Track?

Prior to the 2021 season, Oregon State had not been to the postseason since 2013, when they played these Boise State Broncos in the Hawaii Bowl.

They have been through 4 different head coaches in that time, and their overall record in the past 10 years stands at 44-70. Averaging just over 4 wins per season is not going to cut it in a conference like the Pac-12.

Oregon State finally found some good ground to stand on, even if they lost their bowl game. They made it there, and that is something that will bring momentum into this season.

The Beavers are 6th in Conference betting odds to begin the season. That is better than last season when they were near dead last in every betting category. This shows improvement, and they are looking to improve in Pac-12 play for 2022.

Now I wouldn’t go betting on the Beavers to win the conference, but there will be some value in games this year. They can be a tricky team to read, and upsets will be on their mind as they face off against teams that should be ranked in the AP Top 25.

Oregon State has played well against Boise State at home in the past. They are 3-1 at home against the Broncos at Reser Stadium.

Every game against these two has gone Over 49.5 points, so I will take the over once again, as these teams are expected to exchange blows early on.

Oregon State is technically the favorite, but after the past 10 years, any win will feel like a huge deal. Especially if it is against an historically good team like Boise State.