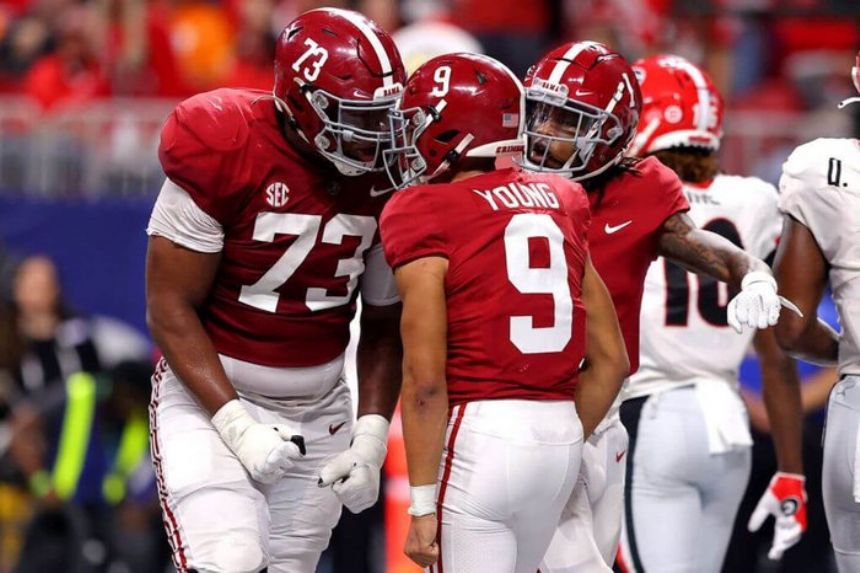 After seven seasons without a Group of Five team reaching the College Football Playoff, one of the “little guys” has finally crashed the party. And what is their reward? A Cotton Bowl matchup with the biggest and baddest wolf in college football, the Alabama Crimson Tide.

To end 2021 with a chance to compete for a national championship after opening 2021 with the crushing heartbreak of losing a 21-3 lead to Georgia in the Peach Bowl is a testament to what this Cincinnati team is made of. But do they have what it takes to take down the Tide?

Cotton Bowl odds are from BetMGM.

Cincinnati has the most experienced quarterback of the four College Football Playoff teams, one of the top running backs in college football, and a defense that has forced over 30 takeaways this season. Make no mistake about it, the Bearcats deserve to be in the CFP on merit.

They will need all of those assets to step up against the Tide. Senior QB Desmond Ridder hasn’t needed to put up big numbers often, but he is accurate and makes few mistakes. He is also mobile, which will be a handy asset against Alabama’s defense.

Entering the Cotton Bowl, Ridder has completed 65.9 percent of his passes this season with 30 touchdowns and only eight interceptions. In his four seasons at Cincinnati, Ridder has thrown multiple interceptions in a game only one time in each season. His top target is Alec Pierce, who averages 17.3 yards per catch. That puts him ninth in FBS among players with at least 50 catches this season.

Running back Jerome Ford, an Alabama transfer, has had a breakout junior season. He has racked up 1,451 total yards and 20 total touchdowns, and Cincinnati’s win at Notre Dame is Ford’s only game without a touchdown.

The other side of the ball is where Cincinnati’s bread needs to be buttered against Alabama. The Bearcats have forced 33 turnovers this season, picking 18 passes and snagging 15 fumbles. And they wreak a lot of havoc in the backfield, with 97 tackles for loss and 37 sacks.

Cincinnati is arguably the nation’s stoutest team against the pass. In their 48-14 win over SMU in November, Tanner Mordecai, who had no less than 245 yards in any other game, was 15 of 26 for only 66 yards.

Which Alabama Will Show Up in the Cotton Bowl?

Alabama is where they expected to be, but it certainly has not been a smooth ride for the Tide.

After a midseason upset at Texas A&M, Alabama had no margin for error the rest of the way but utilized every single one of their nine lives down the stretch. They needed a monster fourth quarter to see off plucky Tennessee, managed only 20 points against a substandard LSU defense, needed a record-setting performance by Bryce Young to take care of Arkansas, and required a near-miracle to win the Iron Bowl over Auburn.

But of course–of course–this was all followed by absolutely rolling against what was supposed to be one of the best defenses in recent college football history to win the SEC title. Of course.

But if you put your feet too close to the fire too often, you stand to get burned eventually. And this Cincinnati team has all of the tools to do just that if Alabama starts to feel some post-Christmas generosity.

While Cincinnati needs to play its best game in order to beat Alabama, Alabama does not need to do the same to beat Cincinnati.

That said, judging by their performance in their SEC Championship Game win in Atlanta, all of those close calls provided the jolt that they needed to. And that inspires confidence that they will show up and take care of business in the Cotton Bowl.

Against Georgia, the Tide showed a ruthlessness that they failed to show against several other opponents. Once they took control in the second half, they took the game away from the Bulldogs and didn’t give them a way back in. It might take them some time against Cincinnati as well but look for a similar outcome in Arlington.