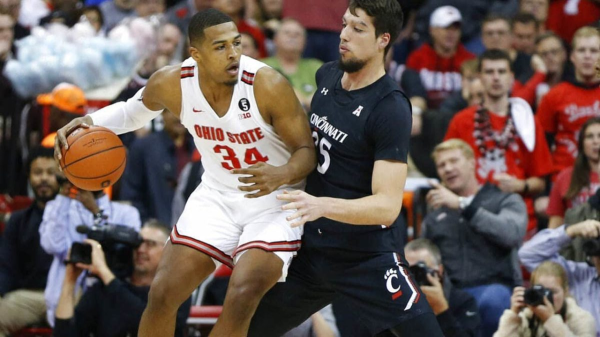 No. 10 Villanova will take on No. 16 Ohio State in an exciting matchup in the Gavitt Tipoff Games on Wednesday. The challenge pits Big Ten teams against Big East teams each year, and the Big Ten, which is off to a bit of a slow start, would really like a strong showing in this one.

Villanova opened its season with a blowout win over Army. Jeremiah Robinson-Earl came in as one of the most highly-touted recruits in Wildcats history and did not disappoint in the opener. Robinson-Earl led a new-look Villanova team to a familiar rout with 24 points and 13 rebounds. He made 9 of 14 shots but did commit five turnovers.

The Buckeyes started the season with a real test against their in-state rival, the Cincinnati Bearcats. After a slow start, the Buckeyes were down seven at the half. They rallied back to beat the Bearcats 64-56 in a rare regular-season matchup between the state’s two largest universities. The Buckeyes then defeated an overmatched UMass-Lowell 76-56 over the weekend.

Villanova Needs To Take Care Of The Ball

Jay Wright was not happy with his team turning the ball over in the Wildcats’ season-opening win. They turned the ball over 17 times.

The backcourt, especially without star freshman Bryan Antoine, is the biggest weakness for this year’s squad.

Villanova will be tough to stop upfront with Robinson-Earl and Saddiq Bey. Bey also had a big game against Army with 22 points, shooting 9 for 14. Both big men can play inside and out, making them tough to defend.

Justin Moore, another one of the star freshmen, had eight points, four rebounds and four assists in his debut. Robinson-Earl and Moore became the first two freshmen to start in a season opener since Wright’s second season at Villanova in 2002. Moore was only 3 for 11 from the floor, but his 4-to-1 assist-to-turnover ratio was impressive.

Collin Gillespie has proven to be a reliable secondary option at point guard and looked good in the first game. He will have to do until Antoine returns. Antoine will give Villanova someone who can break down defenses and get to the hoop, something that isn’t really in Gillespie or Moore’s skill set.

Wesson was already impressive last year, then he got himself into even better shape over the summer. Wesson lost more than 25 pounds in the offseason down to 270 on his 6-8 frame and is more agile and active, as evidenced in him drawing nine fouls against Cincinnati.

He only had eight points against the Bearcats but did produce 11 rebounds. He had a much stronger effort against the River Hawks with 13 points and 13 rebounds.

Ohio State will be without Kaleb’s brother, Andre Wesson, for this game. He took an inadvertent elbow from a teammate during the Cincinnati game and sustained a fractured eye socket that could keep him out at least another week. Kyle Young will be asked to do more with Andre out and will draw one of the tough assignments against either Robinson-Earl or Bey.

The Buckeyes have a pretty good recruiting class of their own. DJ Carton is the star of the group. The point guard was impressive with 13 points and four assists with only one turnover against UMass Lowell.

The Buckeyes are 2.5-point favorites in this contest. The total is set at 129.5.

Ohio State hasn’t looked great offensively to start the year. They have gone under the total by 11.5 and 24 in their first two games. Combine that with Villanova’s turnover problems, and I really like the under play here.

If you are looking for a side to bet, give me the Wildcats. Villanova is just too good up front, and it is still yet to be seen if Kaleb Wesson can guard the perimeter, even with the weight loss. Robinson-Earl, Bey and Jermain Samuels will be too much for Ohio State to handle. Villanova 65, Ohio State 63