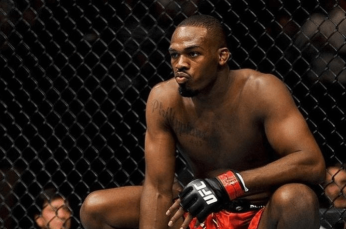 Thursday night features a battle of PAC 12 Teams that have had eerily similar seasons to this point when the USC Trojans (15-13, 8-7 in the Pac 12) travel to Pauley Pavilion to take on the UCLA Bruins (15-13, 8-7 in the PAC 12). Yep, both teams have the exact same records, not only overall but in the conference too. The only thing separating them is the fact that in the first matchup, USC won on their home floor 80-67. In that game, Bennie Boatwright and Nick Rakocevic led the way for the Trojans, both scoring 21 points and combined to pull down 19 rebounds. For the Bruins, Moses Brown and Jaylen Hands both had 15 points in the loss. In Thursday’s rematch, which is scheduled to tip-off at 9:00 pm ET, the Bruins are hoping to return the favor playing at home, once again, making these two teams awfully similar in the seasons they have had.

Coming into this game, USC has gone 3-5 in its last 8 games, including at 67-62 loss to Oregon State on Saturday. For the Bruins, they have been on a bit of a roll, winning 3 of their last 4. In their last game, they defeated Oregon 90-83 at home on Saturday.

In this contest, the UCLA Bruins come in as 3-point favorites playing at home. The over/under for this game is set at 153.5 points.

On the offensive end, it is UCLA who holds the advantage. They currently rank 56th in the nation, averaging 78.1 points per game. For USC, they aren’t too bad either, averaging 76.3 points per game (ranks 88th overall). Both teams shoot it well, as they are both shooting 46.1% from the field. USC is also pretty effective from beyond the arc, as they shoot 38.2% from three, good for 24th in the nation.

Defensively, neither team is especially dominant. For USC, they currently rank 194th in the country, allowing 71.9 points per game to opponents. For UCLA, they come in at 289th in the nation, allowing 76.4 points.

USC Looking For Home And Away Victories

For the USC Trojans, it has not exactly been a perfect season, but they would love nothing more than to sweep the season series with conference rival UCLA. Leading the way this season for the Trojans has been senior forward, Bennie Boatwright. On the season, Boatwright is averaging 18.3 points on 48.5% shooting, including 44.1% from behind the arc. He is also chipping in 6.3 rebounds and 2.3 assists per game.

UCLA Looks To Protect Their House

Also having just a so-so season, the Bruins will be looking for redemption after being blown out in their first meeting with USC. With a win in this one, it would technically give UCLA a slight advantage over USC in both the conference standings and in overall record. In a season that might not have a long future, it would be a small victory for the Bruins.

Leading the way this season for UCLA has been sophomore guard Kris Wilkes. On the season, Wilkes has averaged 17.2 points per game on 44.6% shooting. He is also adding 4.7 rebounds and 1.6 assists per game.

Aside from Wilkes, guard Jaylen Hands and center Moses Brown have also had nice seasons. Hands is averaging 13.5 points, 3.5 rebounds, 6.4 assists , nd 1.4 steals while Brown is averaging 10.5 points, 8.5 rebounds and 1.9 blocks per game. Brown is also shooting a whopping 62.6% from the field.

Bruins Get Their Revenge

Let’s be honest, this isn’t exactly the most dynamic matchup of the season, as both teams have shown inconsistency throughout the season and have not exactly lit the NCAA up. As a result, I put stock in home court advantage, despite UCLA’s big loss to USC earlier in the season. I especially like UCLA simply because of their recent play. While USC has struggled to stay consistent over their last 10, UCLA has played a little better. One thing of note that adds to my support for the Bruins is that they are 12-5 at home while USC is a struggling 2-6 on the road. Long story short, for my money, I am taking UCLA at -3.