Summer Comes to an End, Heats up College Basketball News 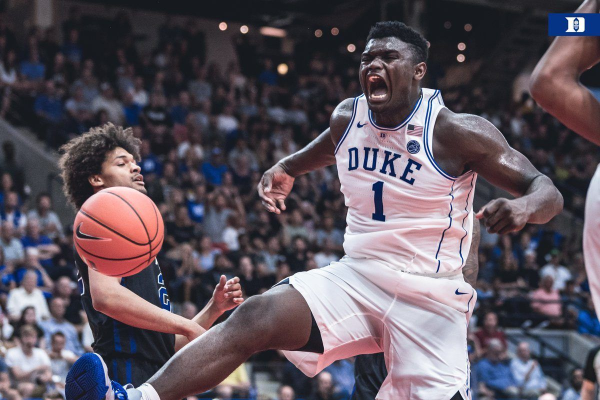 Slowly but surely, summer is winding down, and that means the college basketball preseason edges closer. Well, at least the pre-preseason. Anyway, there were plenty of important stories over the past week that you may have missed. Let’s try to catch up on the headlines of the past week.

The Dukes of Canada

The Duke Blue Devils spent part of their August on a preseason tour of Canada, and they looked quite impressive in the process. The Dukies won all three of their games against college teams from the Great White North, beating Ryerson 86-67, knowing off the University of Toronto 96-60, and finishing with a convincing win of McGill University 103-58. The trip was a good way for Duke’s young team to get its feet wet ahead the start of the season. FreshmenZionWilliamson and R.J. Barrett both stood out during the three-game series and both will be expected to be immediate contributors for the young Blue Devils this season.

Of course, even an inexperienced Duke team is far more talented than any of the three Canadian squads they played. The BlueDevils (conveniently) failed to schedule Canadian powerhouse Carlton, a dynasty among the college ranks in Canada and a team that routinely beats American college teams on preseason tours, including top-25 caliber teams.

Right Between the Eyes

Missing in action for two of Duke’s three games in Canada was freshman AlexO’Connell. He started the opener against Ryerson but left the game after taking an elbow to the face just a few minutes into the game. He was diagnosed with an orbital fracture just below his eye socket. He’s expected to make a full recovery. However, he missed the final two games, as did fellow freshmen Cameron Reddish and Tre Jones, who are nursing nagging injuries. Of course, the lack of depth didn’t appear to hinder the Blue Devils during their wins over Toronto and McGill.

Heading To The Ville

Former Kansas guard Sam Cuncliffe announced last week that he will be transferring to Evansville to finish his college career. After stops at Arizona State and Kansas, this will be Cuncliffe’s third school. He played sparingly for the Jayhawks after becoming eligible this past December and he didn’t force a lot of playing time at Kansas this season. He won’t play at all this season anyway, as he sits out as a transfer. However, he will have two years of eligibility with the Purple Aces after that. Former Kentucky stand out and NBA player Walter McCarty is the new coach at Evansville. Cuncliffe chose Evansville over the likes of Xavier, Washington, Fresno State, Pepperdine, and Minnesota.

Get Out of Here

Rick Pitino’s lawsuit against Adidas has been dismissed. A U.S. District Court Judge in Kentucky ruled last week that the matter will be settled in arbitration in the state of Oregon, where Adidas has its headquarters. Pitino’s lawsuit alleges that Adidas caused Pitino “emotional distress when its employees conspired to bribe University of Louisville basketball recruits.”

Pitino is also suing the University of Louisville Athletic Association following his firing amidst a scandal in which a pair of Adidas executives allegedly conspired to pay Louisville recruit Brian Bowen $100,000 for his commitment to Pitino and the Cardinals. His lawyers claim the two lawsuits are Pitino’s best chance at proving he didn’t know that Adidas was trying to pay Louisville recruits. However, there have been text messages released that indicate Pitino was aware of what was going on at Louisville with regard to the apparel company and recruits.

The Baylor Bears have suffered their first loss of the season. Senior Jake Lindsey will miss the entire 2018-19 season after undergoing hip surgery. He will redshirt the season and then get a second crack at his senior season the following year. The 6’5’’ guard has been a regular in Baylor’s rotation the past couple of seasons. While he averaged just 4.5 points per game last year, Lindsey was a strong distributor, averaging 3.4 assists per game. He’s also a capable three-point shooter. The Bears also lost four seniors off last year’s team, so losing Lindsey for the season is also a big loss for them after missing out on the NCAA Tournament last season.

Sadly, we must end with some tragic news. Last weekend, Chelby Frazier, a player at Robert Morris University in Illinois, a quality NAIA program, passed away following a pickup game. He went to high school outside of Chicago and spent two years at a community college before transferring to RobertMorris for his junior season. Frazier was getting ready for his senior season. He was just 21 years old.