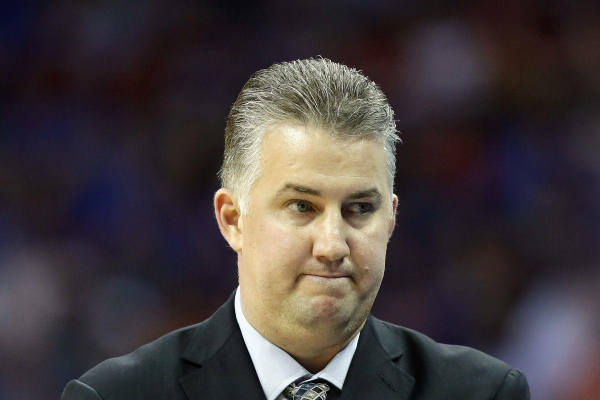 The PurdueBoilermakers head to Ann Arbor to take on an undefeated Michigan team in their first big ten matchup of the season. The Boilermakers come into this game off of a close loss to a ranked Florida State team on the road and with a record of 5-2 overall. Both losses were to ranked opponents, so there is definitely an argument to be made that Purdue is one of the best 2 loss teams in the country. Michigan is coming off of a nice win over a good North Carolina team and a stomping of Villanova earlier in the year. This Michigan team has been one of the most dominant teams early on this season and that is why they are favored by 7 against a really good Purdue team.

Purdue is very heavily reliant on guard CarsenEdwards this season. Purdue has 3 double-digit scorers this season and Edwards is averaging 10 points more than the second-highest average coming from Ryan Cline. Edwards is an early Big Ten player of the year contender and even possibly a national player of the year candidate. It is always scary facing a team with a clear star at the guard position that always has the ball and is shooting almost 40% from 3-pt range. Edwards is a guy that will really control how well his team does. I am a sucker for rooting for these one-man shows at times in the college game, especially vs. a good team.

The surrounding pieces around Edwards have all been pretty solid statistically, in terms of efficiency, this season. I think the keys to this game for Purdue will be Carsen Edwards and a second guy. Can Carsen Edwards carry Purdue with a 30+ point game vs. a good team that understands that Edwards is the clear #1 option. Last year, Edwards scored 19 and 13 vs. Michigan, but he was not this prominent in the offense. I think the biggest key to the game for Purdue is that they need one secondary player to step up here. If they get that second option to show up in this game, it could throw off the Michigan defense.

Michigan has been a very well-rounded team this season with 7 guys getting over 18 minutes a game and no one getting 31 or more. They also are very spread out in scoring duties. They have two players, Ignas Brazdeikis and Charles Matthews, averaging 17 and 15 respectively and then they have 5 guys averaging 5-10 points a game. Michigan is shooting 35% from 3 this year, which also allows this ball movement, balanced attack work so well. The key so far for this team has been freshman IgnasBrazdeikis. Ignas is a 6’7 forward that is shooting 55% from the field and 39% from 3 while being second on the team in rebounds only .2 behind the leader.

Early in the year, this kid has been what has really given Michigan the edge over their opponents. Michigan’s defense has been outstanding this year, only giving up 60 or more points twice. In both of those games, however, Michigan scored over 80 and still won comfortably. They held UNC to a leading scorer of 12 points and under 40% from the field, while Villanova struggled shooting 31% from the field and their leading scorer had 10. That’s incredibly impressive. We know that Michigan will do whatever they can to stop Edwards from getting loose.

Although I do believe that Michigan’s defense is very good, I think that both top-tier teams that they have played shot below what they would average shooting if they played again. That being said I do think Michigan wins this game. I will still take the +7 with Purdue and take the best player on the court and the points.