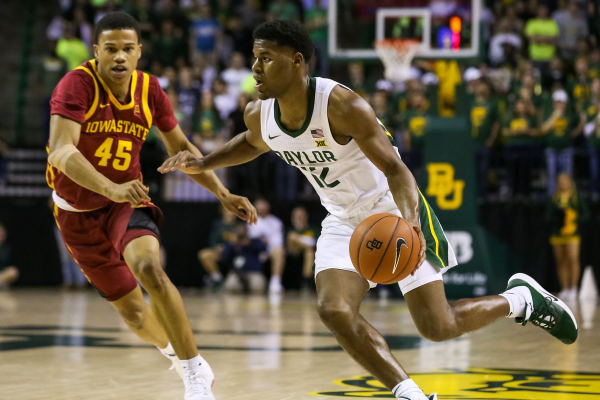 Monday night features a matchup of Big 12 rivals as the Oklahoma Sooners (12-5) travel to the Ferrell Center to take on the No. 1 Baylor Bears (15-1). In the Big 12 standings, the Sooners currently sit tied for third at 3-2 while Baylor leads the pack at 5-0.

The Sooners would love nothing more than to upset the Bears and add a signature win to what has been a solid start to the season. Baylor looks to continue a phenomenal start and to stay unbeaten in the conference. Tipoff for this one is scheduled for 9 pm ET.

The Sooners come into this one having won just one of their last three games. On Saturday, they were able to rout TCU, but prior to that, they lost to both Iowa State and No. 6 Kansas.

Baylor has won 14 straight games, with its only loss of the season coming in its second game against Washington. Since then, the Bears have done nothing but win, including victories over Butler, Kansas, Villanova and Texas Tech. In their last game, on Saturday, the Bears beat Oklahoma State.

Baylor enters this game as a 10.5-point favorite playing at home. The over/under for total points scored sits at 136.5.

To beat the Bears and their stellar defense, the Sooners will rely heavily on their trio of top scorers. Senior forward Kristian Doolittle leads the team with 16.4 points and 8.5 rebounds per game.

Jared Butler and MaCio Teague lead the way for the Bears offensively, with Butler averaging 16.9 points, 3.3 assists and 2.8 rebounds. Teague is chipping in 13.5 points, 2.2 assists and five rebounds per game.

Bears Win, But Can They Cover?

This is a tough matchup for Oklahoma. Not only does it have to go against one of the best defenses in the nation on the road, but the Baylor offense isn’t too bad either.

In their last two losses, the Sooners were beaten by 14 and 13 points, and neither of those two teams was quite as good as how Baylor has been playing. It would shock me if Oklahoma is able to keep this close. As a result, for my money, I am taking Baylor despite laying the 10.5 points.