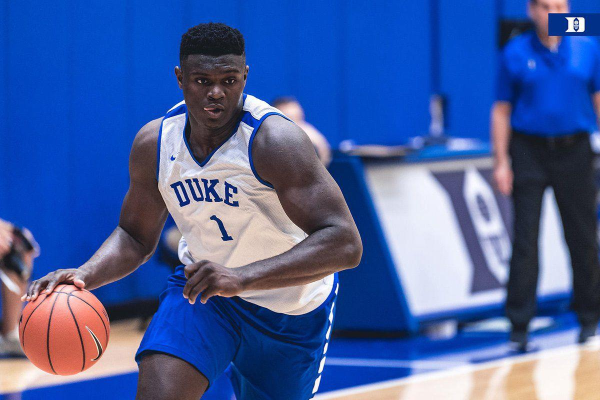 The 4-seed Virginia Tech Hokies are in Washington, DC to take on the 1-seed Duke Blue Devils in the East region of the NCAA Tournament. The Hokies have faced a 12 and 13 seed on their way to this game, which has lined up rather nicely for them. The Hokies were pretty clear favorites in both games and really showed that they were the better team for the vast majority of both games. Duke had a major scare in the round of 32 where 9-seeded UCF missed two last second shots to lose the game. This game was terrifying throughout, but it had to have let the young Blue Devils know that nothing comes easy this time of year.

The Hokies actually have a win over Duke this season, but that did come in the aftermath his injury vs. North Carolina. Duke is clearly a different team without Zion and they would not be in this position in many ways if it weren’t for his play since returning from injury. It is fair to note that Virginia Tech was without their star point guard Justin Robinson in that game as well, so we should see a different game this time around.

I am very curious to see how Virginia Tech implements Justin Robinson in this game. At some point, Robinson should become the starter, but they have worked him back in a more limited fashion or their first two tournament games. That being said, they were up comfortably for the most part in those games and we never saw what Robinson could have done if his team was on the brink of elimination. With the extra week, I would not be surprised to see Robinson back in the starting lineup and playing every single minute he possibly can in this matchup.

Virginia Tech ranks as a top 25 defense and offense in the country, as does Duke, which goes to show why both of these teams are still alive in the tournament. The biggest key to this game for the Hokies is winning the 3-point battle by a large margin. Tech is one of the best shooting teams in the country, hitting over 39% from three as a team. Duke is one of the worst teams from beyond the arc in the country. If they can exploit this clear advantage, this team will be in good shape.

Duke Lucky to be Dancing

Duke really struggled in their second round matchup vs. a UCF team that is not on VT’s level. This doesn’t concern me nearly as much as others. I think UCF was one of the worst matchups in the country for the Blue Devils. Now, UCF had to play their best game of the year for this game to go down the way it did, but I wasn’t shocked that the Blue Devils struggled. As previously mentioned, Duke is 329th of 353 teams in terms of 3-point shooting percentage. That is second worst in the tournament behind VCU, the other team UCF beat to get to Duke. UCF’s Tacko Fall isn’t a great basketball player, but he definitely makes it more difficult for teams to score inside than someone like 6’10 Kerry Blackshear will. This dominant interior presence vs. a team that relies on finishing around the rim is going to force them into awkward positions and it did. Virginia Tech doesn’t have that player and I think that will really prove to be the difference in the game.

We have seen Duke come back against good teams multiple times this season and it all stems from their will to win and their sheer athleticism and finishing ability, just like it did against UCF. If Duke is in a similar spot against Virginia Tech onn Friday night, there is no doubt in my mind that the Blue Devils are capable of willing their way to the next round. That being said, I am not in love with the number on any side here. I like the Blue Devils to win here and a money line bet/waiting for them to go down in hopes to get a better live option is my favorite way to play this. I will sprinkle a little on the Blue Devils here -7 because I do think they are clearly the superior team in this spot.