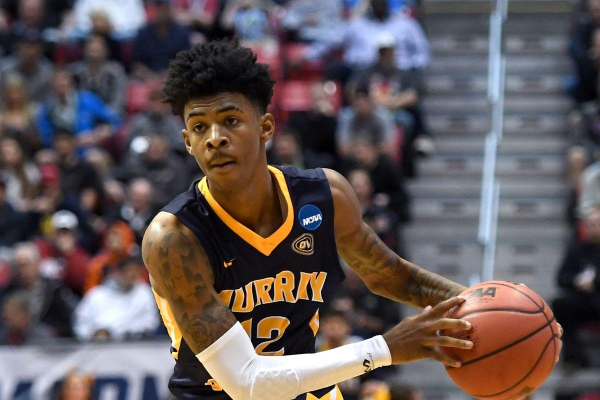 The play-in games are done, we have our 64 teams and all that is left is to play some basketball.  Thursday starts one of the most exciting times of the year for sports fans and there is a full docket of games that are sure to not disappoint hoops fans.  One game that is of particular interest pits No. 12 Murray State (27-4) versus the No. 5 Marquette Golden Eagles (24-9).  While these certainly are not two of the best teams in the tournament, they do feature two of the most dynamic players in Marquette’s Markus Howard will square off against Murray State’s Ja Morant.  For Murray State, they got into the tournament winning the Ohio Valley Conference championship while Marquette come into this tournament after finishing 2ndin the Big East.  On Thursday, the two will square off at the XL Center with tipoff scheduled for 4:30 pm ET

In the matchup, the Marquette Golden Eagles come in as 3.5-point favorites playing at the neutral site.  The over/under for this game is set at 149.5 points.

On the offensive side of the ball, both of these teams have dynamic scorers but it is MurrayState that has averaged out a little better on the season.  They currently rank 11th in the nation averaging 83.3 points per game. They are shooting a ridiculous 49.6% from the field which is good for 9th in the country.  For the Golden Eagles, they aren’t too bad either as they currently rank 58th in the country averaging 77.7 points per game.  Marquette is especially deadly from behind the arc averaging 9.4 threes per game (tied for 40th overall).

Murray State Hoping Ja Morant Can Get Them To First Weekend

There is a reason that many NBA teams are salivating over the idea of Ja Morant.   While he might not be the once in a generation freak of an athlete like ZionWilliamson, he does show the skills to excel at the next level and has helped carry the Racers all season.  Astonishingly, he has averaged a double-double this season as he is putting up 24.6 points while also dishing out 10 assists per game.  If that wasn’t enough, he is averaging 5.5 rebounds, 1.8 steals and is shooting 50.3% from the field.  If he gets going, Marquette better watch out.

If you are going to drool over the accomplishments of Ja Morant this season you have to do the same for Marquette’s MarkusHoward. On the season, Howard has averaged 25 points on 42.4% shooting, including 40.8% from behind the arc.  In addition to the scoring, he is also averaging 4 rebounds, 4 assists and 1.1 steals per game.

Aside from Howard, forwards Sam and Joey Hauser have been impressive this season.  Sam Hauser is currently averaging 14.9 points on 46.4% shooting while also averaging 7.1 rebounds and 2.5 assists.  For Joey, he is averaging 9.7 points along with 5.3 rebounds and 2.5 assists per game.  Still, though, this matchup is going to be won or loss by the successes of Howard. After injuring his wrist against Seton Hall in their last matchup, it will be interesting to see how he responds in this one.

If They Don’t Win, Murray State To Keep It Close

It is the dreaded 12-5 matchup that seemingly creates upsets on a yearly basis. While I am not sure that Murray State can take down the GoldenEagles, I do think this one will be close.  It is really the battle of two elite scorers between Markus Howard and Ja Morant.  As previously mentioned, one thing that will be interesting to watch is how Howard’s wrist will hold up after injuring it against Seton Hall.  He says he is good to go but any nagging injuries could open a door for the Racers.  I really like Ja Morant.  There is a reason that he is projected to be a NBA lottery pick and I think that he could lead them to victory or at least keep this one close.  For that reason, the 3.5 points seem huge to me.  For my money, I am taking Murray State and the 3.5 points.