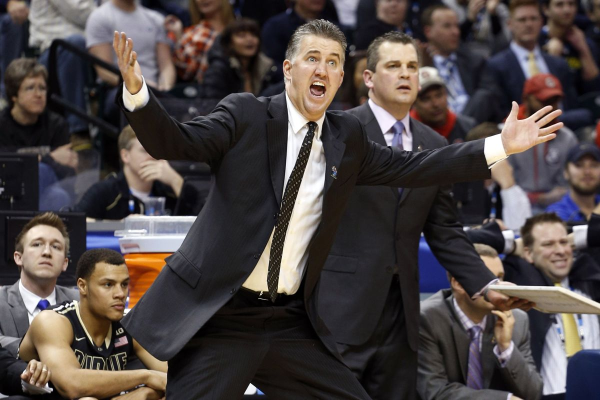 The 3-seed PurdueBoilermakers are in Louisville, Kentucky to take on the top seeded Virginia Cavaliers in an Elite 8 matchup in the South Region of the NCAATournament. Both of these teams are coming off of thrilling games just 2 days ago, which could really play a factor in this game. We saw Purdue go to overtime against a great Tennessee team and that resulted in their star point guard playing all 45 minutes of that game. Virginia was in a completely different battle with 12-seed Oregon that they eventually won 53-49.

Purdue was one of my favorites coming into this tournament because of Carsen Edwards. Edwards has not disappointed at all, scoring 29 in what was likely his worst game of the tournament against a great team. I think Edwards will continue to be the X-factor in this game, as he will be in every Purdue game moving forward. When facing Tennessee, Edwards shooting struggles got bailed out by the rest of Purdue shooting over 50% from three-point range. Obviously, the Boilermakers cannot rely on this production from guys like Ryan Cline, who set a career high in the biggest game of his life by making 7-10 3’s.

The biggest concern when playing Virginia is that you have to make all of the right plays. Virginia has been a well-oiled machine that always capitalizes on their opponents mistakes and they don’t make many mistakes. The biggest key for the Boilermakers as a team will be to limit turnovers, which they are generally good at. The Boilermakers rank 25th in the country at limiting turnovers per possession, which could be a major factor. Neither of these teams are great at creating turnovers, but they both are good at capitalizing on every possession when they do force these turnovers. Both teams rank in the top 10 in the country in offensive efficiency.

Make the Free Ones

The other key to this game should be free throw shooting. Virginia would be considered a good free throw shooting team, while Purdue would be slightly above average. The concern here lies with Purdue’s last performance. The Boilermakers were 16-33 from the line vs. Tennessee and that will not fly in this game. Virginia is fantastic on the offensive and defensive end of the court and they will not allow you to throw away 17 points from the stripe.

The Cavaliers have been true to form in their first 3 games of the tournament, slowly grinding away the other team until they can dribble down the final few seconds. The biggest concern for Virginia is still their lack of efficiency from beyond the arc in their first few games. I am not sure if this is completely random or a mental block at this point, but it is clearly something that needs to be addressed if team wants to become the national champion. Virginia relies on being great defensively and then getting good, open looks from beyond the arc. If you just looked at percentages in the tournament, Virginia would be under 30% and near the bottom of the country in this category. They will not be able to continue with this performance and it will likely need to stop in this game. The strange part about these numbers is that Virginia has been bad the last 3 NCAA Tournaments, shooting around their average just once in a 1 v. 16 matchup 3 years ago. I think this is simply a coincidence, but it is definitely something to watch for at the beginning of this game.

Purdue beats Virginia if we see the Virginia we have seen all tournament. This Virginia team hasn’t been nearly as good as they are in the regular season and it is becoming a trend that I would not mind betting on at this point. That being said, I think Virginia is the rightful favorite in this spot because we shouldn’t assume a 40% 3-point shooting team will just become a 30% team overnight. I like Purdue in this spot +4.5 because I think it gives you enough wiggle room that Purdue can cover even if Virginia does look back to form.