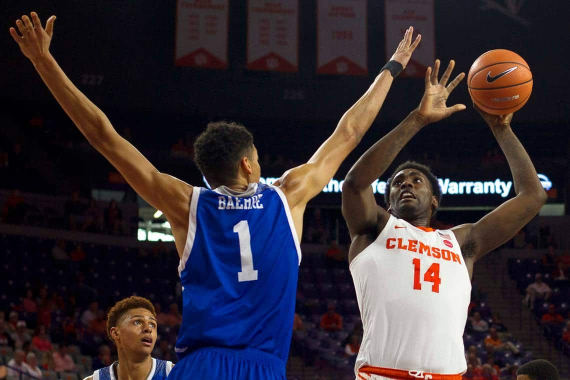 After John Beilein left earlier this month, Michigan turned to one of their own to replace him, hiring Juwan Howard as their new head coach last week. Howard was a member of the infamous Fab Five when he came to Michigan in 1991. He spent three seasons playing for the Wolverines, helping Michigan reach the national title game twice. He then spent nearly two decades playing in the NBA before retiring in 2013 to become an assistant with the Miami Heat. This will be his first time as a head coach, and Howard will be taking over a program that has been to the Sweet 16 five times in the last seven years.

While some players will wait until almost midnight tonight to decide, Marques Bolden of Duke and Jordan Bone of Tennessee have both stated that they’ll keep their name in the NBA Draft. There are several notable players who have yet to make their final choice, including Kerry Blackshear Jr. of Virginia Tech, Mamadi Diakite of Virginia, Anthony Cowan Jr. of Maryland, and Jared Harper of Auburn.

Meanwhile, some schools have received good news this week with players deciding to return to school. Reggie Perry of Mississippi State, Killian Tillie of Gonzaga, Neemias Queta of Utah State, and Kaleb Wesson of Ohio State will all stay in school, giving each of those teams a big boost heading into next season.

The Hauser brothers have made their decisions after announcing their transfer from Marquette earlier this offseason. Thought to be a package deal, Sam will be transferring to Virginia while Joey has chosen to move on to Michigan State. Sam, a 6’8’’ junior, will have one year of eligibility at Virginia after sitting out next season. Joey, a 6’9’’ redshirt freshman, will also sit out next season before having two seasons of eligibility at Michigan State, although it’s possible he’ll get a third because he took a redshirt season at Marquette. Either way, both have a chance to make a meaningful difference for their new teams when they become eligible.

Kansas forward Silvio De Sousa has finally been granted his eligibility by the NCAA. He enrolled at Kansas in January 2018 and played a minor role for the Jayhawks the rest of the season. However, his eligibility was called into question because his name was connected with the recent corruption scandal in college basketball. He was held out action until the NCAA made a ruling, and in February they ruled him ineligible through the end of the 2019-20 season. Knowing that, De Sousa declared for the draft but said he would return if he won his appeal to play next season, which he has now done.

Gonna Be a Buckeye

The Ohio State Buckeyes have added Cal transfer Justin Sueing. The 6’7’’ forward decided to leave Cal after head coach Wyking Jones was let go after the season. After spending two years at Cal, Sueing will have to sit out next season before having two years of eligibility to use at Ohio State. He was Cal’s top scorer this past season, averaging over 14 points per game while also hauling in six rebounds per game.

The Clemson Tigers may have lost forward Jonathan Baehre for the upcoming season. Baehre, a 6’10’’ native of Germany, tore his ACL while practicing last week. He started his career at UNC Asheville but sat out last season as a transfer. With the Tigers losing four seniors off last year’s team, Baehre was likely to play a prominent role during the 2019-20 season, although whether he’ll play at all this season is up in the air.

Sadly, we have to end on a tragic note. Wisconsin assistant coach Howard Moore was involved in a devastating car accident over the weekend that claimed the lives of his wife, Jennifer, and daughter, Jaidyn, as well as the 23-year-old woman who was driving the wrong way on a Detroit-area freeway. Moore’s injuries are not considered life-threatening. As of Monday night, he was able to get out of bed and walk around the hospital. His son, Jerell, was previously released from the hospital following the crash.