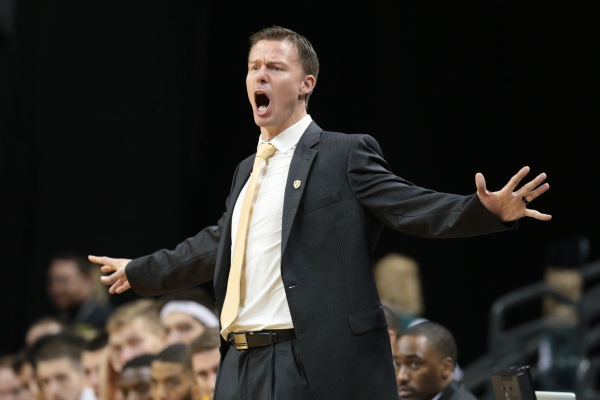 With the deadline to declare for the NBA Draft beyond us, the coaches in the college basketball world started to take center stage this past week. Let’s catch up on some of the top stories you may have missed.

After taking an interview with the DetroitPistons, Michigan coach John Beilein decided to stay with the Wolverines. Beilein wrote on Twitter that he expects to coach Michigan next season and “in the years to come!” The news is a sigh of relief for Michigan fans. Beilein is already under contract through the 2021 season and before he interviewed with the Pistons there were rumors of Beilein and Michigan closing in on an extension. On Monday, the Pistons announced they have hired Dwane Casey to fill their head coaching vacancy.

Mayor of the Motor City

A familiar face is on the move. MikeDavis, best known for his six-year stint as the head coach at Indiana, is now the head coach at the University of Detroit Mercy. Davis was most recently at Texas Southern University, where he led the Tigers to great success. Texas Southern finished first or second in the SWAC in each of his six years, winning the conference tournament and advancing to the NCAA Tournament four times in those six years. Outside of pulling off an upset in the Big Dance, there’s little left for Davis to accomplish at Texas Southern.

In the past, Detroit has been a fairly successful program, most notably from 2008 to 2016 under former coach Ray McCallum. However, the Titans won just eight games in each of the past two seasons under Bacari Alexander, who was fired just two seasons after taking over for McCallum. It’ll be up to Davis to turn Detroit around and get the Titans back to the top of the Horizon League.

After pulling off arguably the greatest upset in NCAATournament history, UMBC head coach Ryan Odom has been handsomely rewarded with a new contract that nearly doubles his salary. The school gave Odom the contract in March, but the records have recently become public, and they show that Odom will have a base salary of $425,000 per year through the 2023 season. There are also incentives for public appearances and leading his team to the postseason. Odom led the Terriers to an upset of Virginia in just his second season at the school. That one game has undoubtedly changed his life.

Matchups for the 2018 2K Classic were reported over the weekend. The two-day event will feature Syracuse playing Connecticut and Oregon playing Iowa on November 15 at Madison Square Garden. The two winners and two losers will play one another the next day. This will be the third straight year the Orange and Huskies, former Big East rivals, will meet each other in the Garden and the fourth straight season overall they will renew their rivalry. Of the four teams, Syracuse was the only one in last season’s NCAA Tournament. The Orange reached the Sweet 16 as a no. 11 seed. Connecticut and Iowa both had treacherous campaigns while Oregon settled for a spot in the NIT.

The King of Filmmaking

HBO announced Monday that it is releasing a film in October called STUDENT ATHLETE, which it describes as a documentary on “the exploitative world of high-revenue college sports.” Part of the announcement is the fact that LeBron James is a co-producer of the film. Among the current and former athletes who are being profiled in the movie is Kentucky center Nick Richards, who will be a sophomore at Kentucky next season. James, of course, never played college basketball, entering the league before it implemented the controversial one-and-done rule.

Kicking Cancer to the Curb

Texas guard AndrewJones received good news in his fight with leukemia this past week. While Jones is still undergoing treatments, he’s been cleared to move back into an on-campus dorm and take online classes this summer. However, he will not necessarily be living there full time, as he goes to Houston to receive treatment. Nevertheless, it’s a sign that things are going well and he’s on his way back to being clear of the disease and returning to the court.

As a sophomore this past season, Jones averaged 15 points per game over the first eight games of the season. He then missed four games because of wrist injury before playing the first two games of the Big 12 season. However, he complained of fatigue in those two games, leading to him being diagnosed with leukemia and missing the rest of the season. His health is obviously a priority over his basketball career right now. But when healthy, Jones looked the part of a legitimate NBA prospect.