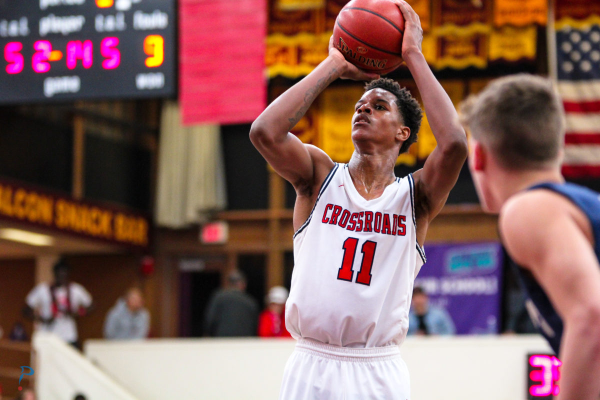 It was a rather slow week on the college basketball front. Fortunately, there was plenty of news involving the downfall of Rick Pitino to keep us entertained. Let’s check out that story and the other headlines of the past week.

Don’t You See That Red Flag

Court documents released last week indicate that Pitino was far more aware of the issues involving the recruitment of now infamous recruit Brian Bowen. The documents reveal a text that Pitino sent to then Louisville assistant KennyJohnson acknowledging that Pitino knew that DePaul offered to pay Bowen $200,000 for his commitment. That text came the day before Bowen gave his verbal pledge to Louisville. There are also texts between Pitino and former agent Christian Dawkins that indicate the two were working together in some capacity as it relates to the recruitment of Bowen.

Pitino has maintained all along that he wasn’t heavily involved in Bowen’s recruitment, which seems hard to believe in the first place. These text messages seem to suggest the opposite. They also infer that Pitino was well aware of the shady recruiting practices involving both agents and shoe companies. Dawkins, of course, was one of 10 people arrested last fall in connection to the FBI’s investigation of the corruption behind the scenes in college basketball. He was one of three men charged with trying to funnel $100,000 to a recruit lately revealed to be Bowen so that he would attend Louisville.

Pitino is in the midst of suing the University of Louisville Athletic Association for breach of contract. He’s seeking the more than $35 million that was left on his contract at the time he was fired. He’s also suing Adidas for damaging his reputation. Louisville is also countersuing Pitino for being an “active wrongdoer” during that scandal that led to the Athletic Association board unanimously firing him last year.

Back on the Court

In a more cheerful story, Vanderbilt freshman Simi Shittu has been cleared to play this season after tearing his ACL in January. Shittu was considered a top-10 prospect by most recruiting outlets, making it a big deal for the Commodores to land the 6’9’’ forward. Of course, he was just one member of what appears to be an outstanding recruiting class at Vanderbilt this year. However, Shittu was expected to make a serious impact right away. Whether he can return to his pre-injury form right away remains to be seen.

What’s In A Name

North Carolina announced this week that the floor at the Smith Center will now be named Roy Williams Court after the longtime head coach. The news came on Williams’ 68th birthday. Williams has led the Tar Heels to three national championships and eight regular-season ACC titles in his 15 seasons as head coach. Of course, the Smith Center is named for former North Carolina coach Dean Smith. Williams was also an assistant under Dean Smith early in his coaching career and praised Smith throughout his remarks about the floor being named after him.

Apparently, it’s never too late to decide to go pro. Maryland center Schnider Herard decided last week to leave school and pursue a professional career. Herard never actually suited up for the Terrapins. He began his college career at Mississippi State but decided to transfer midway through the 2016-17 season. Herard would not have been eligible until after the end of the first semester. Nevertheless, the Terrapins were counting on having him coming off the bench the latter part of the season. Without Herard, Maryland’s front-court is now looking a little thin, which could turn into a problem later in the season.

UCLA announced on Monday that the son of NBA legend Shaquille O’Neal, Shareef O’Neal, has officially enrolled in school and will join the basketball team this season. The younger O’Neal apparently had some academic issues to clear up, so while he gave a verbal pledge to the Bruins back in February, he never signed a letter of intent. Steve Alford and UCLA already had one of the best recruiting classes in the country even before welcoming Baby Shaq to the team. The younger O’Neal was a consensus top-50 recruit and rated as the best prospect in California in his class. Of course, based on who his father is, he has big shoes to fill, literally and figuratively.