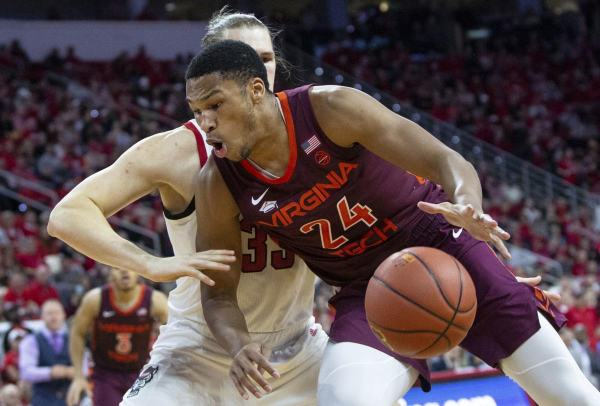 We’re now more than a week into the college basketball offseason, but there’s still a lot going on. Let’s try to squeeze in as many headlines from the past week as possible.

We Hardly Knew Ya

As is common this time of year, the list of players leaving college for the NBA is growing by the day. This week, the Duke trio of Zion Williamson, RJ Barrett, and Cam Reddish all declared their intentions to head to the NBA, although point guard Tre Jones has decided to come back for his sophomore season. Virginia’s trio of Kyle Guy, Ty Jerome, and De’Andre Hunter are also leaving after leading the Cavaliers to the national championship.

Among the other players who are entering their names into the NBA Draft are LSU freshmen Emmitt Williams and Javonte Smart, Big 12 Freshman of the Year Jaxson Hayes from Texas, Devon Dotson of Kansas, Stanford’s KZ Okpala, USC’s Kevin Porter Jr., Oregon’s Louis King, Gonzaga’s Rui Hachimura, and the Maryland tandem of Bruno Fernando and Anthony Cowan Jr.

Back in the Fold

LSU has officially reinstated head coach Will Wade after he was suspended late in the season amidst an investigation into his relationship with Christian Dawkins, one of the men tied to the federal investigation into corruption inside college basketball. Wade has denied any wrongdoing, and LSU is apparently satisfied with the answers he gave while looking into the matter. Of course, Wade wasn’t with the team when the Tigers reached the Sweet 16 in last month’s NCAA Tournament.

After being fired mid-season at UCLA, Steve Alford has landed on his feet at Nevada. Eric Musselman recently left Nevada for Arkansas, giving the Wolf Pack an opening. For what it’s worth, Alford led UCLA to the NCAA Tournament in four of his five full seasons, including three trips to the Sweet 16. He also has experience in the Mountain West after coaching New Mexico fro 2007 to 2013. However, Alford will more or less be starting from scratch with Nevada losing seven seniors. On top of that, former McDonald’s All-American Jordan Brown has entered the transfer portal.

Speaking of UCLA, Mick Cronin left Cincinnati for the Bruins, and now Cincinnati has hired Northern Kentucky’s John Brannen to replace Cronin. In his four seasons at Northern Kentucky, Brannen was 81-51, leading the Norse to the NCAA Tournament in two of the last three seasons after going 9-21 in his first year at the helm. Geographically, Northern Kentucky is less than 10 miles away from the University of Cincinnati, making it an easy move for Brannen.

One marquee player who has decided to stay in school for another year is Marquette’s Markus Howard, who won Big East Player of the Year this past season. However, leaving the Golden Eagles are brothers Sam and Joey Hauser, the second- and third-leading scorers, respectively. The Hauser brothers announced this week that they will be entering the transfer portal with the intention of transferring to the same school. However, both will have to sit out next season. Marquette was an early favorite as a potential Final Four team for next season after Howard decided to return, but that may no longer be the case without the Hauser brothers, as the Golden Eagles didn’t have much depth beyond those three this past season.

In addition to the Hauser brothers, there are a number of other players who are making plans to switch schools. Here is a rundown of the notable transfer news from the past week:

Virginia Tech’s Kerry Blackshear Jr. could be the biggest name on the transfer market this offseason. Blackshear has entered his name into the transfer portal and is expected to graduate this spring and be immediately eligible next season. Kentucky has already been in contact with him, according to reports. However, after the big man averaged 15 points and 7.5 rebounds this season, he’s also entering his name into the NBA Draft in order to get feedback.

USC coach Andy Enfield is apparently trying to form a roster made entirely of grad transfers. The Trojans will get immediate help next season from Daniel Utomi. The 6’6’’ forward is transferring from Akron to USC. The Trojans have already added two other grad transfers this year: guards Noah Baumann of San Jose State and Quinton Adlesh of Columbia.

Cal guard Darius McNeill is leaving Berkeley and heading to SMU next season. The 6’3’’ guard has averaged 11 points per game over his first two seasons at Cal. However, the Houston native will now be transferring closer to home, although he’ll likely sit out a season before suiting up with the Mustangs.