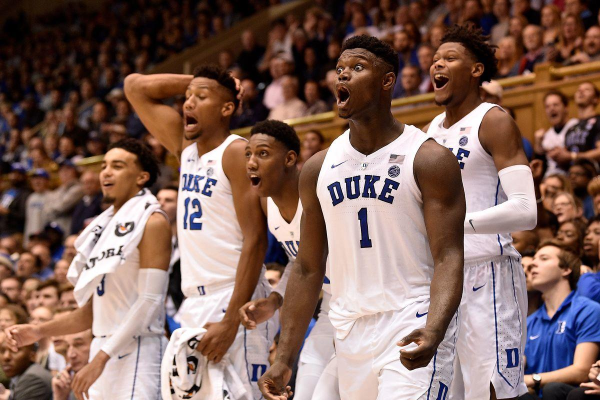 It will be a matchup of top-25 teams on Thursday when the number 12 Texas Tech Raiders (10-0) square off with the number 2 Duke Blue Devils (10-1). This game will be played on a neutral site as Madison Square Garden will be the venue for the matchup.

For Texas Tech, they have had a really nice start to the year with their most recent win being a dominant 82-48 win over the Abilene Christian Wildcats. The knock on Texas Tech right now has been their relatively easy schedule. With the exception of Nebraska, the team has not played anyone in the top-25 and generally have gone unchallenged. That will certainly change with the Blue Devils across the floor.

Speaking of Duke, they have also had a solid start to the year. Their only loss has been against number 8 Gonzaga in a close 2-point loss, but since then have rattled off 5 straight. They also have wins over number 22 Indiana, number 19 Kentucky and number 7 Auburn on their resume. Still, Texas Tech should be a formidable foe for the Blue Devils. Tipoff is scheduled for 7:00 pm ET.

In this contest, the Duke Blue Devils are 8.5-point favorites playing on the neutral floor. The over/under for total points scored is set at 146.5.

Despite how solid the Raider’s defense has played, they have yet to face an offense like Duke’s. As a result, they are going to have to find ways to put up some points. Leading the way on offense for Texas Tech this year has been Jarrett Culver. On the season, he is averaging 19.1 points per game on 58.1% shooting from the field. He also is averaging 5.7 rebounds and 4.5 assists per game. All of those stats lead the team.

Aside from Jarrett, the only other player averaging double-digit scoring is Matt Mooney, who is averaging 11 points per game. He also is adding 4 rebounds and 3.6 assists per game. Other contributors include Davide Moretti (9.3 points, 3 assists), Tariq Owens (8.5 points, 5.3 rebounds, 2.7 blocks) and Kyler Edwards (7.9 points).

Duke Trying To Make It 6 In A Row

Ever since Duke lost to Gonzaga, they have been rolling. In their last contest, they won 101-50 over Princeton. The Blue Devils have been led in scoring by two dynamic freshmen, RJ Barrett and Zion Williamson. Barrett has been averaging 24.5 points and 7.1 rebounds. He also has 45 assists and 11 steals on the season. For Williamson, the high flying dunker, he has been averaging 20.1 points and 9.1 rebounds while also leading the team in steals with 24 and is second in blocks with 22. He is also shooting a ridiculous 66.7% from the field.

Duke has one other player averaging double-digits, and that is Cam Reddish. He is averaging 14 points, 3.2 rebounds and is second on the team with 23 steals. Tre Jones has also had a big impact as he is averaging 8.3 points and 3.2 rebounds, but also leads the team with 62 assists on the season. Regardless, this team can beat you in a lot of different ways and will certainly be a test for Texas Tech’s high powered defense.

Duke Will Just Be Too Much For Texas Tech

I respect the 10-0 start by Texas Tech and the highly ranked defense, but I am just entirely too skeptical of how realistic those stats are given who they have faced. If the Raiders come out of this with a victory or even keep it close, I will certainly be the first one in line to give them my respect, but right now I just don’t think they will be able to keep up with Duke’s offense. Not only is their offense dynamic, but their defense is pretty decent as well. Regardless, for my money, I am taking Duke even though they are giving up 8.5 points.