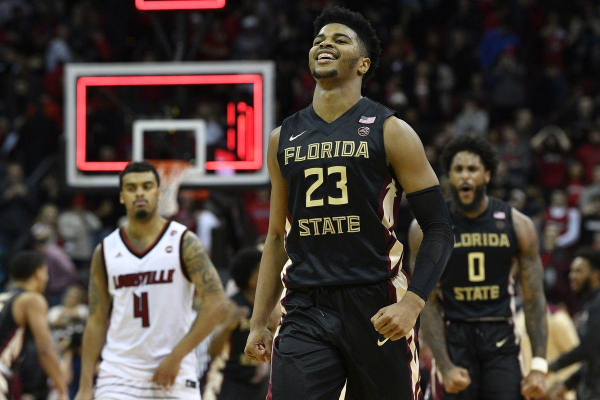 One of the best college basketball games of the weekend will take place down in Tallahassee, Florida on Saturday. The top-ranked Duke Blue Devils will look to stay undefeated in conference play as they travel to take on the Florida State Seminoles. Florida State is also ranked in the top-15, and are looking to avoid their second ACC loss of the season.

Duke has won eight straight games since losing to Gonzaga University in the championship game of the Maui Invitational. The Blue Devils have each of their first two conference games by at least 19 points and look like the clear favorites to win the ACC. Florida State entered conference play with just one loss on the season but suffered a 13 point loss to the University of Virginia in their ACC opener. Duke comes into this game as an eight-point favorite over the Florida State Seminoles.

The only way that Florida State is going to beat the Blue Devils is to control the tempo on both ends of the floor. The Seminoles do not have the explosive athletes to keep up with Duke, but they do have some size that can help them in this game. Florida State is averaging 78.5 points per game this season, but that number has dropped to 60 since conference play has started. The Seminoles have continued to defend at a high level, but their defense will be tested against Duke.

Senior guard Terance Mann has been the offensive star for the Seminoles so far this season. Mann is averaging 11.8 points and 6.4 rebounds per game and is shooting over 55 percent from the field. Sophomore forward Mfiondu Kabengele is the only other Florida State player averaging double-figures, but the Seminoles have a ton of players who can score. Head coach Leonard Hamilton plays at least ten different players over 12 minutes per game, and all of the players have the ability to shine on offense. Florida State will have to score points to keep up with Duke.

The Duke Blue Devils are led by one of the best freshmen classes in recent memory, but these players don’t play like freshmen. Duke has looked like the best team in college basketball since Day 1, and they are continuing to improve right before our eyes. The Blue Devils are averaging 91 points per game this season, and have the ability to score in a variety of ways. Coach K also has his young guys playing defense, holding opponents to just 64 points per game. The young Blue Devils still must prove that they can win conference road games, but they have the skill to get the job done.

RJ Barrett and Zion Williamson have been the two biggest stars for Duke so far this season, but they have had plenty of help. Barrett leads the team with 22.8 points per game and has the ability to get to the rim anytime he wants. Williamson has poured in over 20 points and grabbed 9.5 rebounds per game to go along with a slew of highlight reel plays. If Florida State is going to find a way to beat Duke, they are going to have to slow down Barrett and Williamson.

This will easily be the toughest test that Duke has faced all season long, but Coach K will have his team ready. Florida State looks like a contender this season in the ACC, but they don’t have enough talent to beat the best teams in the league. The Seminoles will look to slow this game down to keep it close, but eventually, Duke will pull away. The Blue Devils are simply too good to lose to a team like Florida State. Bet Duke -8.0 over Florida State on Saturday.