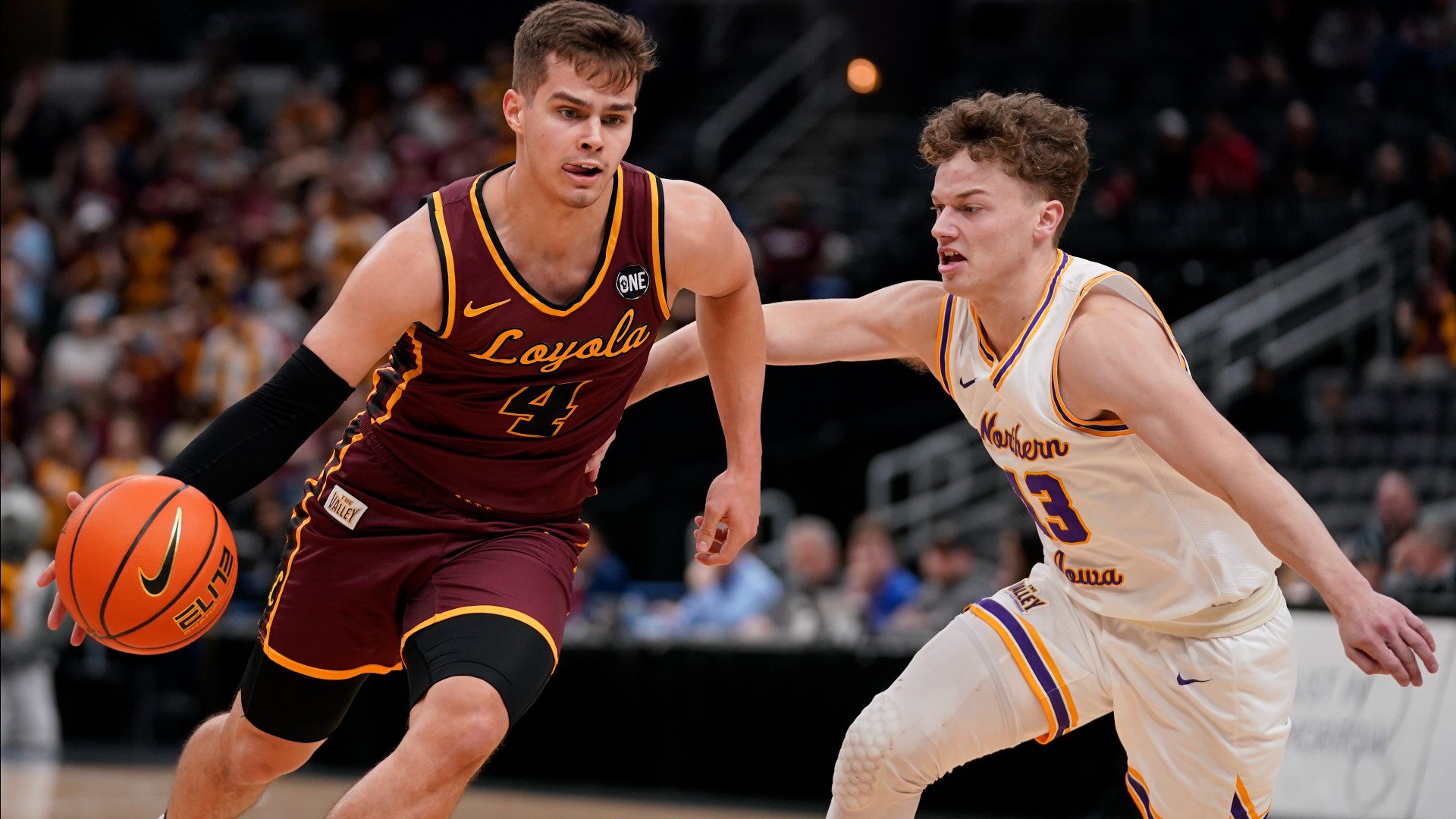 Around the country, a number of NCAA Tournament hopefuls are hoping for one result and one result only in the Missouri Valley Conference tournament in St. Louis.

Loyola-Chicago did not win the MVC regular season title, but they are likely the only team in the league with a chance at an at-large bid. And if the Ramblers, who are moving to the Atlantic 10 next season, signs off on its time in the Valley by claiming the automatic bid, that will ensure that there is one more spot for the bubble boys to fight over.

But first, Loyola must win today’s semifinal showdown with tournament top seed Northern Iowa. That is something that they could not do last weekend when the regular season title was on the line in Cedar Falls. And if they put away the Panthers, they will face either #2 seed Missouri State or #3 seed Drake for all the marbles tomorrow.

Here’s a look at the Missouri Valley Conference tournament bracket, results, and odds.

Teams that are still alive are in bold.

This past weekend, Loyola could have helped themselves significantly by securing the MVC regular season title at Northern Iowa. But despite leading for most of the second half, the Ramblers were unable to close out the game, and the Panthers won 102-96 in overtime to claim the regular season title.

As it stands, they are likely either one of the last teams in the field or one of the first teams out of it, depending on where you look. At CBS, whose bracket projections were updated this morning, the Ramblers are one of the first four teams out along with Michigan, Florida, and VCU.

With only two Q1 wins and the MVC lacking any other potential tournament teams besides themselves, the Ramblers are in a tough spot if they don’t win the auto bid.

The timing of the MVC tourney works against them, given that bubble teams from other conferences, like Michigan, Florida, VCU, Indiana, SMU, and others would have their final chance to make an impression on the committee with the Ramblers already in the clubhouse.

Next season, they won’t have to worry about that, as the Atlantic 10’s conference tournament typically ends on Selection Sunday. This season, though, they will be sweating if they don’t take the title today.

Loyola-Chicago vs. Drake Prediction and Picks

Loyola-Chicago 73, Drake 62 (Loyola-Chicago -5.5 & OVER 130.5): Ultimately, Loyola’s best is better than anyone else’s best in the Missouri Valley Conference.

Yesterday’s defensive dismantling of the Panthers showed what the Ramblers can be when they are doing what they do best. Northern Iowa shot only 23.2 percent (13 of 56) from the field and 16.7 percent (4 of 24) from three.

So, this is a team that won’t be short on confidence and belief, and they are certainly not short on talent either. The Bulldogs will take the court with five players averaging at least nine points per game, led by freshman Tucker DeVries. DeVries (13.9 PPG, 4.5 RPG) kept his cool and calmly sank the decisive two free throws with a second left in the semifinal win.

But the absence of senior guard D.J. Wilkins, who is their fourth-leading scorer, top perimeter threat, and an elite defender, will hurt them against Loyola. Wilkins, who had 20 points in the home win over the Ramblers, tore his ACL in the regular season finale against Southern Illinois.

Drake has done well to get to the championship game without Wilkins, but without him, beating Loyola three times in one season will be beyond them. The Ramblers will sign off on their time in the MVC with a third tournament title in five seasons.

The 2022 French Open is underway at Stade Roland Garros in Paris, France, and we are already almost through the first week of play. Tomorrow, the remaining third-round matches will take place, after which the men’s and women’s singles draws will be down to their final 16 contenders. In both men’s and women’s singles, there END_OF_DOCUMENT_TOKEN_TO_BE_REPLACED