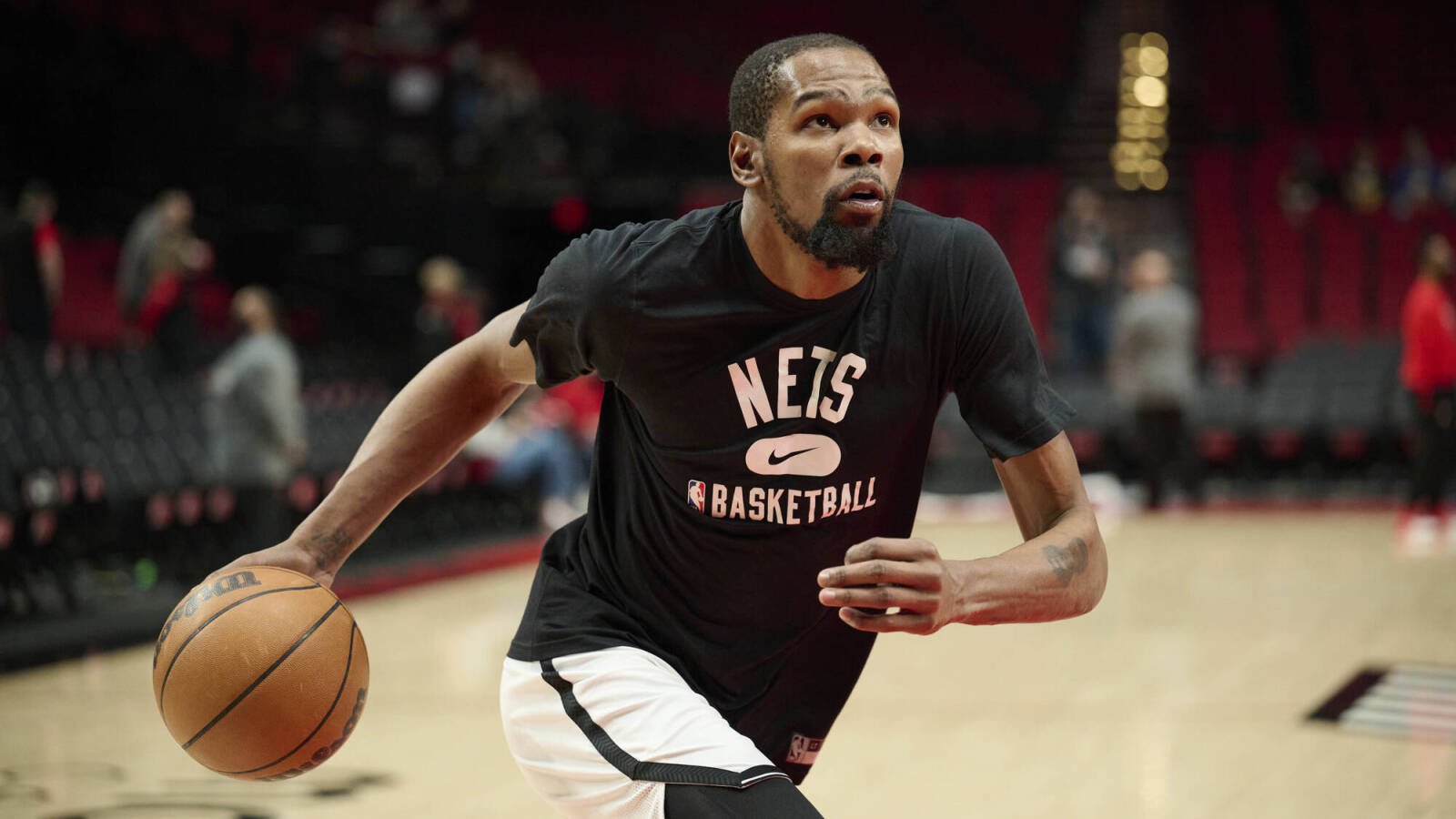 One of the best players in the NBA returns to the court tonight, as Kevin Durant will suit up for the Brooklyn Nets as they host the Miami Heat at Barclays Center.

Durant suffered a knee sprain against the New Orleans Pelicans on January 15 and missed the Nets’ past 21 games. At the time, the Nets sat atop the 2022 NBA championship odds and KD looked set to make a run at a second NBA MVP award.

His return is certainly very timely, as things fell apart without him in the lineup. The Nets are no longer title favorites, and after winning only five games without KD, sit eighth in the East.

The team that the Nets–and everyone else in the East–are chasing is in Brooklyn tonight, fresh off of a gut punch of a loss last night against the Bucks in Milwaukee.

Players returning from injury can represent a risk when it comes to NBA props, no matter who it is. But should Durant props be on your agenda tonight as he makes his return against the Heat?

Can Durant Resume His Strong Season in His Return to NBA Action?

When he went down, KD was in the midst of one of the best seasons of his esteemed NBA career.

Including the game against New Orleans, in which he played only 12 minutes before suffering a sprained left MCL, KD was averaging 29.3 points per game, 7.4 rebounds per game, and 5.8 assists per game through 36 games.

Currently, there are only two players scoring at such a high clip. NBA MVP favorite Joel Embiid leads the NBA in scoring at 29.8 PPG, and Giannis Antetokounmpo is averaging 29.3 PPG.

In the 12 games prior to the game in which he suffered his injury, Durant had scored at least 26 points in each game. And with 12 points in 12 minutes against the Pelicans, he was on course to extend that streak.

His big numbers this season have certainly been needed. Kyrie Irving has been available for only road games (excluding road games against the New York Knicks or Toronto Raptors). Also, injuries and COVID issues have affected the team’s depth throughout the NBA campaign.

And with Kyrie not available tonight, former sidekick James Harden now with the Philadelphia 76ers, and Ben Simmons not yet available for his new team, KD must hit the ground running against the Heat.

Will Fatigue Factor in for the Heat?

With the Nets sitting only three games ahead of the 11th-placed Washington Wizards in the Eastern Conference, the Nets are getting their star man back right on time. And this matchup against the Heat might be as well.

Last night, the Heat faced Giannis and the current NBA champions at Fiserv Forum. Halfway through the fourth quarter, Miami led Milwaukee by 14 points and was headed for a big win.

However, the Bucks scored 21 of the game’s final 27 points to stun the Heat 120-119. They scored the final five points in the final 13.5 seconds to snatch the win, with the winning points coming courtesy of Jrue Holiday’s clutch basket.

After letting a win slip away in Milwaukee, the Heat face another stiff road challenge on a quick turnaround. And while Miami has been one of the best teams in the NBA this season, back-to-back success has not been a factor in their success.

This will mark the 11th back-to-back of the season for the Heat. In the previous ten, they won the latter game only three times. Each of the seven losses has been by at least three points, which is worth noting with tonight’s small spread.

We’re only focusing on props here, but there is a lot of value in backing the Nets to win and cover tonight.

Which NBA Player Props Should You Target Tonight for KD?

So, which Durant player props should you consider tonight for his matchup with the Heat? He has faced the Heat one time this season, recording 25 points and 11 rebounds in a 106-93 loss at Barclays Center on October 27.

Interestingly, big rebound numbers are uncommon for KD when he returns after missing any time due to rest or injury, even before his time with the Nets. Though tonight’s rebound total of 5.5 is well below his season average, avoiding either the over or the under is best here. How many minutes will he play? How active will he want to be? With those both unknown, just avoid that prop altogether.

However, the over on his points total of 22.5 is well worth a look. KD is one of the best scorers in NBA history and doesn’t need to play major minutes to put up a lot of points. Of course, caution should be used when it comes to betting on him to fill it up in his return. But the Nets need him to quickly return to doing what he does best, and if he isn’t limited, he should hit that number with little stress.