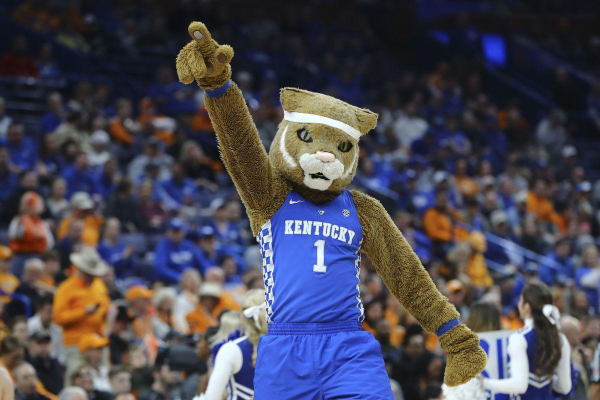 John Calipari and his KentuckyWildcats are Humphrey Coliseum to take on the Mississippi State Bulldogs in an SEC conference matchup on CBS. Kentucky comes into this game on a 9-game winning streak with wins over 3 ranked teams during that stretch. As always, Kentucky is one of the most talented teams in the country. They often take some time to mesh and look like a complete team, but they are clearly starting to come together. Mississippi State is 16-6 and coming off of a close overtime loss to a ranked LSU squad at home. Most people would argue that Mississippi State has overperformed this season, but they are still not on the best of runs as 5 of their last 9 games are losses.

Wildcats on a Roll

These two teams have played this season and Kentucky handled business at home by 21 points. Mississippi State really struggled from the field in that game, shooting 31% overall and 15% from three. This resulted in their lowest point output of the season, as they rarely score less than 70. Only 55 points against the best team you played is rarely going to work out. In that game, Kentucky had both Tyler Herro and P.J. Washington go off for 18 and 21 points respectively. The Wildcats also had 8 guys score 5 or more points in that game. Two big scorers and a lot of production around the board is a scary sight for any team facing Kentucky, so I think Mississippi will do whatever they can to avoid 2 near 20 point scorers in this game. I am not sure how well that will actually go over because Kentucky has enough talent to make you hurt from all over.

Mississippi State had their leading scorer drop 19 points, 1 point more than his season average, but the rest of the team struggled mightily. 2 starters had 0 points in 45 minutes and the other two starters scored 16 combined points in 50 minutes. The Bulldogs will need a lot more production from their ancillary pieces in this game if they want to keep it close throughout. Mississippi State’s second leading scorer, LamarPeters, comes off the bench, but plays almost 30 minutes a game. He shot 2-9 in the first matchup between these teams for 5 points. Peters is a 38% 3-point shooter and the Bulldogs would really benefit from a big game. Peters is a big piece for this offense and they have really struggled in the games where he shoots poorly. Peters went scoreless in 33 minutes in the latest game vs. LSU and they went on to lose that game.

The biggest game-changer in this game is ball movement. Kentucky is only improving as a team and that is especially true when you talk about chemistry and working together. In the last meeting, the Wildcats tripled the Bulldogs assist totals. Kentucky is longer and more athletic than Mississippi State. Kentucky should have a defensive advantage with this length and one of the best ways to outplay a bigger team is moving the ball quickly and well. This was not a strong suit of Mississippi State in the last game, which is likely why they really struggled to shoot the ball.

Kentucky is -3.5 on the road in this conference matchup after the 21-point home win earlier this season. I think that, due to Mississippi State’s lack of shooting in the game, that score is slightly off of what I’d expect to happen in a rematch. However, the shooting struggles were not simply random and I do expect them to struggle from the field relative to their season averages because they lack the offensive advantage at most spots of the floor. I like the Wildcats here on the road -3.5.