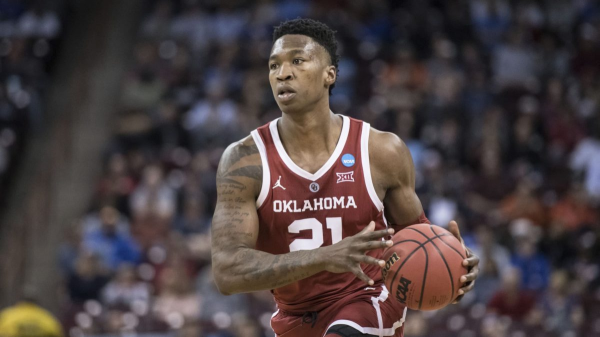 Tuesday night features a Big 12 matchup as the No. 6 Kansas Jayhawks (12-3) travel to the Lloyd Noble Center to take on the Oklahoma Sooners (11-4). Both of these teams come into this one at 2-1 in Big 12 play and do not want to lose any more ground in the conference as teams like TCU and Baylor are currently undefeated in conference play. Tipoff for this one is scheduled for 9 pm ET.

The Jayhawks come into this one having won just three of their last five games. Of their wins, they beat No. 12 West Virginia, Stanford and Iowa State while losing to No. 14 Villanova and No. 2 Baylor. The game against Baylor was their last one on Saturday, and on Tuesday, they will look to rebound from the loss against the Sooners.

The Sooners are also coming off a loss into this one, falling on Saturday to Iowa State. Prior to that, the Sooners had won four in a row, including wins over Texas and Kansas State. The Sooners will also be looking to push their conference record to 3-1 if they can upset the Jayhawks at home.

The Jayhawks come into this one as 6.5-point favorites despite playing on the road. The over/under for total points scored is 139.5.

Key For Kansas Will Be Dotson

Devon Dotson has already cemented himself as a star for the Jayhawks, but the question for Dotson and Kansas is how he can perform while injured. The guard suffered a hip pointer in the loss against Baylor. While the plan is for him to play through it, it was evident on Saturday that he was in pain.

The sophomore is currently averaging 18 points, 4.4 assists and 3.8 rebounds, so his ability to be productive is crucial for Kansas.

Taking Oklahoma And The Points

If Dotson was completely healthy, I think I would lean Kansas, but he struggled in the second half on Saturday. Granted, he will have had a couple of days off, but hip pointers can linger, and Dotson is such a big part of the Jayhawks’ offense.

Throw on top of that the fact that Oklahoma plays Kansas tough at home (they have won the last two meetings in Norman), and I think the Sooners and the points could be the smart play. For my money, I am taking Oklahoma at +6.5.