Illinois vs Missouri Basketball Prediction & Picks: Will the Illini get the best of the Tigers in St. Louis? 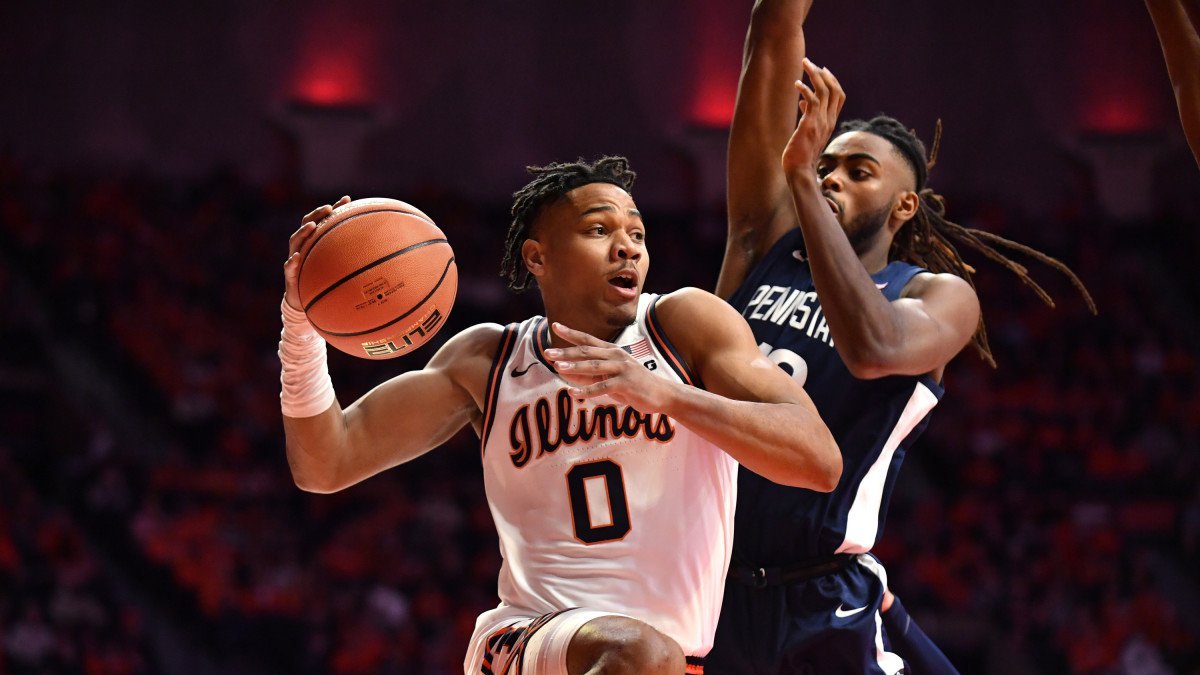 Last year, Illinois ended a three-game losing streak against Missouri with a blowout win. Tonight, they will look to continue a notable trend in the Braggin’ Rights matchup as the #16 Illini (8-3) take on the Tigers (10-1) in their annual showdown at the Enterprise Center in St. Louis.

Tonight’s matchup is scheduled to tip off at 9:00 pm ET (8:00 pm local time) and will be televised on SEC Network.

Last year, the Illini walloped the Tigers 88-63, picking up their 33rd win in 52 meetings with the Tigers.

The Illini are favored to make it back-to-back wins, and the odds aren’t the only thing in their favor.

What notable trend is likely to continue tonight in St. Louis? Read on for our Illinois vs Missouri prediction, as well as our betting analysis and picks.

Want to maximize your college basketball betting profits? Until Sunday (December 25), you can opt-in at Caesars Sportsbook to receive a 33% profit boost token to use on a college basketball parlay (4+ legs and minimum odds of +400). This promo will end at 11:59 pm local time on Sunday.

Game odds are via FanDuel as of Thursday, December 22, 2022, at 5:30 pm ET. This article may also include odds from our other recommended legal sports betting sites.

With the exception of 1982, Illinois and Missouri have met on the hardwood every year since 1976.

Since the current run of annual matchups started in 1983, the series has been based on streaks.

So, history is definitely on Illinois’ side tonight.

So is the fact that they are a better team. Missouri has done well in Dennis Gates’ first season in charge, and they were pouring in the points in their 9-0 start. b

But their 95-67 loss to Kansas a dozen days ago showed that the Tigers aren’t quite ready for the big time just yet.

Notable Numbers for Illinois and Missouri

More of the same will be needed to take down the Illini who has already shown that they can beat the best of the best if they’re on.

Illinois has three losses already and is 0-2 in the Big Ten after falling to Maryland and Penn State, the latter at home.

But they also have wins over UCLA and Texas, and they are currently projected to be a #5 seed in the NCAA Tournament, as per ESPN’s latest Bracketology update.

Leading the way for Illinois is Texas Tech transfer Terrence Shannon Jr., who is averaging 17.8 PPG. Shannon has scored 16+ points eight times this season, including 29 against UCLA and a season-high 30 against Monmouth.

The one big question mark about the Illini is who the other top option is behind Shannon. They may be averaging 78.1 PPG, but Shannon is their only double-digit scorer.

Last year, they were hamstrung by not consistently having offense beyond big man Kofi Cockburn, and that issue needs to not resurface if the Illini want to reach their high ceiling.

But there is reason for optimism there, as Baylor transfer Matthew Mayer has scored 21, 14, and 21 points in his last three games after averaging only 5.6 PPG in his first eight games.

In the win over Texas, Mayer made all five of his three-point attempts and was 8 of 10 from the field.

Illinois vs Missouri Prediction and Picks

There are questions about whether or not the Illini will hit their ceiling, but they are better and more tested than the Tigers are.

I don’t think they will win by 28 like Kansas did, but I don’t see this one being all that close in the end. Look for Shannon to have a strong showing in St. Louis and for Mayer to continue his recent scoring in a comfortable rivalry win for Brad Underwood’s squad.