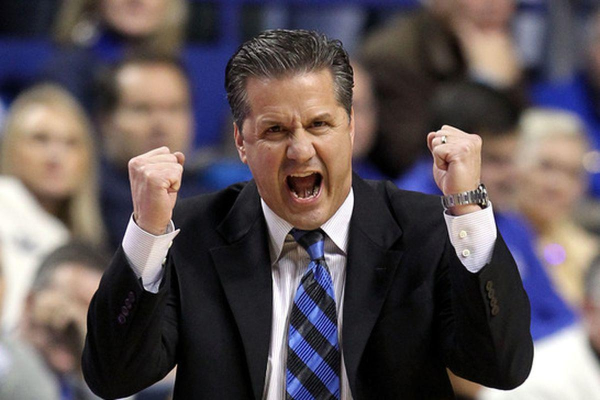 Two of the most heralded college basketball teams in the nation are the main event of the Champions Classic held at Bankers Life Fieldhouse in Indianapolis. The first game is at 7PM which pits the Kansas Jayhawks against the Michigan State Spartans. The second game may be the best of the opening day slate as the Duke Blue Devils take on the Kentucky Wildcats. Both of these teams come off of pretty disappointing results in the tournament last year and are looking to use this game as a springboard for success the rest of this year.

Both of these teams are young with a host of freshmen who will declare for the draft after this year. Look for this game to be very exciting with a lot of running up and down the floor. They are going to play tough so that they can prove themselves day in and day out. The Wildcats are favored in this one by 1.5 points.

Duke has one of the most talented incoming freshmen classes in recent memory for any Division 1 team. They have the top three players in the 2018 class coming in along with the #15 and #33 ranked players in the class. RJ Barrett, Cam Reddish, and ZionWilliamson highlight a group that is looking to compete this year. One thing that might surprise opposing teams this year is the ability to play defense.

They are long and athletic and have the resume to play really good defense. Williamson is going to be a player unlike we have ever seen on the floor. He’s going to be a player who can defend all five spots on the floor and have the ability to shoot the ball. This Duke team might be one of the better teams that Coach K has had in his tenure at Duke.

Kentucky is a program that has five of the top 37 players in the 2018 class. They will be led by EJ Montgomery, Ashton Hagans, and Keldon Johnson. The key for Kentucky this year will be transfer Reid Travis. The two-time all Pac-12 performer from Stanford will look to batten down the inside for Kentucky. Travis is taking a graduate student year and this will be his final in a college uniform.

With as much talent on the roster for Kentucky this year, you can imagine that hopes are high. This game is important for Kentucky because they need to establish an identity early on this season and this is going to be a tough game to do it in. With so much talent on the floor at one time, these teams are really going to end up battling it out. Kentucky is the lesser defensive team, but may have the better offense with all the shooters that they have coming in along with Travis on the inside.

This is going to be a street fight in Indiana. Both of these teams are hungry to get off to a good start and Kentucky might be better suited for a win. If I have learned anything from Coach K it is that he is okay with taking his lumps in the non-conference schedule in order to better prepare his teams for the postseason.

For that reason, I think Kentucky will come out and shoot the ball really well allowing them to gain an early advantage. They are going to try and find which rotations work the best and which they’ll want to have out on the floor most often. This is going to be a game that comes down to the final minutes but Kentucky squeaks it out. Bet the Wildcats