College Basketball Remains in the News Cycle as September Arrives 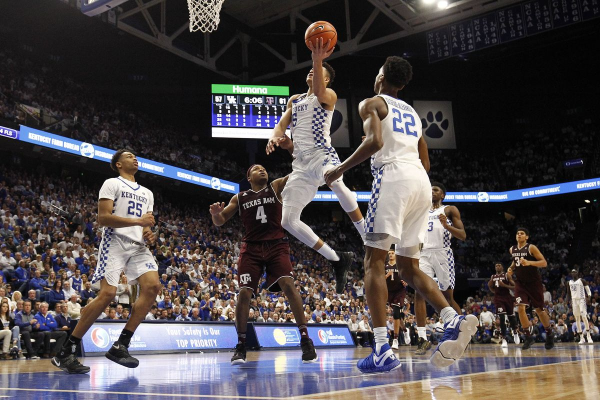 College football and the NFL are about to take over the sports spotlight. But even in the middle of summer, the college basketball world is finding ways to grab headlines. Here are some noteworthy stories you may have missed over the past week.

Say goodbye to the RPI. The mysterious ranking system fans obsess over every March is no more. The NCAA announced last week that the RPI has been replaced with a new evaluation tool called NET that will be used by the NCAA Tournament selection committee. NET will take into account game results, game location, margin of victory or defeat, strength of schedule, offensive and defensive efficiency, and the quality of a team’s wins and losses. It will not, however, take into account the timing of games. NET will be calculated starting in early December and will be updated daily until Selection Sunday.

San Diego State has given head coach Brian Dutcher a contract extension through the 2022-23 season. Dutcher was a longtime assistant of Steve Fisher and took over for his mentor following the 2017 season. In his first season at the helm, Dutcher led the Aztecs to a Mountain West title and a spot in the NCAA Tournament.

Anthony Mack has been given a waiver to play for the Miami Hurricanes this season. The 6’6’’ guard originally enrolled at Wyoming last year but never played because of injury. The Las Vegas native will now be able to suit up right away after transferring to Miami. The Hurricanes lost both Bruce Brown Jr. and Lonnie Walker to the NBA Draft, so getting Mack eligible right away is vital for their backcourt.

Clemson forward David Skara is heading back to school. Skara declared for the draft but didn’t sign with an agent, allowing him to return to school if he went undrafted. After not liking his prospects overseas, Skara will be back with the Tigers in 2018-19 for his redshirt senior season. He figures to be a role player for the Tigers, but he should be a key part of a team that reached the Sweet 16 last season.

Another ACC team is getting help for next season. The NCAA will allow N.C. State guard Blake Harris to play right away after transferring from Missouri. Harris announced last January that he would leave Missouri, and he ended up at a school near his hometown of Chapel Hill. He played 14 games, including nine starts for the Tigers last season, averaging 3.8 points and 3.1 assists in 14 minutes per game.

East Tennessee State is the new home to former Oklahoma State transfer Lucas N’Guessan. The 7-footer from the Netherlands spent the last two seasons with the Cowboys as a reserve, averaging just 1.4 points and 1.9 rebounds per game this past season in limited playing time. He’ll sit out the upcoming season but then have two years of eligibility with the Buccaneers, providing them with more size than most SoCon teams are accustomed to seeing.

The Iowa State Cyclones are getting a big piece of their team back. Forward Cameron Lard has rejoined the program after missing summer workouts to enroll in a wellness center. The stint became necessary after drug paraphernalia charges that were ultimately dropped. He was also caught at a bar while underage. Iowa State coach Steve Prohm is hopeful Lard’s off-court problems are behind him and that he will make better decisions in the future. If he stays out of trouble and stays on the court, Lard could be an impact player after averaging 12.6 points and 8.1 rebounds last season. He will be a redshirt sophomore for the upcoming season.

We’ll close with an update on the uplifting story of Texas guard Andrew Jones. After being diagnosed with leukemia in the middle of last season, Jones has officially completed his chemotherapy treatment. He was the team’s leading scorer before he started to feel fatigue and was ultimately diagnosed with leukemia. Over the summer, Jones was able to move back onto campus and take online courses. There was also video evidence of Jones playing pickup basketball earlier this summer. Whether he returns to the Longhorns next season remains to be seen, but this is another important step in the right direction.