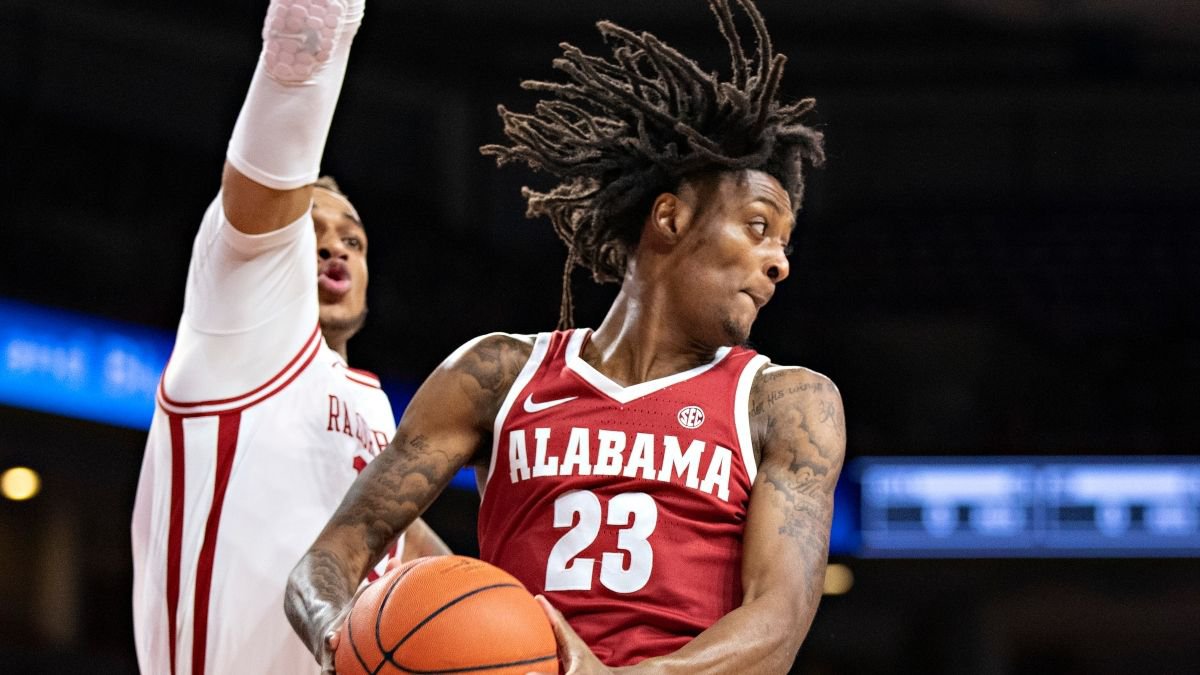 We have another couple of Top Ten teams in action on the road today. Florida State looks pretty safe with their visit to Miami but Alabama might get pushed at Arkansas in what should be the game of the day.

It is a pretty quiet Wednesday slate overall. Let’s have a look at some of the key games.

NC State is not having the competitive season it was hoping for. An injury to leading scorer Devon Daniels is not helping, but even before that loss, the Wolfpack were scuffling. It is kind of a shame as the ACC has been anything but normal this season. NC State could have broken through, but so much for that. I am not buying too into their recent blowout win against Wake Forest.

Virginia has lost their last two games and I can’t remember the last time they lost three in a row. I am not sure what was worse either, getting blown out by Florida State or losing to Duke by a point, maybe the former influenced the latter. I do know which one stings more so Virginia might have a bit of a hangover on Wednesday night. Once they get over it they should dominate. I am just not seeing how the Wolfpack get enough offense to keep this one close.

Florida State is at the top of the ACC right now. They will be favored in all of their remaining games so it looks like they could easily win their second regular-season title in a row – that is not a typo. That is just one indicator of how far apart these teams are on the hardwood right now. Florida State is completely healthy and super deep this season. They are certainly not perfect but there are no indicators this is a spot for a slip-up.

Miami just got dominated by Georgia Tech in their last game. They did not even score 20 points in the first half against a Yellow Jackets team that most would see as average defensively. Miami tries to slow things down to give themselves a chance but usually, the empty trips add up as this team struggles to score. Guard Chris Lykes is out for the season and even though he is small they could have really used his ability to penetrate the defense in this one.

This should be one of the most fun games of the season…maybe. On paper, it looks good until you see that Alabama dominated 90-59 when they met in Tuscaloosa the last time. This one has to be better than that, right? Alabama is still super explosive but not quite as hot as they were earlier in the season. They are underdogs though and that is very intriguing. They should be motivated.

The Razorbacks have not lost in February, a perfect 4-0 SU and ATS. Two of those were upset wins at Kentucky and at Mizzou so this team is playing as well as they have all season. Arkansas is in second place in the SEC, though catching Alabama at the top is unlikely, and shifts to impossible if they lose. I like this team a lot. They score really well and can defend at the rim. To beat Alabama they have to defend the three-point line too and I not seeing them bridge that gap enough to upset in this one.

Xavier did some good work early but then had a COVID pause and have been just 1-2 since that break. Xavier won by just a point when they hosted Providence last month and that result is probably indicative of the fact that these teams are pretty even when it comes to overall talent. Xavier has some work to do in terms of building their Tournament resume so a conference road win would be really helpful.

At this point, Providence only has one path to getting to the NCAA Tournament and that will be winning the Big East Tournament next month (something I think they could actually do). Providence is so frustrating because you can see the obvious talent of David Duke and Nate Watson. I love Duke’s game but sometimes he needs to take a breath and just make the next play instead of trying to do too much.

When he is patient this team can play with anyone in the Big East. I have been burned before but I am going to back the home side.