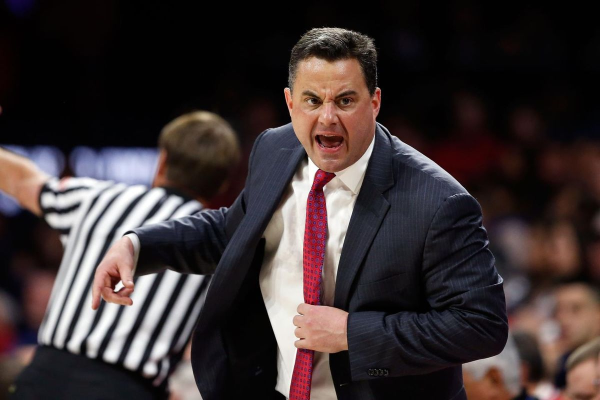 Even though it’s May, there’s still a lot going on in the college basketball world. Between investigations and transfers, there’s a lot we need to catch up on from the past week.

In the least shocking news of the century, the NCAA has launched an investigation into the Arizona basketball program. The school has denied reports of a current investigation, but one seems inevitable with the program front and center in the recent court case into the corruption inside college basketball. During the trial, former Arizona assistant Emanuel “Book” Richardson was heard on a wiretap saying that Arizona head coach Sean Miller paid former center Deandre Ayton $10,000 per month when he was at Arizona. Richardson also pled guilty in January to accepting bribes in exchange for pushing Arizona players to Christian Dawkins, an aspiring agent and one of the defendants in the court case.

North Carolina usually doesn’t have a problem luring blue-chip recruits, and this past week they were also able to add one of the top grad transfers on the market. William & Mary forward Justin Pierce has chosen the Tar Heels over offers from Notre Dame and Michigan. Pierce has averaged over 14 points per game in each of the last two seasons. He’s the second grad transfer to head to UNC after Charleston Southern guard Christian Keeling pledged to go to Chapel Hill in late April. To be fair, the Tar Heels are losing Luke Maye, Nassir Little, Coby White, Kenny Williams, and Cam Johnson. But they’re also adding Cole Anthony, one of the top high school prospects in the country.

The Purdue Boilermakers dipped into the grad transfer market this week by adding High Point’s Jahaad Proctor. The 6-3 Proctor was an All-Big-South selection after scoring 19.5 points per game this past season. He has a chance to become an important part of a Purdue backcourt that has to replace Carsen Edwards after the team’s run to the Elite Eight.

Gonzaga was hit hard by early departures to the NBA, but they’ll get some immediate help from Texas A&M grad transfer Admon Gilder. The 6-4 guard missed this past season because of a blood clot in his bicep. However, it appears as if he’s been cleared to get back on the court. Gilder was A&M’s second-leading scorer two seasons ago when the Aggies reached the Sweet 16, averaging 12 points per game after averaging over 13 points per game as a sophomore.

Georgia Tech added an old-school transfer this week in the form of VMI sophomore Bubba Parham. After leading the Big South Conference with 21.4 points per game this past season, the 5-11 Parham is going to test himself with a move to the ACC. However, he’ll have to sit out next season and then have two years of eligibility with the Yellow Jackets.

Elsewhere in the ACC, the Clemson Tigers will get some immediate help next season from Tulsa grad transfer Curran Scott. The 6-4 guard averaged just under nine points per game and shot just under 40% from the perimeter last season. The Tigers are losing their starting backcourt of Shelton Mitchell and Marcquise Reed, who together averaged over 30 points per game last season, so they’ll look to Scott to help make up for some of that lost scoring. Clemson is also getting some long-term help with Nick Honor transferring from Fordham. Honor was the leading scorer among freshmen in the Atlantic-10 last season. He’ll have to sit out next season, but the 5-10 guard will then have three years of eligibility left with the Tigers.

After a disastrous season in 2019, the Miami Hurricanes will soon get some much-needed size from 6-11 big man Nysier Brooks, who is transferring from Cincinnati. Brooks averaged eight points, six rebounds, and 1.5 blocks per game for the Bearcats this past season. However, he’s not a grad transfer, so he’ll have to sit out next season before spending his final year of eligibility with the Hurricanes during the 2020-21 season.

Minnesota has added forward Alihan Demir as a grad transfer from Drexel. Demir is a skilled 6-9 forward from Turkey who averaged close to 15 points, six rebounds, and nearly three assists per game last year. He’ll join a Golden Gophers team that will have a lot of new faces next season with three incoming freshmen and two transfers in Marcus Carr and Payton Willis who sat out last season. Of course, Minnesota could end up losing their top two scorers depending on whether Amir Coffey remains in the draft or returns for his senior season.