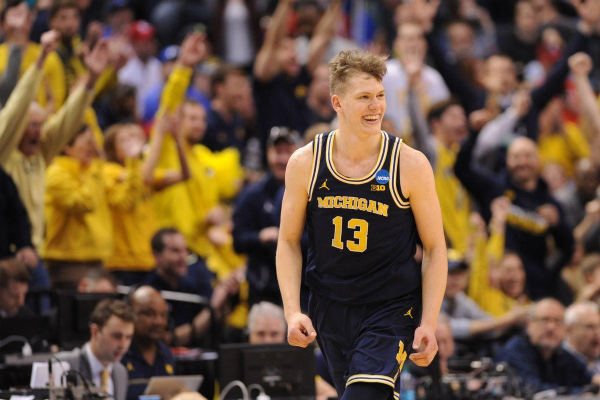 The Michigan Wolverines travel to Evanston to take on the Northwestern Wildcats in each’s second conference game of the year. The Wildcats are coming off of a close loss at Indiana on Saturday. The Wolverines, however, are coming off of their third stomping of a top 25 team this season already. Michigan is all the way up to 5th in the AP poll after these impressive performances and an undefeated season so far.

John Beilein has this Michigan team rolling coming into this game as arguably the best defense in the country. Michigan’s ability to shut down every team’s top options has been uncanny this season. Even last game, Carsen Edwards scored 19 as Purdue’s best option, but that came on 7-21 from the field. What Michigan is doing is shutting down your best player and also playing good defense everywhere else.

Michigan’s offense has been very good as well and their own defensive strategy may struggle with their offense. Michigan’s offense has not struggled to score at any point this year, but they have not relied on anyone to get them there. They use 6 key rotational players and a seventh that gets quality time. The rotation is rather equal and all of these players contribute in an oddly similar way. All six average between 4.1-6.1 rebounds per game, they have 3 players averaging double-digits in points per game. The lowest scorer of the 6 is the leading assist man on the team. If you gave a coach 73 points a game and 39 rebounds a game, what Michigan is doing what most coaches would ask for.

Northwestern has 2 losses on the season. One close loss to a competitive team and a really bad loss to Fresno State on a neutral site. Now, this “neutral site” was at Cal State Fullerton, obviously favoring Fresno State in terms of location. During this bad loss, the clear factor was Northwestern’s lack of shooting in that game shooting 35% from the field and 27% from the 3-point line. This was a bad loss to an average, at best, team. However, there are a lot of things from the statistics of that game that lead me to believe that if these teams played again, I believe that this would be a close game.

Northwestern’s rotation consists of 4 key players and 6 other players that get time for the most part. Northwestern has 4 starters that receive more than 30 minutes and all of those players average over 10 points per game. This is the biggest concern I have for Michigan in this game. We have seen Michigan really play great defense against star players like Carsen Edwards and Luke Maye, who play different positions entirely, holding them significantly below season averages.

Keying in on these players should theoretically hurt the rest of their team defense, but that has not really shown up yet if that does become an issue for them. I assume that this key player will be Vic Lewis. Lewis is averaging 17 points per game on 44% from the 3-point line. I think that Lewis is the one that can carry this team to victories over more talented teams.

For the second game in a row, Michigan is facing a team that I believe needs to shoot well to stay in the game and I am not at all confident in Northwestern’s ability to do this. Also, Michigan’ offense should give problems to this Northwestern defense. Their balance and lack of reliance on one particular player should help them avoid losses to inferior teams because they should avoid really bad shooting nights more than most teams. This is not Michigan’s first true road test and they passed that test with flying colors thrashing Villanova by almost 30 points. I think that Michigan’s talent and consistency should be enough to run away with this game at some point so give me Michigan(-5.5).