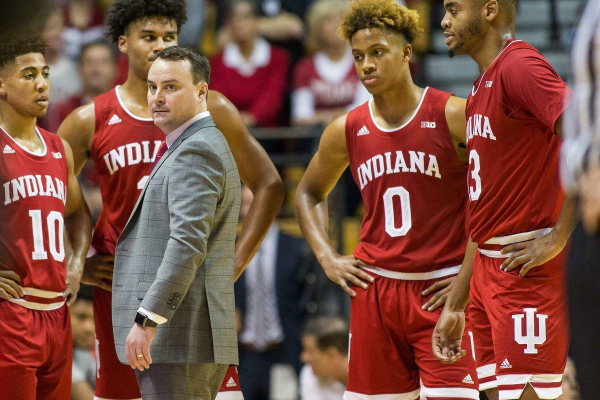 The Michigan Wolverines will look to stay undefeated when they host the up and coming Indiana Hoosiers on Sunday afternoon. Michigan has not slowed down since an exciting run to the National Championship Game a season ago. The Hoosiers are trying to get back into the National spotlight, and look like a real contender in the Big Ten Conference this season.

Michigan is off to a 14-0 start this season and have won their first three Big Ten games in convincing fashion. The Wolverines have climbed up to number-two in the latest AP rankings, and have three wins against top-25 opponents already this season. Indiana is also 3-0 in conference play, and bring a 12-2 overall record into this matchup. The Hoosiers suffered a blowout loss to Duke earlier this season, as well as a close loss to Arkansas. Michigan is -8.0 over Indiana in this game.

Michigan head coach John Beilein is an offensive genius, and he has a trio of talented players at his disposal this season. Surprisingly, freshman Ignas Brazdeikis leads the team with 16.4 points per game while shooting nearly 50 percent from the field. A pair of guards, Jordan Poole and Charles Matthews, are also having monster seasons for the Wolverines. The dynamic duo is averaging a combined 27 points per game, and both players can knock down shots. Michigan’s defense is tough to stop, and they are usually deadly at home.

Another reason for Michigan’s hot start this season has been the incredible play of their defense. The Wolverines are giving up just 55.1 points per game this season, which is the third-best scoring defense in college basketball. Michigan uses a variety of defenses, but all of them seem to be working this season. If the Wolverines continue to defend at a high level, another Final Four trip could be in the cards.

There was plenty of hype surrounding Romeo Langford’s arrival on campus in Bloomington, but the young freshman has lived up to it all. Langford leads the team with 18.3 points per game this season and has shown the ability to carry his team when they need it. The freshman superstar is shooting just 21 percent from the three-point line but has the ability to finish at the rim with some highlight reel plays. Senior Juwan Morgan has also been a huge part of the Hoosiers’ success this season. Morgan is averaging 16.1 points and 7.8 rebounds per game while shooting over 67 percent from the field. Morgan and Langford will need to have monster games if Indiana is going to pull off the upset.

Indiana is giving up just 64 points per game this season, but their defense has struggled against some of the best teams on their schedule. The Hoosiers gave up 90 points to Duke early in the season, and they will be tested again against the Michigan offense. Indiana likes to try to create turnovers on defense, but that will be hard to do against the solid guards for Michigan.

Indiana will be a contender in the Big Ten all season long, but playing on the road is never easy. The Hoosiers have shown a few leaks in their defense at times, and that could be a huge problem against the Wolverines. Michigan will likely lose a game at some point in January, but it won’t be in this game. The Wolverines are simply too good, and they will cruise to a comfortable win over the Hoosiers. Bet Michigan -8.0 over Indiana in this Big Ten showdown on Sunday.

Tonight’s NBA betting schedule is lacking in overly compelling matchups, but tonight’s action will also be taking place with a few notable names missing. Booker, Morant, and Lillard Sidelined Tonight and Beyond Booker Out Versus Pistons Due to Hamstring Injury The Phoenix Suns lost Devin Booker (hamstring) on Tuesday against Golden State but closed out END_OF_DOCUMENT_TOKEN_TO_BE_REPLACED